Now reading: Guide to choosing hotels in Durban – Where best to stay in Durban

Durban – the country’s third largest city – is known for its 100 kilometres of beach, all-year-round warm weather, and thanks largely to the colonial British Indian indentured labour system, more people of Indian descent than anywhere else in the country.

With attractions like uShaka Marine World, upmarket curry and seafood cuisine, a gammet of new and stylish hangouts in Florida and Helen Joseph Roads, trendy neighbourhoods like Glenwood and Morningside, a thriving business sector in Umhlanga and Durban North, and easy access to the Valley of a Thousand Hills and the Drakensberg, Durban is an easy contender for visitors’ attention. 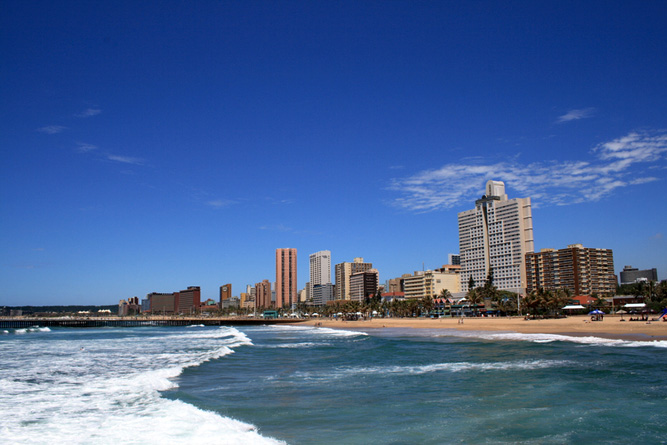 IN DURBAN FOR THE BEACHES

Durban’s beaches are, arguably, its top attraction. Surfing spots like Bay of Plenty and Dairy, and bodyboarding favourite, North beach, have placed it firmly on the map, whilst swimming is possible right along the coast thanks to shark nets and lifeguards on duty. The Indian Ocean’s predeliction for swells, particularly around Addington, rather than the more powerful surf of Cave Rock, Brighton and Anstey’s (left to the surfers) means one can stay in the water for hours on windless days. Umhlanga Rocks beach has become Durban’s trendy hangout with beachside eateries and hotels usurping Durban’s main beachfront as the beach of choice.

Examples of boutique hotels / luxury guest houses in Durban with easy access to the beach:

ONE: The Square Boutique Hotel, Unhlanga Rocks  – based on Umhlanga Rocks Drive this contemporary hotel offers king-size beds, all the luxury services you would expect from a hotel, Internet Protocol television, an on-site restaurant, roof-top pool and fitness centre with easy access to the beach and shopping 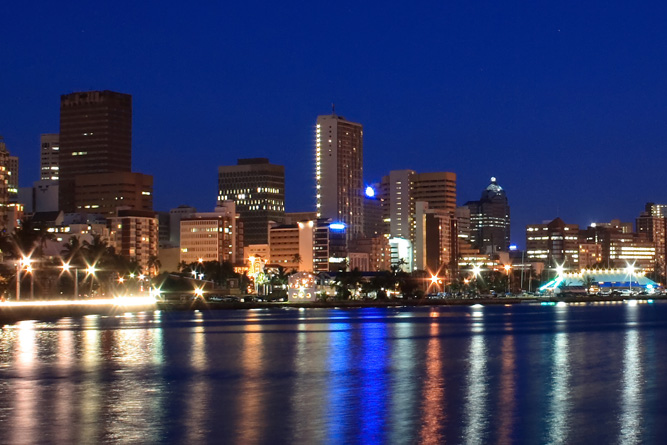 IN DURBAN ON BUSINESS

It’s no secret that Durban’s CBD, in similar vein to Pretoria and Jo’burg, was allowed to run to ruin. Business didn’t wait around long before it began a mass exodus to Umhlanga – Durban’s new business district. And whilst revival projects, like that for the 2010 Soccer World Cup, and the Point Waterfront, have set some change in motion business remains resolutely out north, close to King Shaka International airport.

THREE: The Riverside Hotel, Durban North – close to the International Convention Centre, Gateway, the business district of Umhlanga and the trendy restaurants of Morningside, this hotel rests on the banks of the Umgeni River Mouth. This is four-star luxury with all the comforts of a business stay – air-conditioning, an internet café, and inhouse restaurant and bar.

FOUR: Teremok Lodge, Umhlanga Rocks – an historical mining magnate’s home has been transformed into a luxurious hideaway for those in Durban on business. Sea views and your own balcony add to the other extras like free ADSL connection and flat screen TV, a wellness centre, pool and large lounge with an honesty bar.

Also See: Other hotels in Umhlanga 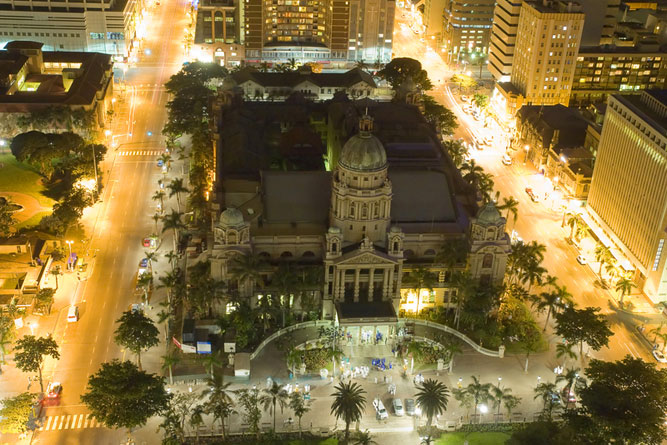 IN DURBAN FOR THE ATTRACTIONS

A drive to the Indian market in Dr Yusuf Dadoo Street (Grey Street) for spices, curry powders and bright material, dolphin viewing at uShaka Marine World, a meal at Wilson’s Wharf, a Rick Shaw tour, a walking tour of Durban markets, a visit to the Juma Mosque, Durban’s famous Botanical Garden, the Umgeni Bird Park, riding the SkyCar up the stadium arch at Moses Mabhida Stadium, or shopping at the Gateway Mall, there is much to choose from. Staying in Durban’s leafy suburbs will give you easy access to any and all of these.

FIVE: Essenwood House, Berea – a charming little hotel set back from the road within walking distance of Musgrave Centre and with easy access to the freeway, the rooms are air-conditioned, spacious and set in lush gardens with a swimming pool.

Also See: Other hotels in Durban 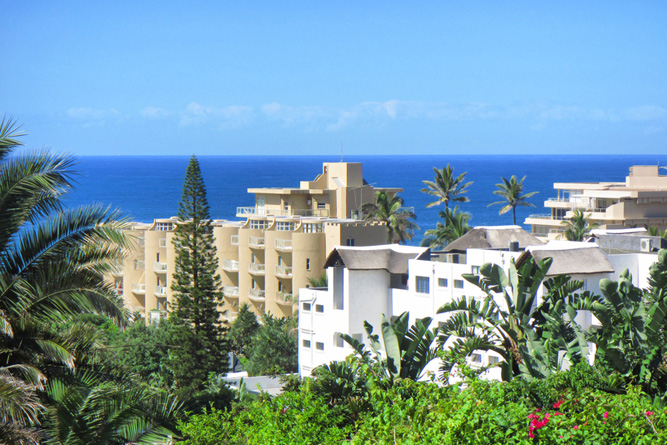 IN DURBAN FOR THE NIGHTLIFE

SEVEN: Florida Park Hotel, Morningside – set right in the heart of Durban’s dining district, this quirky hotel gives you access to a part of the city with a colourful nightlife – nightclubs, bars, restaurants. 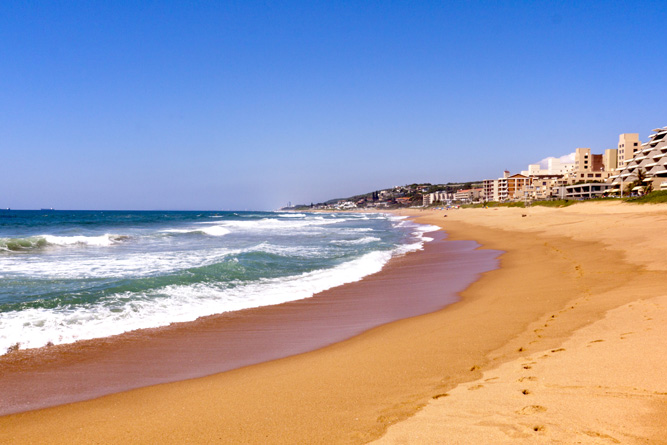 Durban’s Valley of a Thousand Hills, the Midlands Meander and the Drakensberg all provide wonderful day trips or weekends away. Ideal spots to stay include Kloof, Hillcrest, Westville or Gillitts.

Also See: Other accommodation in Durban.