If you haven’t already taken up gardening since having a wee bairn, there is always time. Garden nurseries have undergone a metamophosis in the last generation as more and more of them cater for children and parents gasping for five minutes’ down time in an environment that isn’t a shopping mall. And, inbetween, you acquire a plant or two… 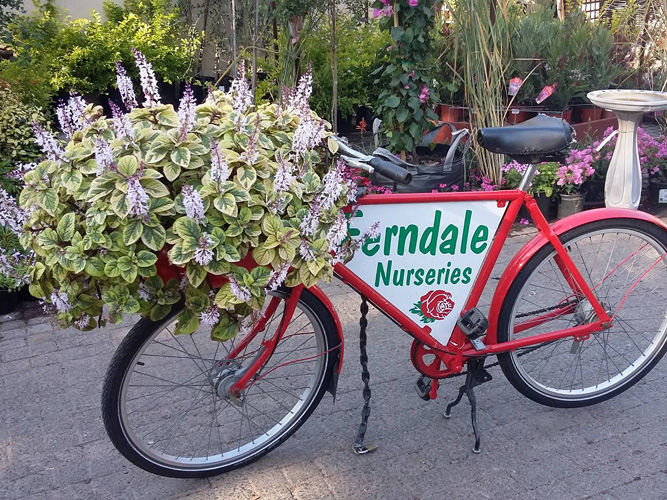 My all time favourite nursery lies in the pretty southern suburbs. Ferndale is a classic for children, and doesn’t suffer from the pretension or the ‘nursery supermarket’ syndrome that some of the larger, corporate nurseries (like Bugz in the northern suburbs) have succumbed to.

It does sadly lack a coffee shop, however, the reason for which I have never been able to establish – it’s not as if there isn’t room for one, or absence of demand; the place, on the contrary, cries out for one.

Ferndale Nurseries lies in the crook of Brommersvlei Road in the heart of Constantia. It’s been around for 75 years and the nursery is crammed with a litany of plants, herbs and even vegetable seedlings.

There are also ducks, fish, rabbits, an enviable aviary and a play area that includes a sand pit, swings, slides and a jungle gym – most of these you will find in the lower reaches of the nursery alongside a pond where a host of noisy ducks and geese hang out, waiting for feeding time. There’s plenty of shade,  benches for moms and dads, and a pretty little lavender maze. There’s just no tea room…

Harry Goemans Garden Centre in Kommetjie Road, Sunnydale (which is more-or-less in Fish Hoek) is a treat. Not least because of the Easy Dig Café. It describes itself as a ‘rustic and quaint spot’ as indeed it is. This is a weekend haunt of note and extremely popular. The kiddies play area isn’t huge, but it’s got the functional jungle gym and swing area.

It’s the coffee shop that really draws the crowds – anywhere that serves all day breakfasts, to my mind, has a winning formula.

The café, which has seating both inside and out, serves a great mug of organic coffee, a series of homemade cakes, including wheat, gluten and dairy-free options, great lunches and is open seven days a week. It’s also extremely pretty and ideal for kiddies’ parties.

Harry Goemans nursery, in the meantime, stocks quite a selection of indigenous plants, many of them grown on their farm in Houw Hoek, which makes it all seem that much cosier to my mind, that they grown themselves and don’t just ship in as so many nurseries do these days. There is an element of care involved. 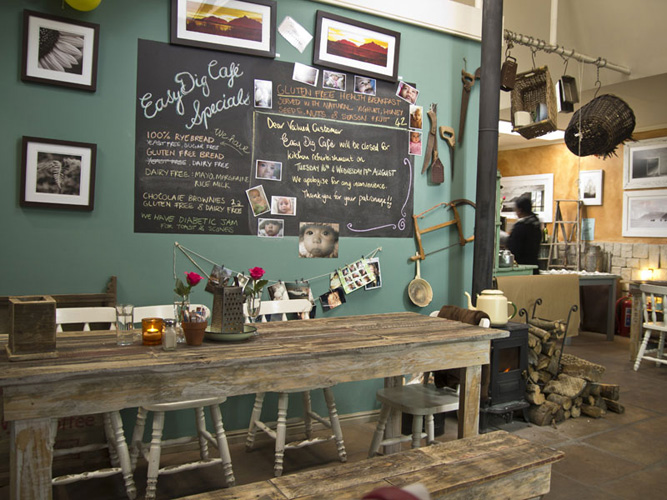 I’m cheating a little by adding the Kalk Bay Garden Shop, as it doesn’t have a child’s play area; not officially. But it is so pretty and the tea garden so great, and it is out of doors and children are treated with a huge dose of tolerance, so, in effect, it may as well have.

Situated on what is known as the ‘treasure mile’ in Kalk Bay, you cannot miss the garden shop and tea room – its walls are bright pink and its picket fence yellow – and you can see the sea from the road over the low slung wall at the back of the nursery.

It is also a treasure trove of plants, pots, statuettes, miniature bonsai, and bird cages filled with flowers, all arranged in a topsy turvy, crammed to the roof style that is at once engaging and overwhelming. One rarely comes away without having bought something.

The Plant nursery at Imhoff Farm in Kommetjie is another that shouldn’t officially be here. It doesn’t have its own play area for children, or a tea garden. However, it does lie in amongst at least two restaurants and three play areas for children.

And there is a deli, art studio, crafts shop or two, snake park and a couple of shops and stalls that make a visit here rather a long one. Actually, Imhoff Plants is in danger of becoming something of a ‘wall flower’ there is so much else to attract you to the village.

It lies to the right side of the parking lot, just outside the gateway into Imhoff village, its archway decorated by a beautiful flower mural and several colourful ‘windmills’ that turn vigorously in the wind.

It specialises in herbs, a useful piece of information that isn’t immediately obvious, and they also have a host of seedlings, indigenous plants and aloes, cacti and fruit trees. And the plethora of little gnomes and fairies makes it that much more attractive to children. 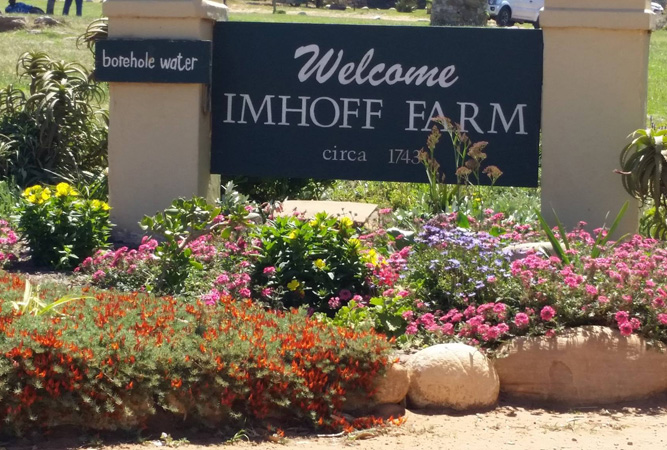 On the other side of Cape Town entirely lies the Toos Van den Berg Garden Village, in Klein Joostenberg. This fits the bill completely – child play area and tea garden. On top of that, it’s what they describe as a ‘REAL’ country-style garden centre.

And I can vouch for that, as we’ve visited here and it is delightful. The nursery is in a league of its own, in the sense that it is a hive of art, trees molded into the shape of creatures, furniture made from raw timber and the feeling that you are in the midst of a forest.

It was also one of the first to ascribe to this way of combining a nursery with the very best of nature and other art forms.

There are waterfalls and fish ponds in amongst a myriad plants grouped together in the most unusual forms – no straight rows of plants here – and over 80% of the plants are indigenous, although Toos does have a love for the exotic too and grows orchids and trees from all over the world.

Back again to the peninsula and Red Hill, where you will find another gem of a nursery that caters both for children and for tea, and in a thoroughly original and beautiful way. The Good Hope Nursery is gorgeous (we wrote a blog about it here) and leads the way as far as indigenous plants go.

We didn’t get to sample the tea as the shop was closed for renovations and a re-think, but if their website is anything to go by, they are now open again and well worth a visit. 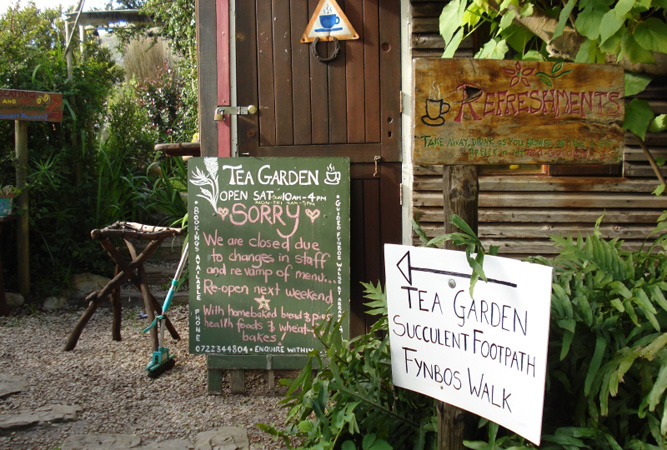 Other nurseries that have both a tea garden and children’s play area include: