Impossible though it is to come up with a finite list, here are 15 of some of South Africa’s most internationally famous visual artists… 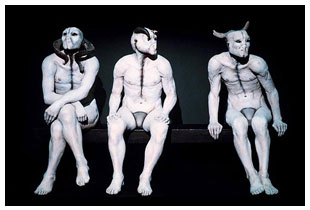 Born in 1959 in Johannesburg, Alexander claimed the limelight, whilst still a student, for her piece The Butcher Boys – three life-size sculptures of strangely deformed men with animal horns, sitting on a bench.

Since then the highly regarded artist has produced Bom boys and Lucky Girls – her interpretations of street children from Long Street, Cape Town where she lectures at Michaelis School of Fine Art.

1906 – 1982 – is considered South Africa’s heavyweight abstract painter and creator of the ‘Fook Island’ concept. Born in the Karoo, he was heavily influenced by the archaeology and rock art of his youth in Koffiefontein. People respond to his works’ joie de vivre, appreciation of beauty, and sensual presentation of the human body. 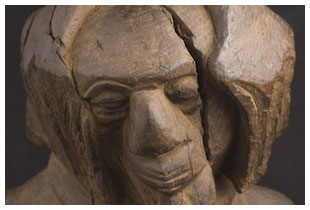 Born in 1953, Dumas grew up on her father’s winery in Kuilsrivier but lives and works in Amsterdam where she is regarded as one of the most influential painters today.

Known for her thought-provoking subject matter, and her unique approach to the way she uses the canvas, she merges political discourse, personal experience and art historical references.

1923 – 2010 born to a Shangaan migrant worker who taught him to carve household objects, Hlungwani began carving fulltime after his career as a miner came to an end when he lost a finger. He lived in a village near Elim and is one of the most critically acclaimed South African artists, best known for his carvings of fish. 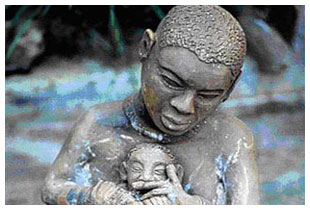 Born in 1955, Kentridge is ranked as the ninth most significant modern contemporary artist in the world for his prints, drawings and stop motion animated films, shadow plays, mechanical puppets, sculptures, and live performance pieces. He is most famous for using only charcoal, with a touch of red or blue pastel, to create near-expressionist works that commented on apartheid.

Born in1938, Mabasa is a Venda artist best known for her ceramic and wood works. She is completely self-taught and a full-time artist since 1976. Much of her work is dream-inspired. Her ceramic figures painted with enamel won her both national and international acclaim during the 1980s. 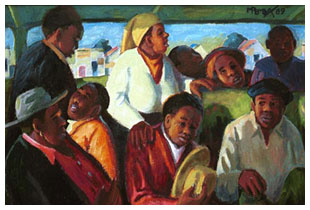 1967 – 1999 one of the original Ardmore Studio’s young ceramicists, Ntshalintshali had no art background or training.

Her childhood polio made her unfit for farm tasks and she was instead taken on as a student by Fee Halsted, the owner of the farm. They went on to jointly win the 1990 Standard Bank Young Artist Award. It was difficult to divorce their work as they relied heavily on one another’s creative influences, despite their very different styles.

1912 – 2001, with no formal training and huge financial responsibilities for family, Pemba was not able to obtain formal art training, or become the full-time artist he desired to be, despite his obvious talent. In the 1980s, late in his career, things changed and he began to receive recognition for his work. Commercial success followed. Pemba dreamed that art would promote healing and tolerance in Africa. 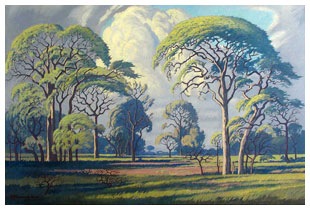 1886 – 1957 was a landscape artist who is considered one of the old South African masters.

He had a very definite style that reduced the landscape to a series of geometric structures, using flat planes, colour and lines. He believed that South African artists should have their own style and set of rules to follow, divorced from the English system on which art education was based.

1913 – 1993, Sekoto was both an artist and a musician, a pioneer of urban black art and social realism. His exhibitions were not only local, but took him to Paris, Stockholm, Venice, Washington and Senegal. He left South Africa to live in Paris in 1947 where he was employed as a pianist, which paid for his art school expenses. He finally received the recognition he deserved in his home country in 1989, when he was given a retrospective exhibition in Johannesburg, and an honorary doctorate. 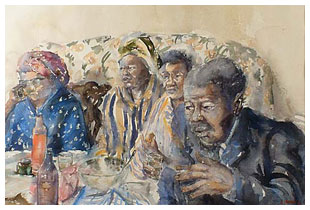 1935 – 2004 worked across many media – painting, sculpture, printmaking and pulp paintings. Branded during the 1970s as a ‘township artist’ his work documented historical realities.

He went abroad during the 1980s where he produced a huge body of work. He is one of few visual artists whose career happened at the same time as the entrenchment of apartheid and endured beyond it.

1926 – 2009 – was regarded as a pioneer of African Abstraction. He contributed greatly to the development of black artists during the apartheid years. His work is distinctive – bold colours and spiritual overtones, but his trademark medium was incised painted wood panels. 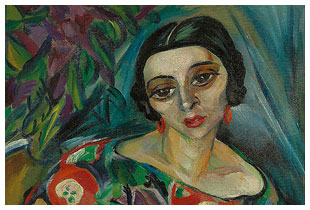 1894 – 1966, Stern travelled extensively in her lifetime and painted the landscape and people she met on her travels in a vivid and energetic style. She was to become famous both nationally and internationally in her lifetime, and her home in Rosebank, Cape Town is today a museum dedicated to her work.

1913 – 2006 – not really regarded as a ‘South african artist’, Vladmir Tretchikoff was one of the most commercially successful artists of his time and became popular not only in South Africa but internationally as well. He was to live in South Africa from 1946, and his famous Chinese Girl is one of the best selling prints of the twentieth century.

Born in 1941 Williamson immigrated to South Africa in 1948. Regarded as an activist-artist she became famous for her photographic portait prints featuring women in the struggle against apartheid – A Few South Africans.  She has produced works on the Truth and Reconciliation Commission, HIV/AIDS and more recently a multimedia celebration of the women who helped usher in South Africa’s liberation, entitled All Our Mothers.

Chosen for their distinctive South African style of music, here are 10 South African music legends... Photograph: Lucky Dube taken January 01, 1994 by Leon Morris Brenda Fassie: 1964 – 2004 You know you're an icon when Time magazine showcases you in a...

A friend of mine shared a video about goema recently on Facebook. Since I don't have a clue what goema is, my interest was more than a little piqued. Mostly because this particular friend of mine has introduced me to the sounds of Cape Town jazz in her own way...