Now reading: For Bicycle Enthusiasts – South Africans and their bicycles

South Africans and their bicycles: Lets meet the Cyclists ….

I ride from my house in Glencairn to Muizenberg and back when I can spare a few hours to ride in the morning. I love to stop in at Empire Cafe, one my favourite restaurants in the area, and then cycle back.

I have a 3 speed Johnny Loco, which I found at BEN Bikes in Marina da Gama. They import new and used bicycles from overseas and distribute them amongst the underprivileged in townships and schools but sell their bicycles to the public too.

It’s one of the most enjoyable forms of exercise; my carbon footprint is reduced when I use my bicycle to commute; it makes me happy thanks to my raised endorphin levels and it’s super cool!

All roads around our city should have bicycle lanes on the side or dedicated pavements for those commuting by bicycle. The more bicycle friendly we become, the faster we’ll reduce our carbon footprint and increase the health levels of our nation. Everyone should own a bicycle and ride it to work and learning institutions if they can.

I love cycling anywhere along the ocean that is relatively flat, with a cool breeze. 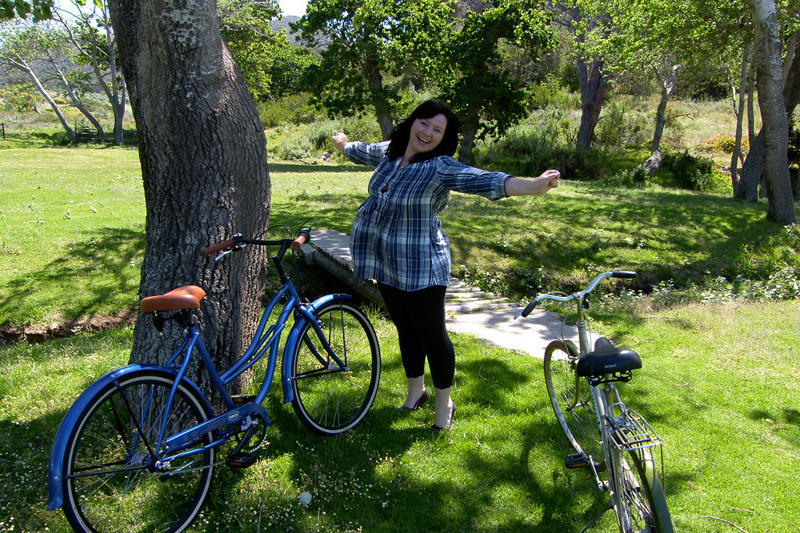 When the weather is sunny and the wind isn’t trying to kill me. In and around Marina Da Gama and Kalk Bay. Its so beautiful and quirky.

It’s a great way to get exercise without having to set foot in a gross gym. It saves petrol and you get to take in all the scenery around you. It’s a cool culture and the other cruiser riders I know are very rad people so it’s great to be part of a “team”.

Bicycle lanes would be great. And stands outside shops and restaurants for easy parking & lock-up. It’s difficult to cycle in many places because drivers are so unaware of you, or often annoyed by you…but there really is no alternative.

Kalk Bay and Hout Bay. Both beautiful, with amazing sea views and awesome places to stop for a bite to eat or a refreshing drink with mates. 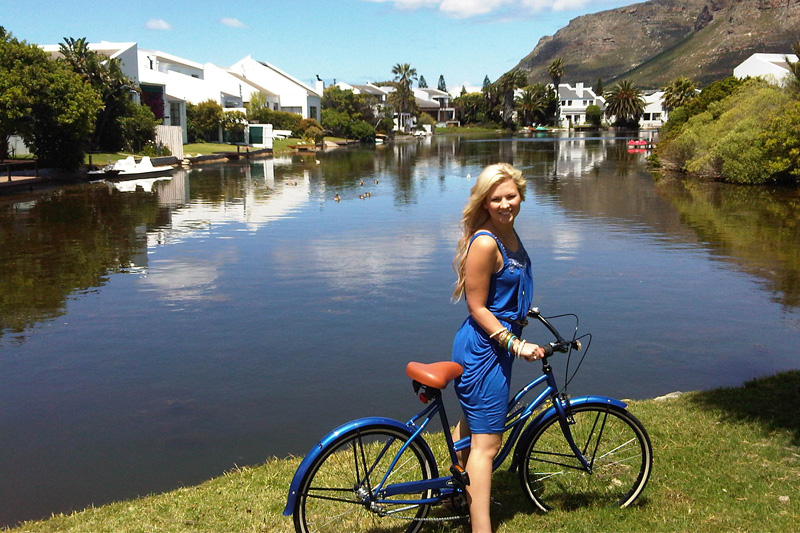 When I can and often from Kalk Bay to Muizenberg.

I like the feeling of the wind moving around me, it makes me feel free and light, almost like I’m flying. I love that I’m moving my body and am outdoors taking in my surroundings. Also, I’m not using my car, which makes me feel very ‘green’.

There should be more bicycle lanes in cape town, there are some around, but few and far between.

I recently rode through the city of Cape Town at night with a group of other bicyclists – I think that has been my favourite so far. I felt like I was part of a gang trying to make people aware of cyclists, just like the critical mass that happens every month. 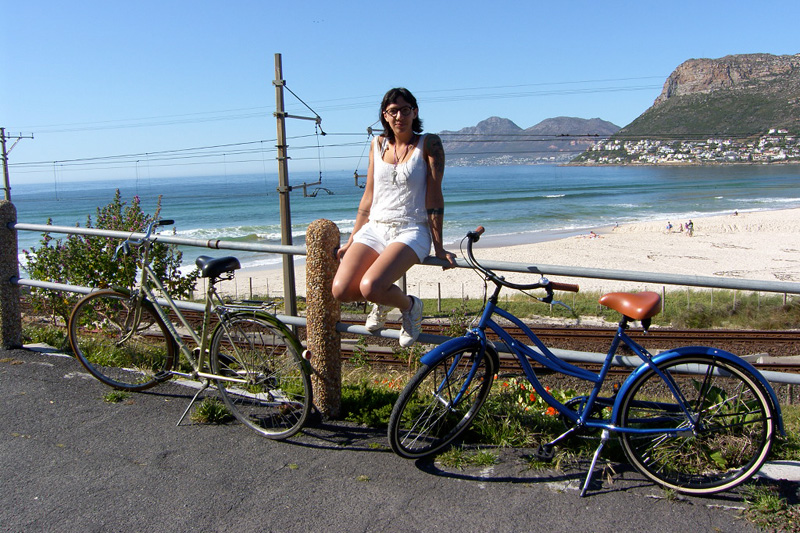 Dusk is my favourite time to ride. I love the colours in the sky and feel of twilight settling in. I pedal from my apartment a few hundred metres from Moses Mabhida 2010 Stadium, through the tunnel that runs under the highway, and onto the golden mile. The promenade is really wide and perfect for beach cruising. I normally head all the way to the Point precinct, around 15-20kms round trip, but you hardly feel it being all flat.

I came up against so many blanks locally and found very few options in the ‘cruiser’ segment here. There is literally only one brand here with a cruiser model. So then the overseas options came under my eye, and a whole new world opened up. I settled on a matte black Newport 3peed cruiser made by a famous builder in California, Gary da Silva of 3G Bikes. Gary and I are working together now on getting his range into South Africa because I think there is a great gap here for his bikes!

There’s a sense of ‘freedom’ and liberation when biking, almost like you’re not part of the rat race, separate from the mainstream. Once you’re riding you also start thinking differently, seeing new things, having new values. Not sure if its like that for everyone but that’s what makes me excited. I feel more alive, and I love life quite a lot more. If for some reason I’m unable to use my bike I get a little grumpy. Its addictive, the feeling of whatever it is. If we were on our bikes we could stop and have a conversation, connect, share and increase that feeling of community that modern society has pushed us into losing somewhat.

Commuting wise, the biggest setback is that people have chosen to live further away from their places of employment, making a car quite necessary. Travelling distances of 30km and more each way are not uncommon. Our cities are reasonably flat so if we live and work in the same precinct commuting by bicycle is more viable.