From the roadside, the traditional-looking exhibition hall and African huts, complete with the types of drawings often found in the caves in which the ancient Khoisan people once lived, are worth the stopover. The Tsitsikamma Khoisan Village is the brainchild and passion of Stanley Grootboom, a local artist that grew up in the tiny village of Coldstream, just a few kilometres from the Khoisan Village. While it is not a cosmopolitan tourist hub, Stanley has succeeded in creating an interesting, multi-faceted attraction. 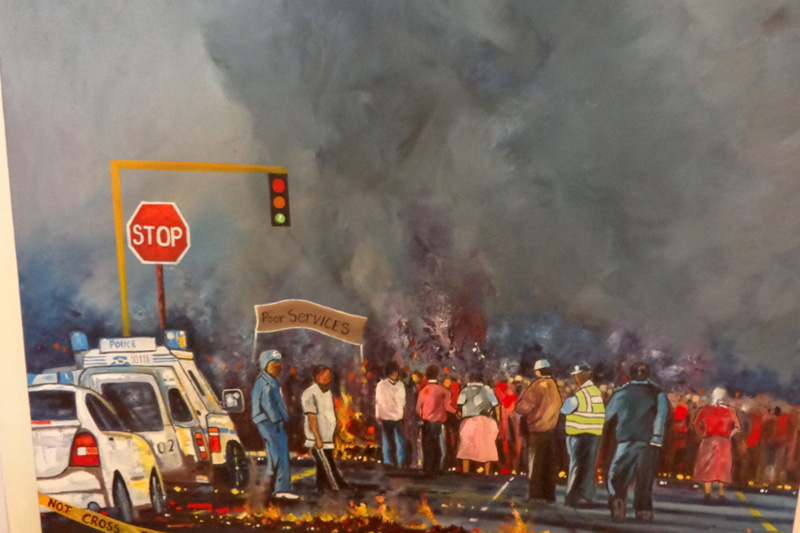 The Khoisan village is made up of several traditional “huts”, each of which accommodates a different aspect of African art and culture. There is a recreated cave (complete with drawings and murals), a coffee shop, art gallery and a large central area in which to purchase some of Stanley’s books for children (which he wrote and illustrated). He has appeared on television for these publications, some of which are the first and only of their kind.

Mr Grootboom is also an art teacher. He displays many of his own works here as well as those of select students. He also offers educational art DVDs that provide information and advice on producing art.

The exhibition hall is a huge facility that showcases some of Stanley Grootboom’s beautiful pieces. Although the infrastructure is in need of some maintenance, the paintings on exhibit are guaranteed to impress. They include some rather socially and politically provocative pieces together with gorgeous renditions of the South African landscape, particularly Knysna and The Heads. 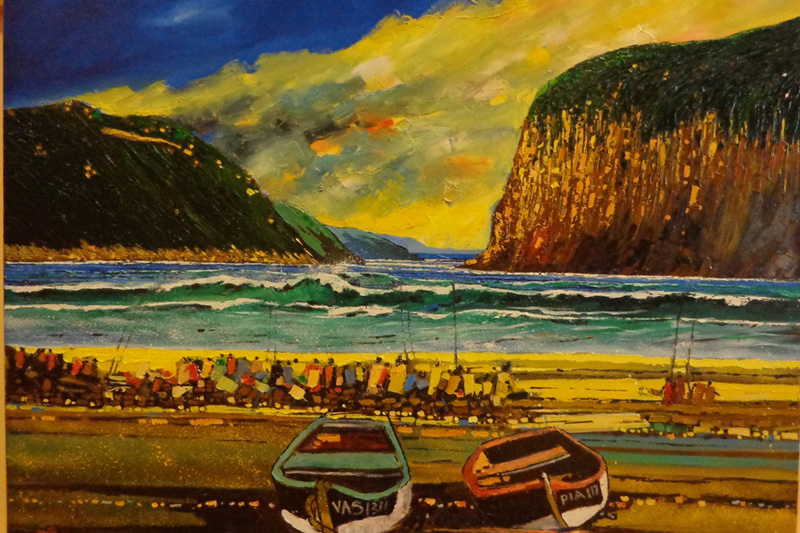 Stanley Grootboom is the ideal representative for the previously disadvantaged South African that has emerged from difficulty to succeed. He came from a minute community to create a successful career for himself as well as opportunities for others within his (and a much larger) local community to do the same for themselves.

Being situated within a few hundred metres of the world’s highest commercial bungee jump, Bloukrans, there are plenty of facilities and attractions very nearby to the Tsitsikamma Khoisan Village.

If you are looking for the ultimate adrenalin rush, leap off the bridge and enjoy lifetime bragging rights. Alternatively, watch other jumpers from the Cliffhanger pub and restaurant, which has a big-screen television providing close-ups of each jumper and their jump. There are also chalets and camping facilities, as well as vendors selling authentic African crafts.