Now reading: 10 Beaches Outside Cape Town You Need to Visit

It’s hard to imagine that one needs beaches outside Cape Town, when so many of the beaches in Cape Town are so beautiful.

But come the end of the year when the traffic along Main Road reaches gridlock (and you’d be faster cycling or walking) for a kilometre either side of Kalk Bay, and you begin to imagine vast, sandy, less popular beaches where the wind can whip your hair and the balmy waters beckon…

This list of 10 beaches outside Cape Town entail an hour or two’s drive, some of them further than others, all an easy day trip (leave early, take a picnic).

It’s pretty popular, not least for its 1 km expanse of sandy shore and protected tidal pool (with slightly warmer water for those who want a good swim) but also for its semi-circular bay, beautiful rock formations, the grassy knoll behind the beach where people enjoy pitching their brollies and the ablutions. If you’re crowd-averse you may want to push further west… 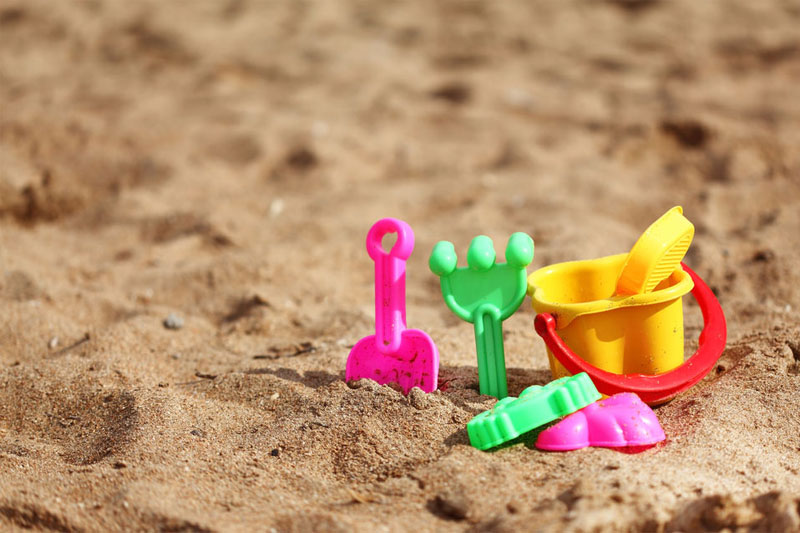 The West Coast National Park is just over an hour’s drive from Cape Town, and there is an entrance fee (get there early or there is also a queue to get in).

The popular Langebaan Lagoon with its turquoise waters, soft sandy beaches, Preekstoel and Kraalbaai houseboats draws the crowds. If you can face the congestion, it’s a wonderful day out with braai areas and plenty of beach and warm water. Crowd averse? Head to Tsaarsbank on the Atlantic.

It’s not a swimming beach, but it is incredibly beautiful, boulder strewn with a picnic area, and you can walk 3 km up the beach to the wreck of the Pantalis A Lemos. 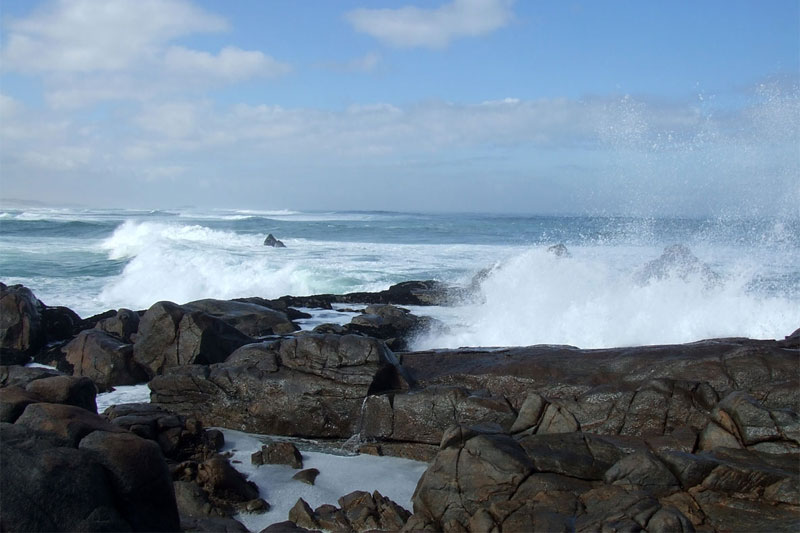 The 2 km of coastline on this part of the coast includes seven individual bays (one of which is Jacobsbaai), quite close to one another, each of which is worth exploring. Hospital bay, for instance, is great for swimming whilst Kwaaibaai is a surfer’s haunt.

If you’re a birder head to Smalbaai and you’ll get your fill of oystercatchers and cormorants. And there are a couple of restaurants that will serve up a mean fish of the day. 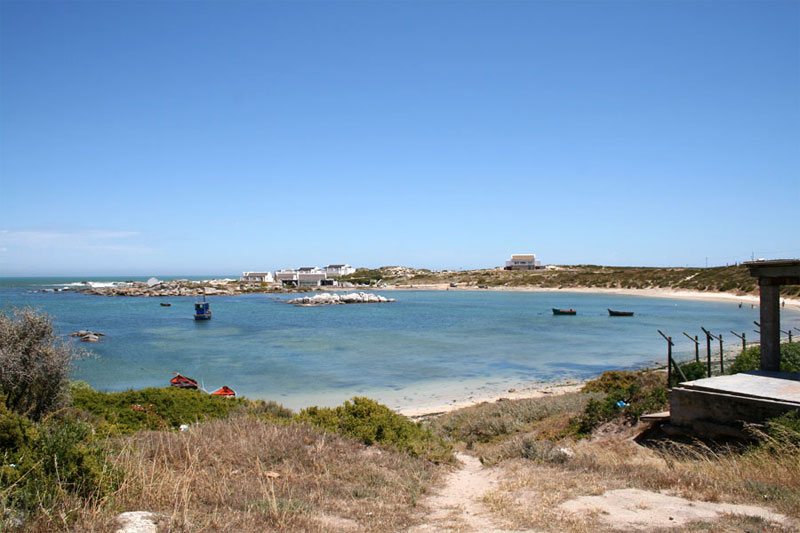 You’d be hard pushed to find a more spectacular beach than Paternoster’s Mosselbank when it comes to beaches outside Cape Town.

It extends into Voorstrand in a stretch of idyllic white sand, colourful little fishing boats and azure sea that makes one want to acquire a Cape Dutch-style fishing cottage immediately! Even Bek Bay, around the south western headland of the beach is beautiful (and relatively quiet), whilst yet another length of beach extends beyond Eerste Mosselbank to the north of the village for long walks away from any weekend crowds.

You might want to go prepared to overnight in Paternoster as the village, its restaurants and beaches are an ideal weekend haunt. 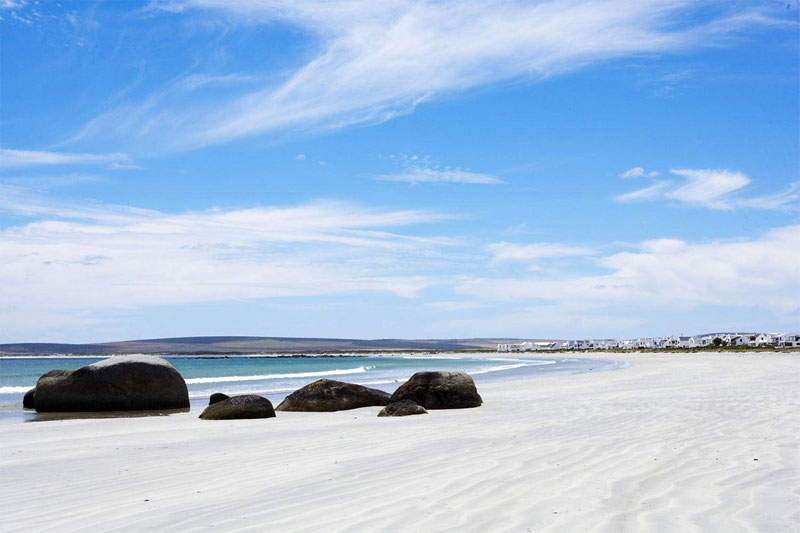 If you want remote and wild, yet vividly beautiful and intoxicating, head round the coast from the popular St Helena Bay through Velddrif and a little beyond you’ll find a rather unassuming seaside resort known as Dwarskersbos.

Don’t let the snail-shaped accommodation options dissuade you from the beaches outside Cape Town. Head down to the waves anywhere along this coastline between the town and the Rocherpan Nature Reserve (well worth a visit) and you’ll find miles of untouched shells and sand, icy turquoise waters and seaside succulents.

Dolphins and seals, whales, water and sand are yours for as long as you stay. 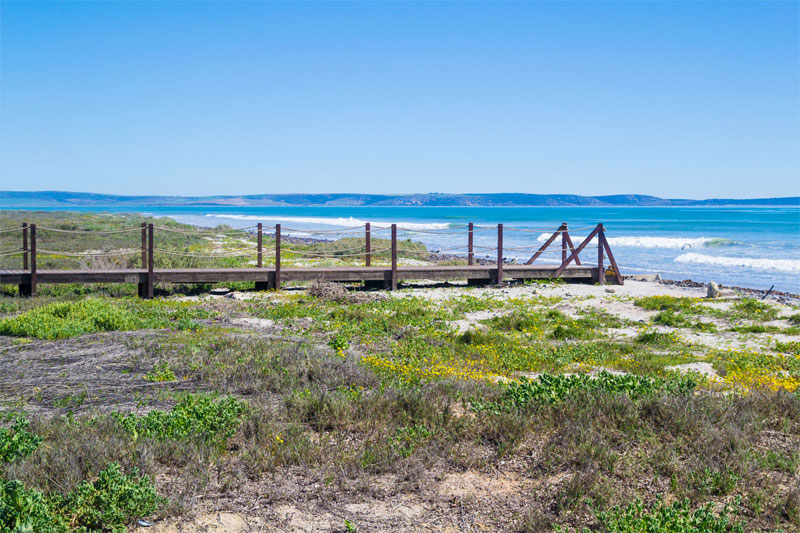 Head along the coast in the other direction from Cape Town, beyond False Bay (over Sir Lowry’s Pass or along Route 44) into the Overberg, and you’ll reach the little seaside village of Rooi Els (named after the red alder tree).

Part of the Kogelberg Biosphere the town’s beach has water on three sides, including the Rooi Els River estuary that drains into the sea east of town, whilst the mountain, Hangklip, looms in the background.

Rooi Els is a registered conservancy and so the rights of Cape clawless otters, rockjumpers and other unusual birds are important to its residents. 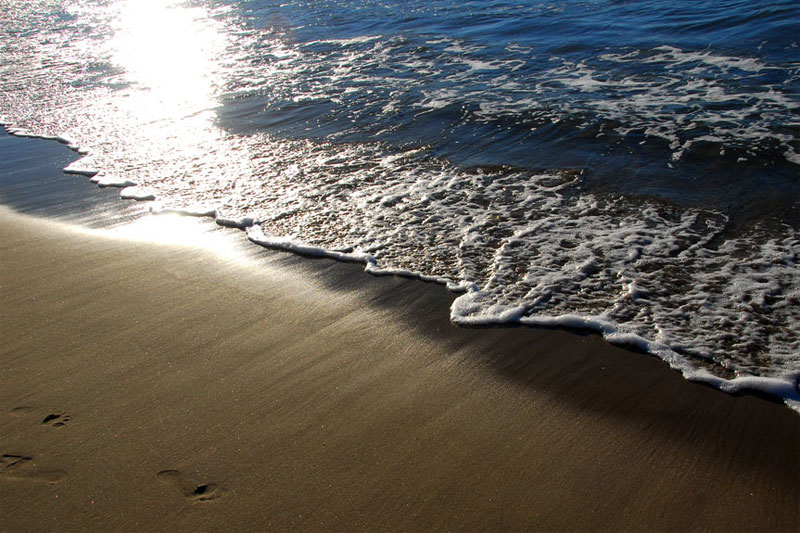 When it comes to beaches outside Cape Town you need to visit, Pringle Bay should make the shortlist.

If the wind isn’t buffeting (and it does tend to blow on this coastline) then it’s one of the most heavenly beaches imaginable. Like Rooi Els the seashore is generally not crowded (few people visit only for the day, most are either residents of here for the weekend).

The water is clear and makes for great swimming, whilst at either end of the stretch of beach are rock pools. It’s pet friendly (watch out for breeding oystercatchers), beautiful and inviting. Take the dirt road south of town to Cape Hangklip where there is another beautiful bay and a lighthouse. 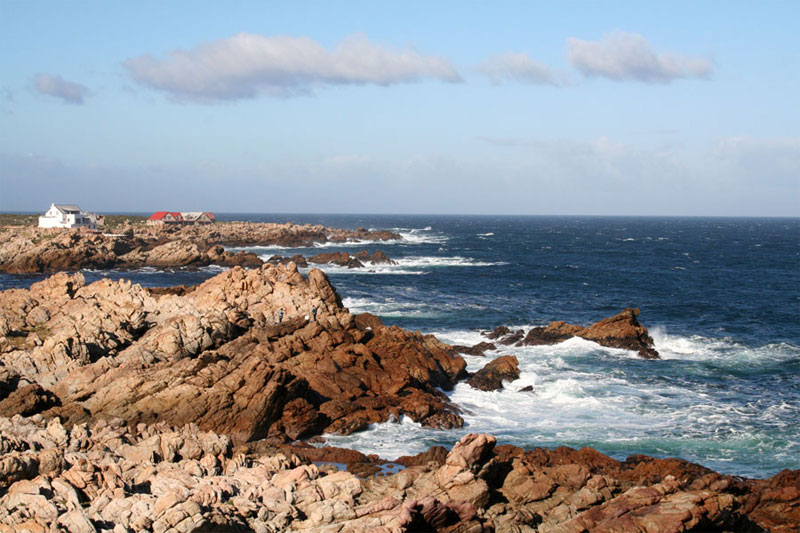 The sprawling seaside village of Betty’s Bay is the darling of Clarence Drive.

With Stony Point Nature Reserve (and a resident colony of African penguins) on one end and Harold Porter National Botanical Garden on the other, it’s to Main beach you head, over the extensive sand dunes to the water’s edge. If you add Silver Sands, Jock’s Bay and Shelly Beach (the latter two are closest to the botanical garden) then you’re looking at a 4 km stretch of incredible beach, great for swimming, diving, surfing and walking.

And almost never a crowd. In short: what’s there not to like about this beaches outside Cape Town? 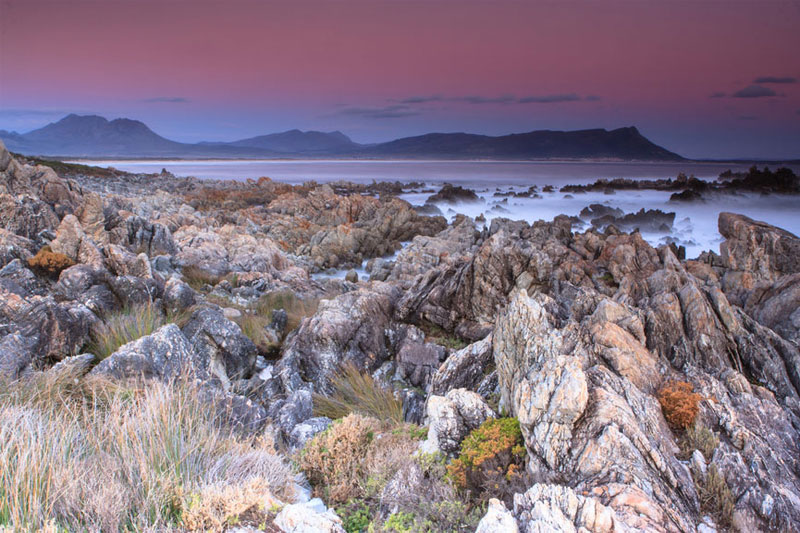 Vermont is for nature lovers after a beach with a difference. A coastal path takes you through green belts, fynbos-rich coastline interspersed with tidal pools thick with kelp, sea sponges and shells in sandy alcoves, which are sheltered from the wind and where the sand is heavier and hard underfoot.

If you want a ‘beach’ experience, head towards Onrus where there is a popular stretch, but during holiday seasons this beaches outside Cape Town is inundated and parking is ridiculous. 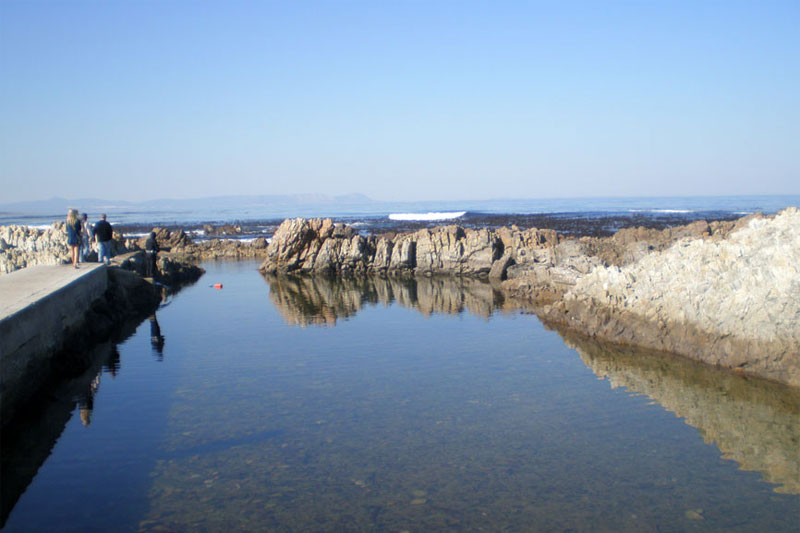 Head around Hermanus beyond Langbaai and Voelklip beaches, and you’ll find blue flag Grotto beach, mountains in the background.

It stretches all the way to De Kelders with changes of name along the way, and was named for the caverns in the rock face behind Dutchies restaurant.

Grotto beach is one of the most pleasant ways to spend a day, swimming or simply sitting and people watching. Even when it’s busy, it isn’t that busy. 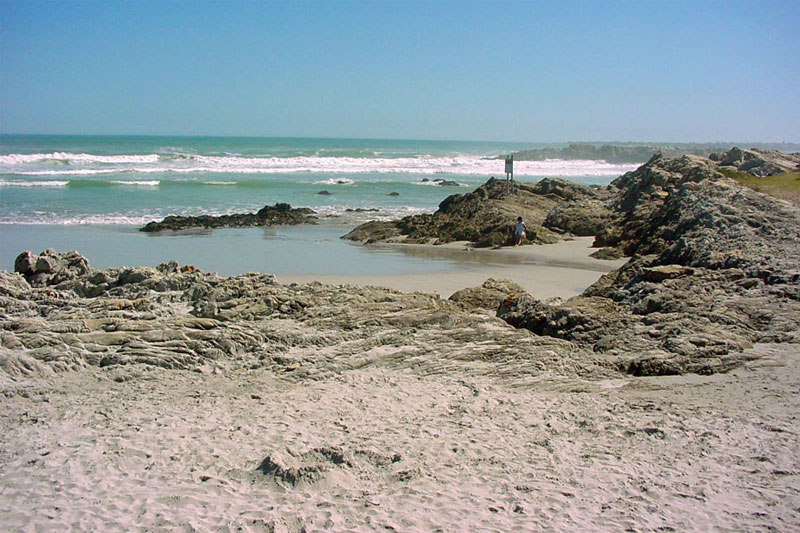