The Garden Route – a 200 km journey of remarkable natural beauty –  is South Africa’s favourite destination, second only to the Kruger National Park.

It’s been listed by various magazines and websites as one of the world’s best road trips. And it’s not difficult to see why.

Driving through here is a little like being in permanent big-scenery country with mountains that crowd close to a shoreline dotted with bays, cliffs and little seaside towns. But there are also lakes, indigenous forests, amber-coloured rivers, deserted sandy beaches, and hiking trails that combine to provide a stirring symphony of contrasts…

The route has attracted poets, artists, writers and independently-minded individuals who have moved here to lend a charm and trendy atmosphere to towns, restaurants and interesting stores. So you’ll find anything from craft ale to bohemian craft stalls, independent chocolatiers, interesting coffees, cheeses with a difference and artisanal food at weekly farmers’ markets.

The real star of the show, though, is the natural beauty – you can’t but help interact, even if it’s to stop off in a lay-by whilst you drink in the views. 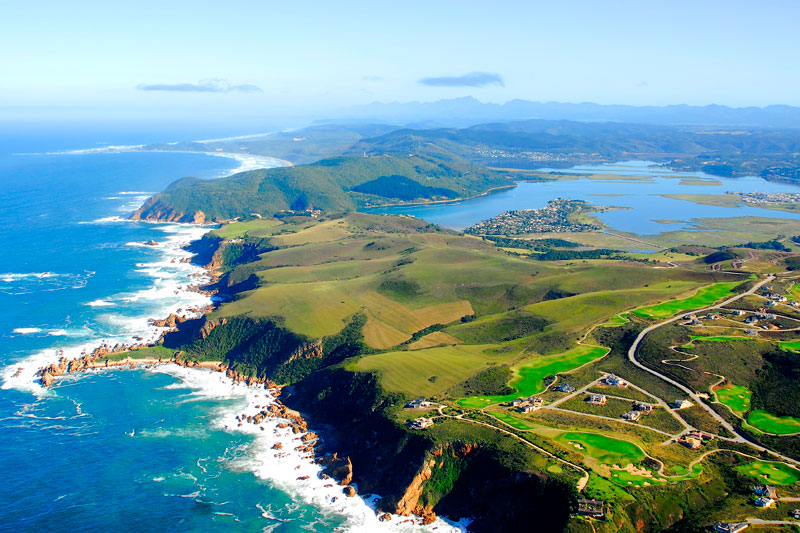 It isn’t difficult to find wonderful places to stay on the Garden Route, between Mossel Bay and Storms River Mouth, but you might want to be slightly selective about where you stay (particularly if you’re here during the festive season).

So, we’ve put together a list of the best chilled stops on the Garden Route, places less likely to find their way into your average Garden Route guide:

Reebok is a very pleasant surprise. It’s just outside Mossel Bay almost mid-way between Klein Brak River and Groot Brak River (two river mouths north east of the Garden Route’s most mistakenly maligned town). It’s quiet and unassuming with uncomplicated access to a beach that seems to run on forever.

Don’t expect a little whitewashed fishing village. That it is not. Rather, it is a collection of holiday cottages perched up on a hill above the sea so that most of them have sea views. The sound of crashing waves is a constant, the neighbours respect the quiet of the coastline, and the kilometres of beach invite long walks.

Reebok has its own tidal pool, perfect for beach-combing and children, and there is a fairly wide pavement along the beachfront used by everyone as a late afternoon or early morning promenade. If it’s shops you’re after, then Mossel Bay is literally 10 minutes’ away. 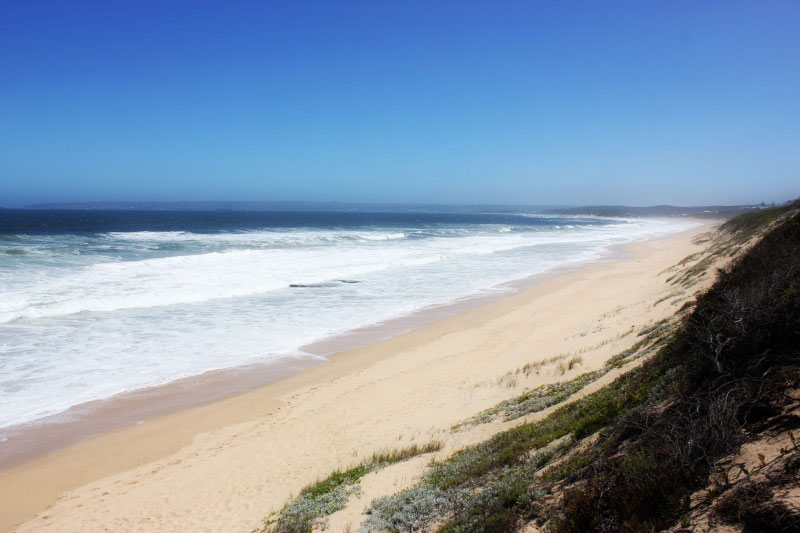 It’s not difficult to understand why the Wilderness is named such. The Garden Route’s beachside lake district functions, for many, as the real start of the Garden Route. It’s a feast of winding rivers, dense forests, lakes, bird life and nature trails.

The N2 makes a significant wide sweep after crossing the Kaaimans River and as it rounds the curve Wilderness comes in to view, its long strip of beach such an incredible outlook that there’s a strategically placed viewpoint here called Dolphin’s Point. The Touws River winds alongside the N2, meeting the s-bends of the aptly named Serpectine River within the Wilderness National Park before bleeding into Island Lake, Bo-langvlei, Rondevlei and then Swartvlei.

Understandably water activities are high on the agenda, but so is mountain biking, hiking, whale watching and a plethora of other outdoor activities. Visit too the little town of Hoekwil. This meeting place of breathtaking scenery, forests, lakes, mountains and beach is unbeatable. And town is well-equipped for travellers. 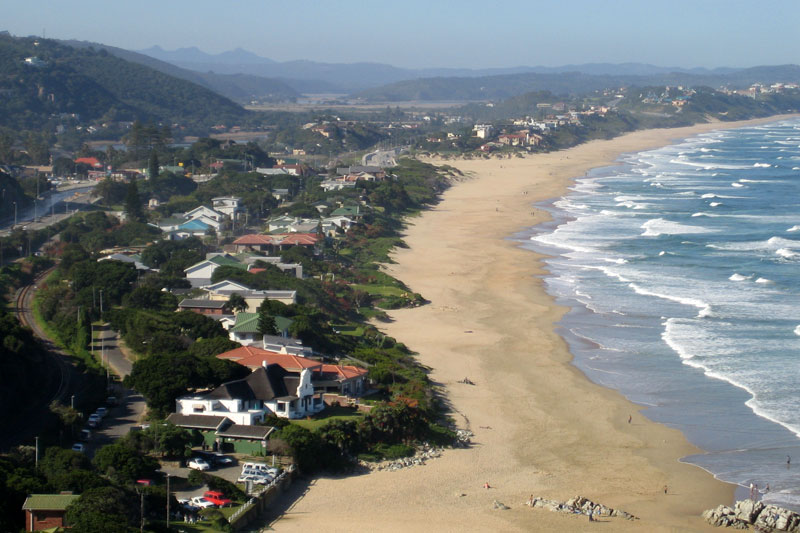 Most people don’t know Brenton-on-Sea is just 15 km west of Knysna. To get there involves a right swing off the N2, just as you’re about to cross the Knysna lagoon. So it’s not surprising that Knysna gets more attention.

To reach Brenton-on-Sea you pass Belvedere, the little village with a Norman church designed by Sophy Gray. Brenton-on-Sea is a wild expanse of indigenous forest on a headland that descends to meet hours of walking beach sand. You can walk all the way to Buffels Bay on a clear day. It’s not a great swimming beach, for that you can go to Buffels Bay, as the currents are strong but Castle Rock alone is a worthy trade.

The village’s streets are often roamed by wild deer, and there aren’t any shops, unless you count a tuck shop with the bare necessities. It’s also home to the Brenton Blue, a critically endangered butterfly endemic to South Africa seen from October to November, and then again in February and March. 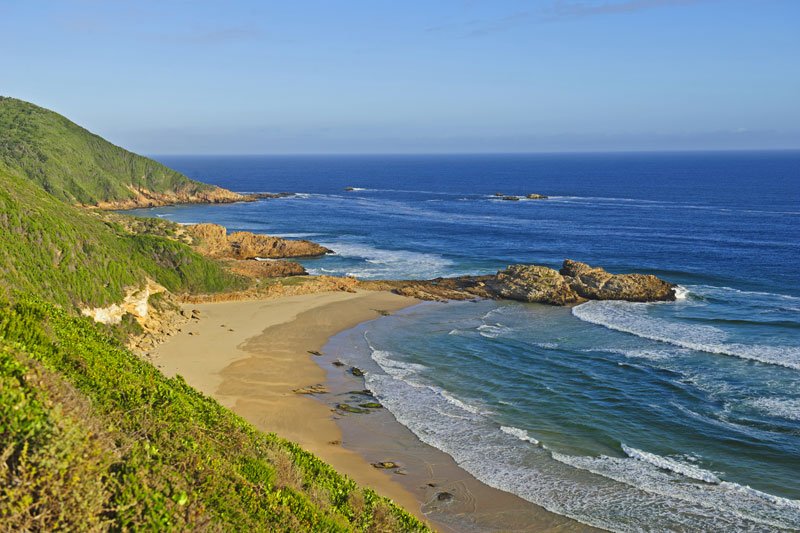 Another remote holiday village, Nature’s Valley lies bounded by the De Vasselot Nature Reserve and the beach, in the foothills of the Tsitsikamma Mountains. There is only one access road, the R102, that sweeps in via the Groot River pass and out again via another steep mountain road.

To call it beautiful is to do it a disservice, for Nature’s Valley is a feast of indigenous forest, surrounding hills, a sheltered lagoon and the Salt River Mouth.

The village itself is three roads deep, its mostly holiday homes overrun by the continuously evolving treescape (some homes are barely visible through the overgrowth), whilst the beach, with access points on either side of town, is a splendid swirl of sand dunes and crashing waves, the air often thick with salt spray. The SANparks De Vasselot campsite is a treasure trove, and hiking is the order of the day. 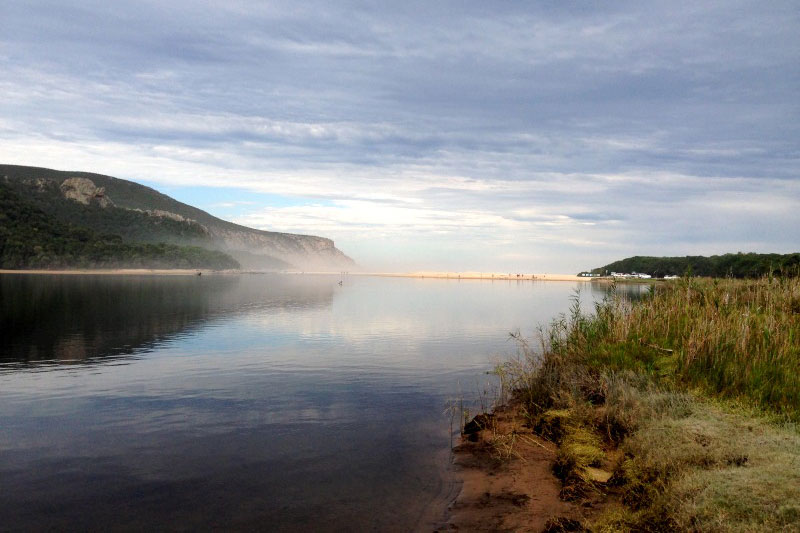 The little seaside town of Keurboomstrand lies only a few kilometres east of Plettenberg Bay, yet its beach is one of the coastline’s best kept secrets, and beautiful to boot. The incredible bay is lined with forested headlands and rock formations that will have the average amateur photographer drooling.

There’s a wooden boardwalk that leads across the rocks down to the beach. Stroll to the end of main beach and squeeze through the gap in the rocks and you’re on another beach where the Matjes River meets the sea. Visit the Strandloper Cave (also known as the Matjes River Rock Shelter) from here. Or keep going along the beach and you’ll find Arch Rock (also known as Annex Arch Rock). 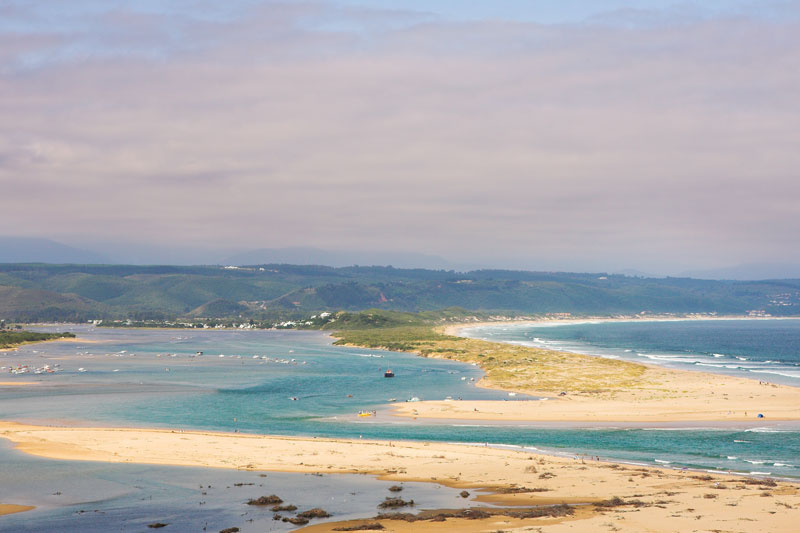