Now reading: Everything You Need to Know to See the Madikwe Game Reserve Properly

Madikwe’s authentic people-based wildlife conservation has been wooing visitors for over 20 years yet it remains an all-time favourite safari experience.

It’s acacia bushveld, open woodlands and purple hills are home not only to the Big Five but 350 bird species, unusual sightings of animals like the bat-eared fox, aardwolf and honey badger, and packs of endangered wild dogs.

With over 20 different lodges to choose from, daily flights from Jozi (scheduled and chartered) to one of the reserve’s two airstrips, and gobsmacking scenery, it isn’t difficult to understand that to see the Madikwe Game Reserve properly doesn’t take terribly much effort. 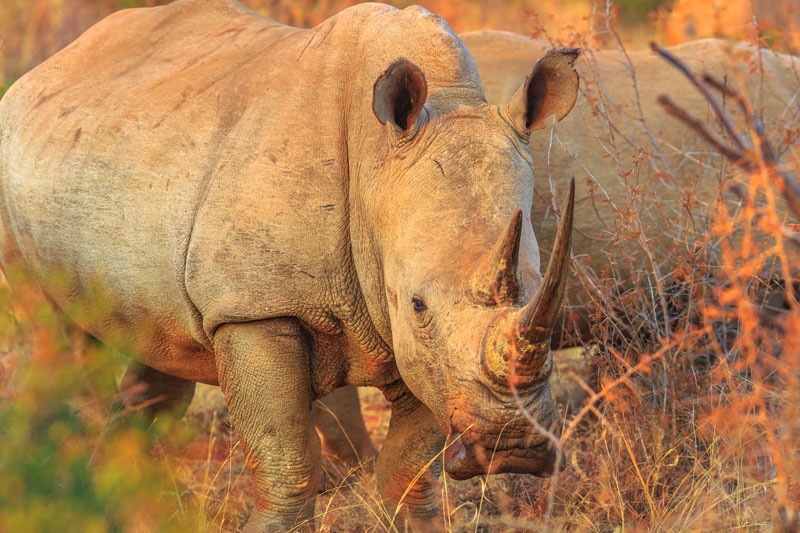 Madikwe Game Reserve is between four and five hours’ drive from Johannesburg. Some South Africans manage to drive the route in 3.5 hours, but it’s advisable to have a high clearance vehicle for the quicker route via Sun City (where you can refuel at the Sun Village) to the Molatedi Gate as it involves a stretch of poor gravel road.

The more conventional route via Zeerust to the Abjaterskop Gate is longer, but good for low clearance vehicles. 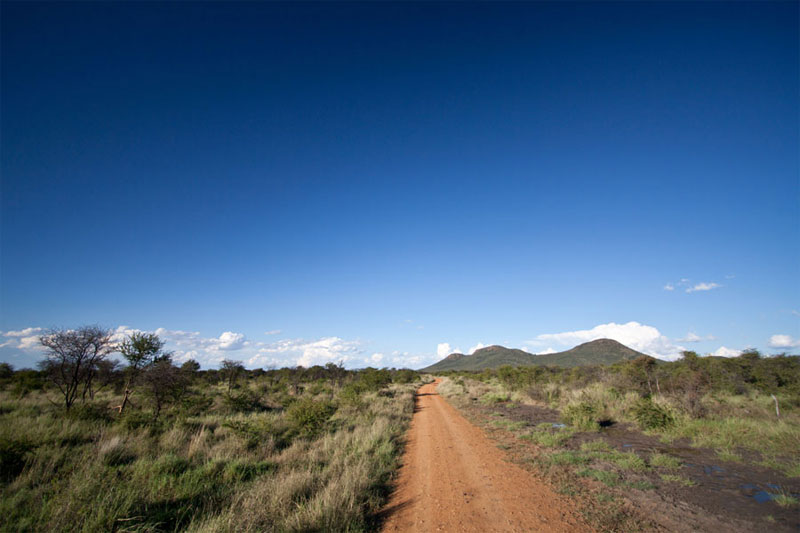 Tip 1: Look out for the 5 apex predators

Known as alphas of the African savanna this set of hunters includes the cheetah, the rare brown hyena (looks totally different to the spotted hyena with longer body hair), the leopard, lions and the African wild dog, southern Africa’s most endangered carnivore. Wild dogs, in particular, are a draw card and to see the Madikwe Game Reserve properly means to tick all of these on your list.

Madikwe is one of the only game reserves in the North West to withstand the tide of crime and general disrepair reputed to be the fate of reserves in the area. It does this because it’s well organised. The entrance fee isn’t cheap at R240 per adult and R150 per child (fees are subject to change) but you can rest assured. Madikwe is a socio-economic park with a partnership between private lodges, government and local communities that see a portion of the reserve’s profits benefiting local community projects, and conserving of wildlife. See your contribution as an investment in South Africa’s biodiversity. 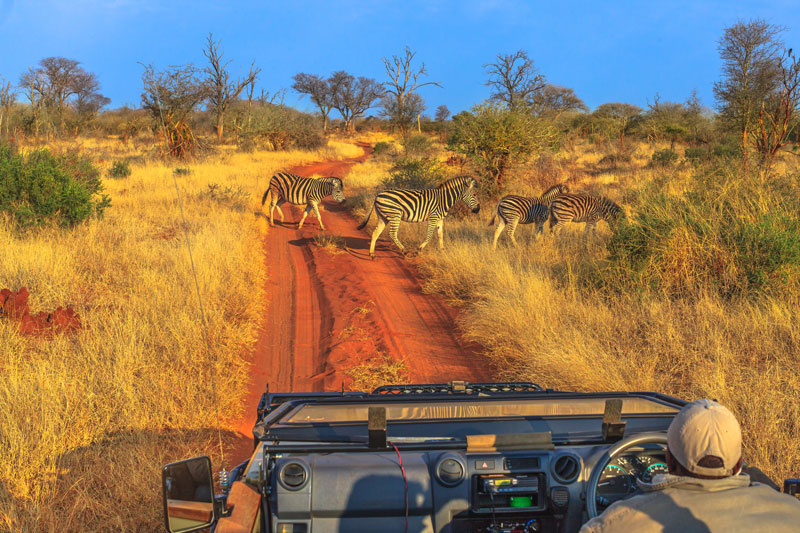 Tip 3: You may even see a strawberry leopard!

An unusual strawberry-coloured male leopard was spotted in Madikwe Game Reserve back in 2012. Thought to be a type of really rare melanism (so rare this is the only reported sighting in the world!), instead of a leopard’s usual tawny coat with black spots, this male sports a far lighter, almost red, coat. It’s not known whether he remains under the protection of the reserve (most of the leopard’s move at will).

Tip 4: There are mountains in Madikwe

One doesn’t anticipate that a safari experience will be anything other than bushveld and wide open plains. Yet Madikwe has this, and more. On the central north western plains of Madikwe you’ll catch a glimpse of the untidy hills of Tshwene Tshwene, whilst the pronounced ridge of the Dwarsberg Mountains loom on the reserve’s southern boundary. Head to Molatedi Gate for views of Lotteringskop mountain. 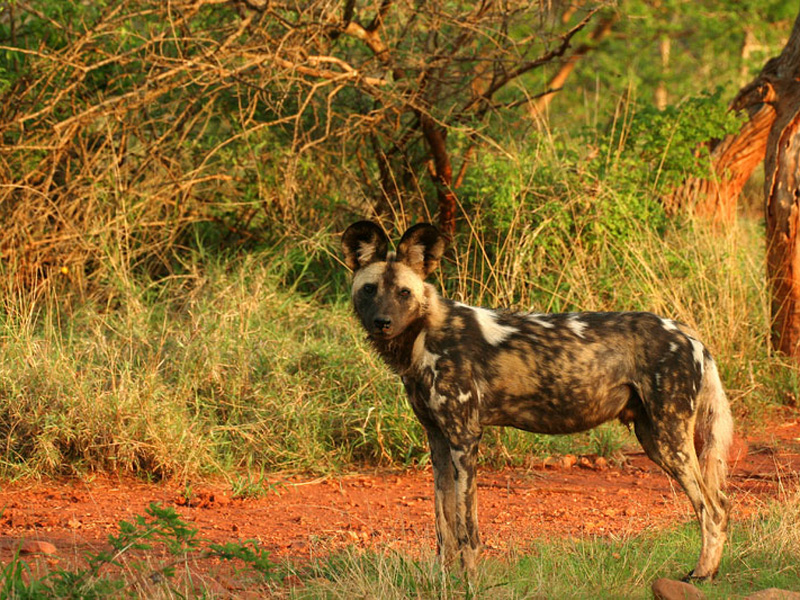 Make sure you let your lodge know if you’re going to be late on arrival as the reserve’s gates are open only between 06h00 and 18h00. After that you’ll need an escort to your lodge. There’s also a rule about no entry after 21h00 unless you’ve given notice.

Know which one you will use as your point of entry – Abjaterskop, Wonderboom, Tau, Derdepoort, Motledi. On the whole lodges in the west of the reserve use Wonderboom, those in the central and eastern parts of Madikwe use Abjaterskop. 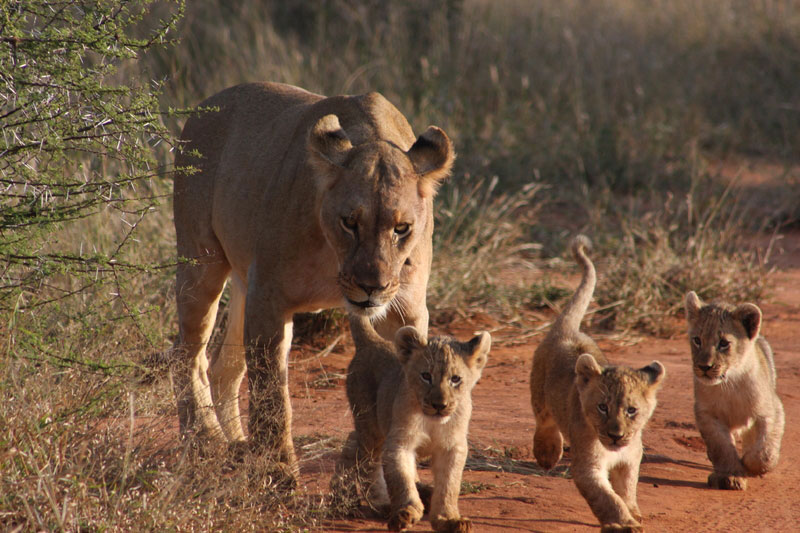 Main things to do to see Madikwe Game Reserve properly

Any time of the year is good at Madikwe as it neither gets too hot or too cold. The Rainy Season is between October and April with hot humid days punctuated by thunder showers.

The Dry Season is from May to September with cold evenings and warm days. 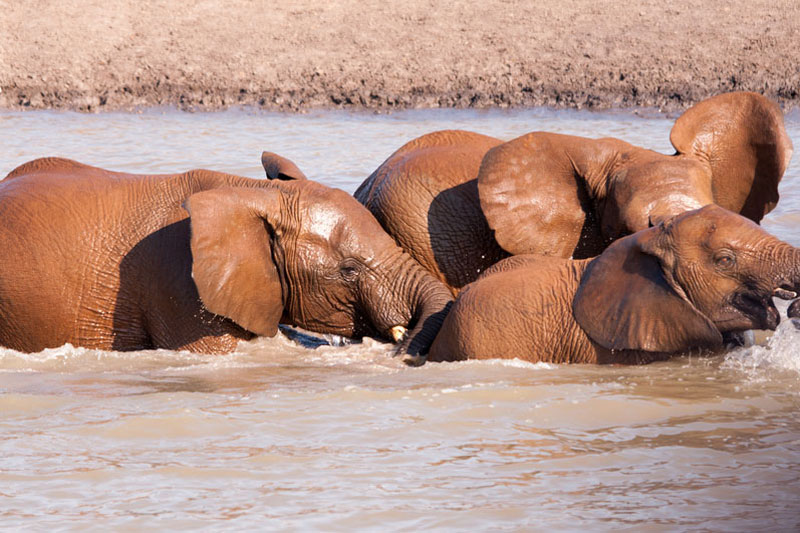 Where to stay in the Madikwe Game Reserve

Madikwe’s accommodation offerings are both extensive and inspiring. Virtually all of the lodges here offer hospitality in the real sense of the word – from the cocktail you’ll spontaneously find you’re holding to the extensive knowledge of the game ranger-led game drives – your every need is catered for.

This five star favourite of SA-Venues.com guests is beautifully laid out around a watering hole but it’s also a gentle space, totally focussed on making sure your experience is one to remember.

Expect to see lots of game. 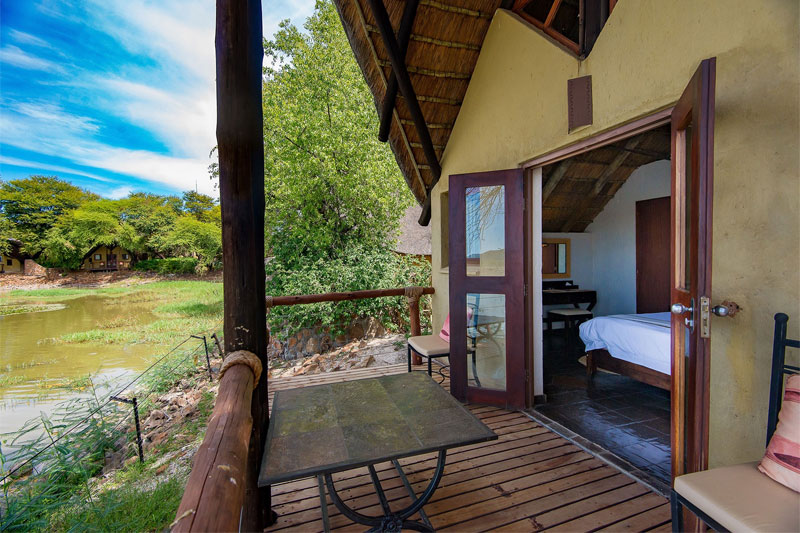 Its position along a rocky ledge gives Impodimo the advantage for views and spotting game, its eight glass-fronted chalets beautiful to look at and stay in.

Daily dawn and dusk game drives are available, and tracker-led walking safaris are a highlight. 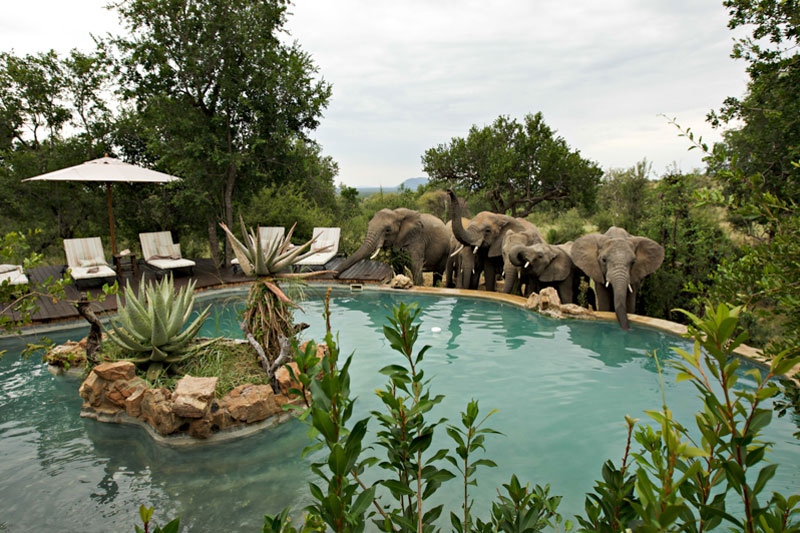 You’ll find Thakudu in the eastern sector of the reserve, within the riverine canopy along the banks of the Marico River.

Fairly intimate, it has twelve tented suits, each with its own viewing deck. Beautiful scenery and attention to detail make it an unforgettable stay. 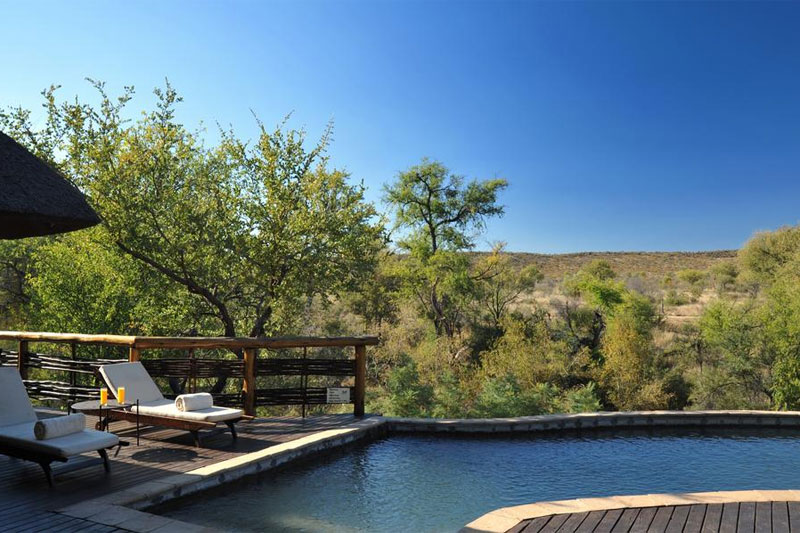 This intimate lodge (only six units) offers personal bush experiences and some of the best views in the reserve.

Twice daily game drives and the opportunity to book the lodge for exclusive use, make it popular. 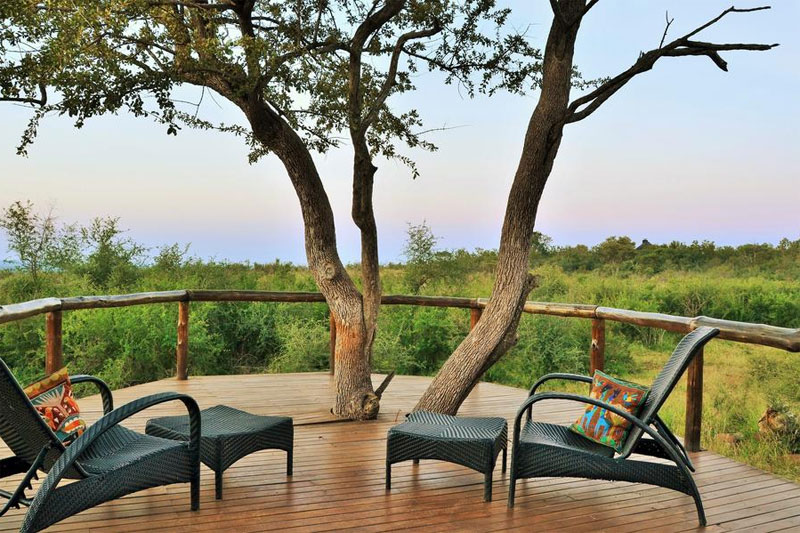 Have you been to see the Madikwe Game Reserve? 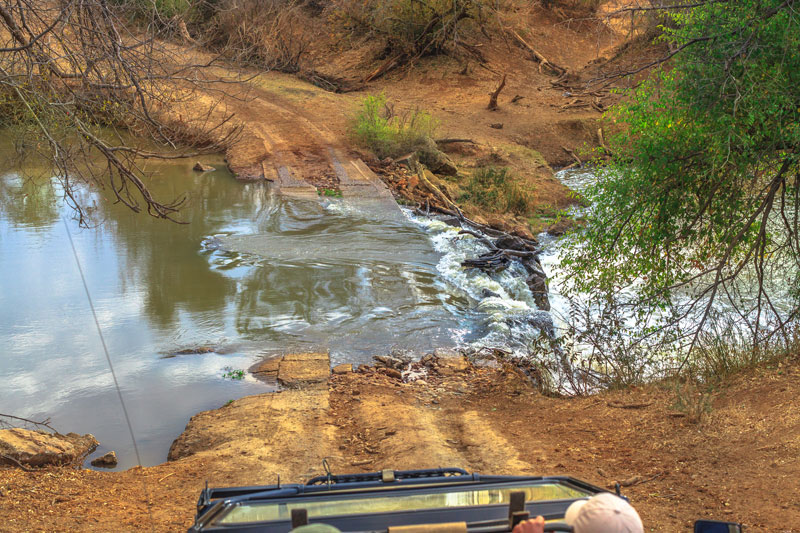