Now reading: South African Languages – A Quick Guide (including how to say ‘hello’)

What are the official languages?

There are further dialects as well. For instance the languages of the Khoi, San and Nama people, considered the First People of the Cape, Hindi, Sign language and even Portuguese.

Why so many languages?

Whilst most South Africans speak an indigenous mother language, they often end up using either English or Afrikaans at work and school, which has led to a claim by experts at a local university (Wits) that indigenous South African languages are on the decline.

If you consider that the decision to recognise so many South African languages was to promote indigenous tongues that, before 1994, were disregarded by government, this decline is sad.

Will I get away with English?

If you are travelling to South Africa, the good news is that you will get away with speaking English just about everywhere. English is used in business, public service and commerce.

Interestingly, English is spoken only by about 8% of the country’s population as a mother tongue, but is used by just about everyone when it comes to communicating across the language barrier.

What about South African?

The South African accent is an acquired sound (some have gone as far as to call it ‘sexy’!).

And there are certain South Africanisms you can’t be without.

How to say ‘hello’ in as many of South African languages as possible:

How to say good day, good morning and good evening (this video gets to grips with the Afrikaans ‘ggggg’).

How to say ‘hello’, ‘how are you?’, ‘what is your name?’ (the language of Nelson Mandela and Bishop Tutu).

Tondani teaches you ‘hello’ (you get to practice your aaahs).

Learn how to say ‘hello’ and more, besides.

Learn the basics, including ‘hello’ in a little over a minute.

Hello, how are you, thank you, goodbye – short and simple.

Which language, in which parts of South Africa?

Xhosa – the Eastern Cape originally, but you’ll find many Xhosa all over the country.

Sepedi – is the language of the Pedi people in Mpumalanga and Limpopo.

Tsonga – is spoken by the Batsonga people of the Limpopo Lowveld.

Setswana – spoken by the Batswana, comes from the North West of the country.

Venda – is spoken by the Venda people in the Mapungubwe area of Limpopo.

Ndebele – is spoken throughout Gauteng (and also in Limpopo and Mpumalanga).

SiSwati – a third of the people living in Mpumalanga speak SiSwati, but it originates in Swaziland. 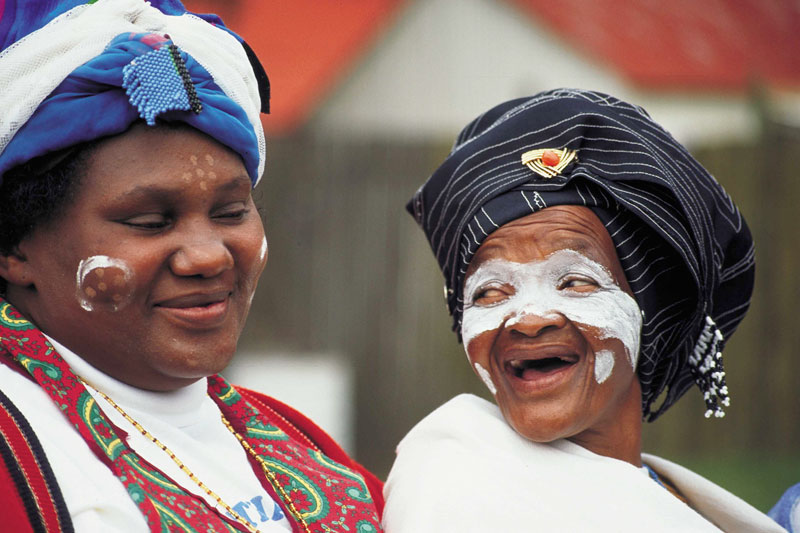 Plan your trip to South Africa

First Impressions of South Africa – 30 things you need to know

30 things you need to know when first you arrive in South Africa - South Africa is a land of contradictions. That it is beautiful is indisputable. That it is also a mix of cultures, ideas, customs and traditions that are unique to the country is something most...

To visit one of South Africa’s cultural villages is to get a sneak peek into the wonders and deep cultures of the African people. These villages are set up to invite visitors to see the traditional way of life of specific groups or tribes, including their cuis...