Stanley de Wit was an avid hiker who spent a lot of time exploring the Elandsberg Mountain. On one of his excursions he noticed a continuously flowing stream that ran over a vertical rock face and this gave him a brilliant idea.

He thought about mounting a light that would be on constantly and could be seen from the town. Although this was going to be a lot of work, he was fixated on the idea and began drawing up plans for Stanley’s Light. 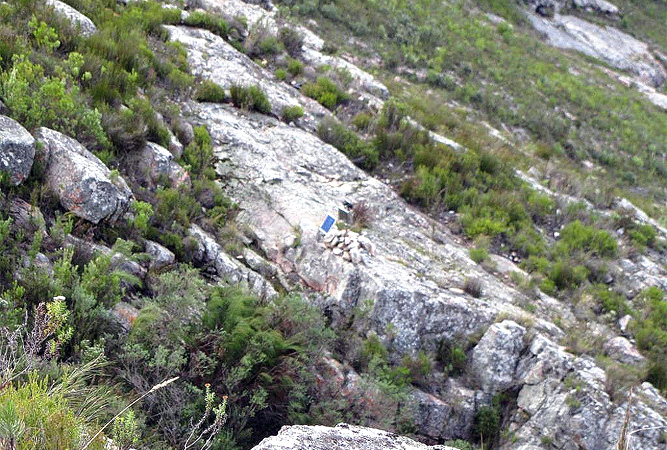 Elandsberg hike is a steep climb that would take Stanley around four or five hours to hike. With this genius idea in place he was now faced with the challenge of installing the light and carting up the materials. On 31 May 1963, he carried up 22 meters of plastic piping, cement, sand and electrical cables.

He used the water from the stream to make this light work. The water would flow through the pipes, down onto a wheel which was hooked up to a bicycle dynamo which would then in turn run at high speed. Using electrical cables, Stanley attached a bicycle light to the dynamo and fixed it to a rock. 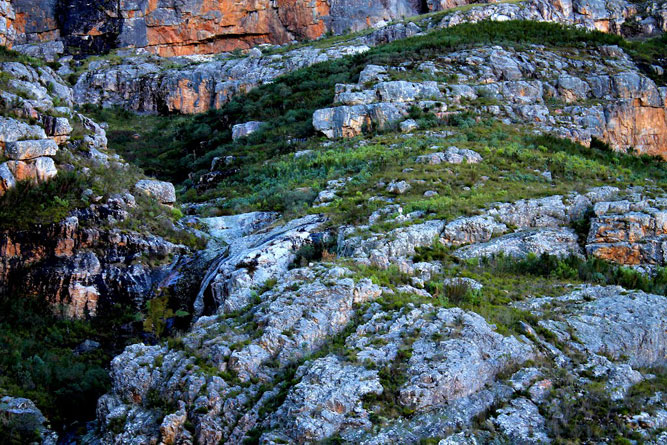 Photograph of Stanleys Light in the distance by and © Philip Radyn


If the water supply is continuous then the light remains on during the day and night. For 30 years after, Stanley would make regular trips up the mountain to ensure everything was working properly and to replace any parts that were wearing down.

Eventually this trip became too much for Stanley and a group of volunteers took over the maintenance role. Eventually the bicycle light was replaced by a car light and a solar panel was installed to cover those periods of drought.

Stanley’s Light burns brightly, is a popular landmark and is the guiding light for the people of Ladismith.

Stay: Ladismith Guest Houses
Or: Find accommodation in the Karoo
See: Other popular attractions in Ladismith