You are here / South Africa Travel News / Attractions / 15 Reasons to Visit Durban, At LEAST Once in Your Life

Now reading: 15 Reasons to Visit Durban, At LEAST Once in Your Life

And ranked higher by Mercer in its annual Quality of Living survey than both Cape Town and Johannesburg, for yet another year, South Africa’s east coast city has taken its rightful place as one of the best cities in the country to visit.

But accolades aside. Why should you visit?

Here are 15 reasons to visit Durban, at least once in your life… 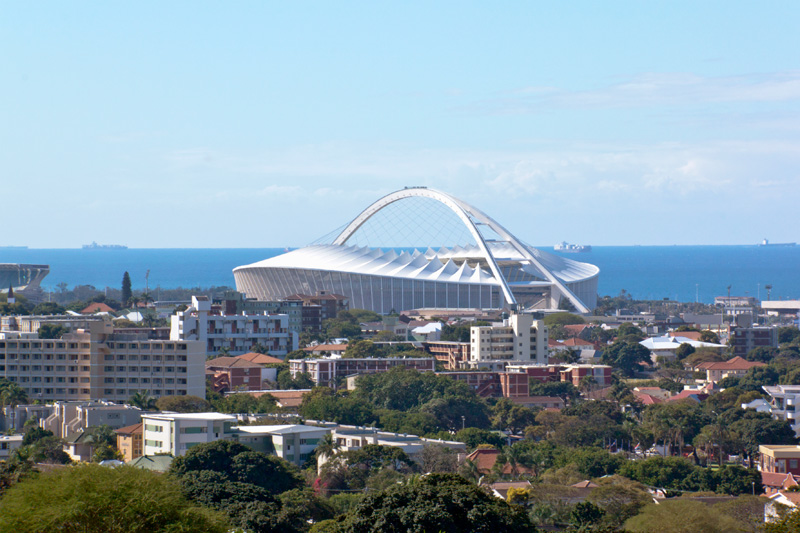 When it comes to the laid-back stakes of coastal cities in South Africa, Durban wins hands down.

Slops and shorts are standard apparel, all year round – even the winters in Durban produce balmy days that easily give Mozambique and European summers a run for their money (in fact, they’re better, even, than the city’s sticky summers).

Durban has been likened to the Mediterranean for its beach-bum vibe and relaxed atmosphere. 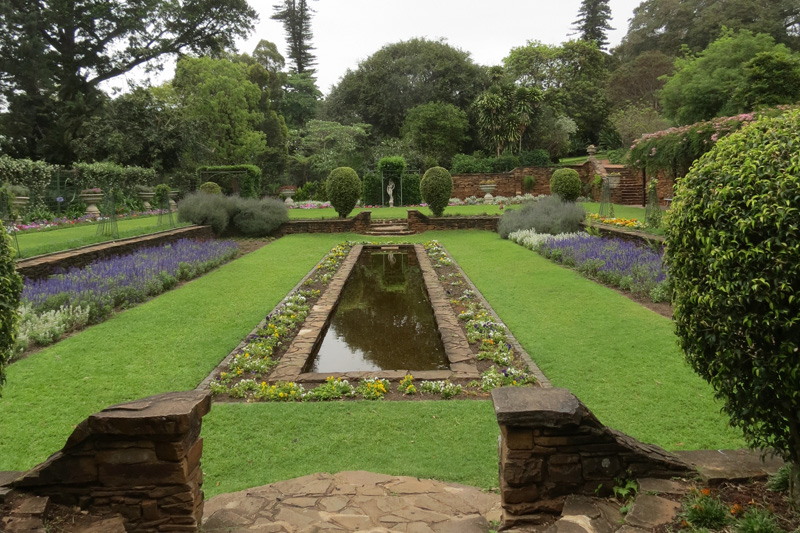 Beaches all year round

Attributable to the glorious weather Durban experiences all year, its beaches are as swimmable in winter as summer and warm – unlike its sister city, Cape Town.

Durban’s Golden Mile (the beach front strip that lights up at night that is arguably Durban’s greatest icon) is a surfer’s idea of utopia, whilst beaches north of Durban, although wilder, attract as much attention. 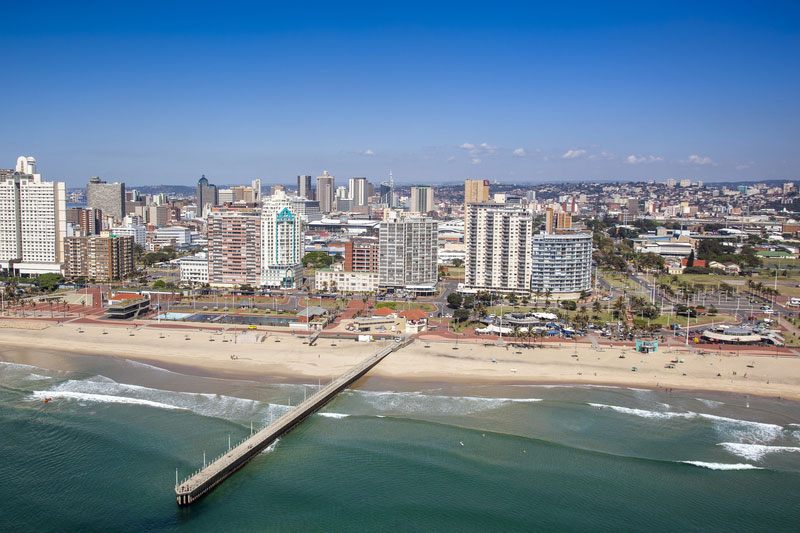 Unpretentious and multi-cultural, depending on where you go, Durban’s people are as varied as they are, almost without exception, friendly.

If you want vibey and culturally mixed head to the harbour or down town Durban; to Chatsworth or Tongaat for Indian curries, or to Umlazi or KwaMashu for house music and braaied meat.

Durban has fast caught up with its more worldly cousins – Johannesburg and Cape Town – when it comes to food and coffee.

Despite its overwhelming curry fame, it also has a healthy craft beer, food and spirits scene (with the odd distillery producing spirits made with local ingredients) and active weekly food markets like the I Heart Market and the Morning Trade Market.

Like most cities the world over it’s about those hip and happening spots that make a visit so worthwhile. And Durban is no exception.

Station Drive Precinct is the newest kid on the block, transforming a former light industrial, no-go area into a contemporary gathering of restaurants, breweries and designers.

Leafy Glenwood, in the shadow of the city’s university, plays host to its own selection of cool eating spots.

Rivertown District is Durban’s answer to Maboneng in Johannesburg, an inner-city revival that has its own night food and craft market (Smarket).

Head down to the Durban Green Hub at the Blue Lagoon for a variety of tours of Durban – Woza Inanda offers trips on its Inanda Heritage Route – walking trails and guided routes that explore Gandhi’s life, the Ohlange Institute, and the Shembe Settlement amongst other places.

Or head inland on a Battlefields tour. 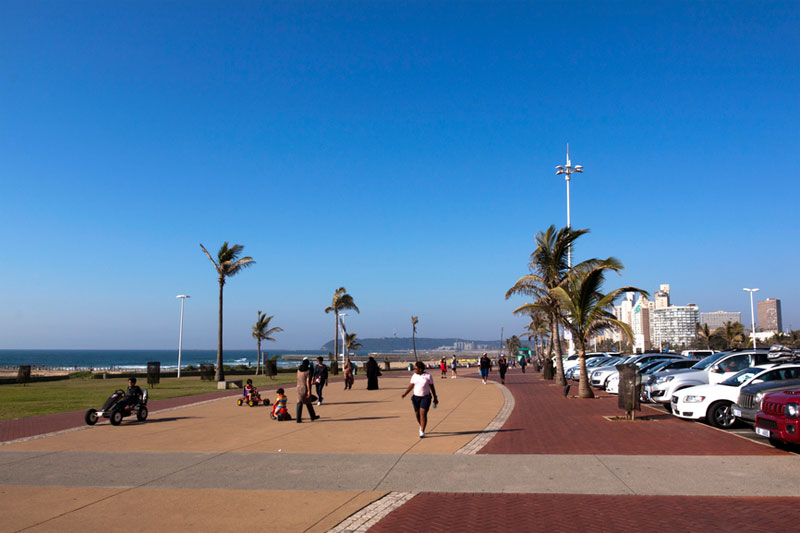 Snorkelling in Durban is one of its lesser known highlights.

The city’s beaches are warm, the sea life unusually abundant and the water clear (provided you know your tides).

For exceptional tidal pools head to the north coast where you’ll find the Umdloti Pools, and Salt Rock tidal pool (Thompson’s is close by too).

Vetch’s Pier (or Vetchies) at uShaka Beach is also a popular snorkelling and dive site. 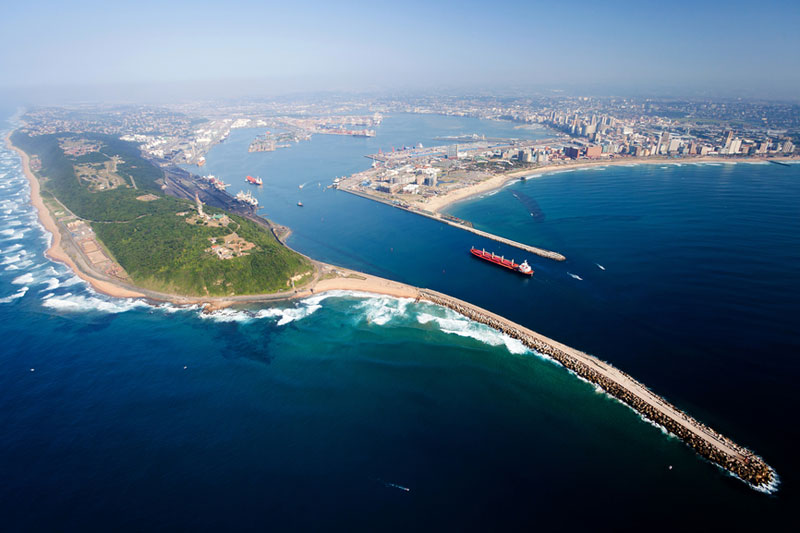 Durban’s inner-city street market, on Bertha Mkhize Street, is a predominantly Indian spice and flea market with a big north African influence in the form of curios, art and jewellery.

But it’s also the starting point of the 9 Markets of Warwick Tour that explores all the markets that connect up at Warwick Junction. 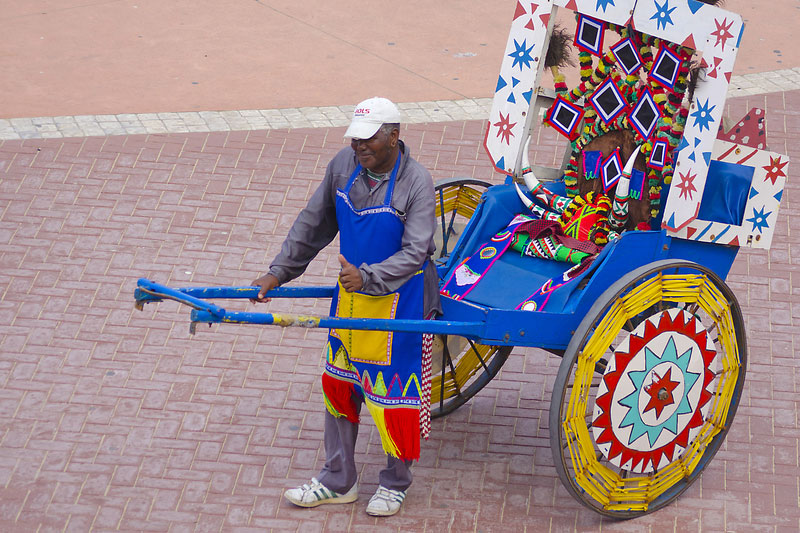 Durban Experience offers a couple of walk-about tours in its city centre, daily at 09h30 and 13h30 (but book a day in advance to avoid disappointment).

The Oriental walk-about explores the Point, the old Durban station, Gandhi’s influence on the city, the city’s architectural styles and the meat and fish markets. 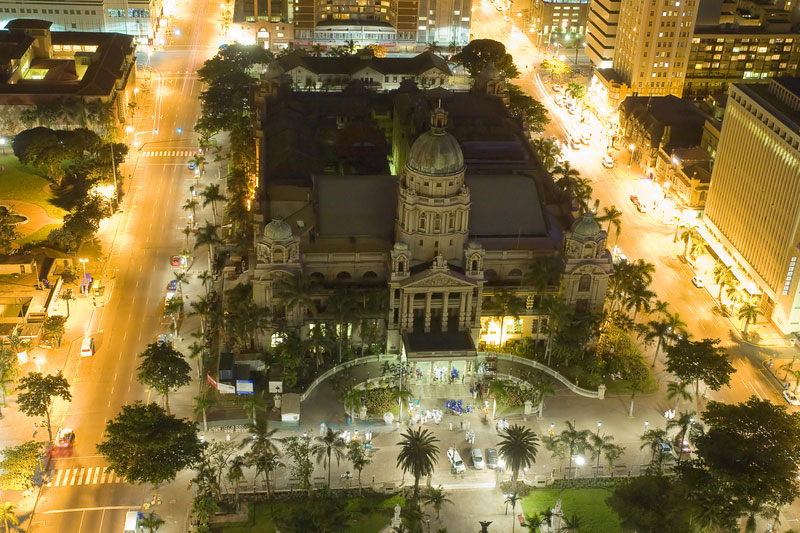 The Cape boasts whales, Durban has the sardine run – an almost-annual May / June migration of huge shoals of silver sardines from the cold oceans of the country’s Cape up along the coastline to Durban.

Described as a ‘feeding frenzy’ for thousands of birds and larger fish who gamely feed on the more often than not 7 km long, 1.5 km wide and 30 metres deep phenomenon, it is a spectacle that travels the length of the coastline. 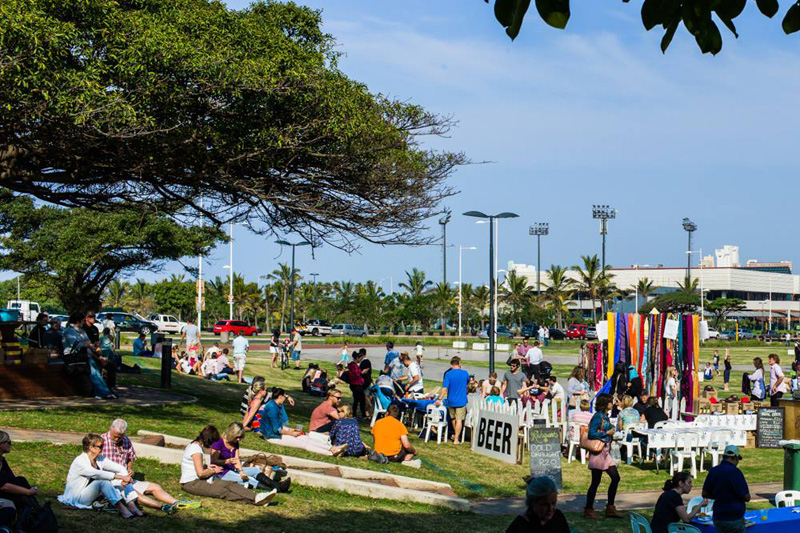 On Durban’s doorstep is one of KwaZulu-Natal’s two World Heritage Sites – the uKhahlamba-Drakensberg.

Aside from its sheer beauty, and impressive mountain peaks that stretch for well over 200 kilometres, what makes it so popular is its accessible plateau and the slopes and mountains that provide some of the best and most strenuous hiking in the country.

For unspoilt outdoor wilderness you would be hard-pressed to beat the Drakensberg. 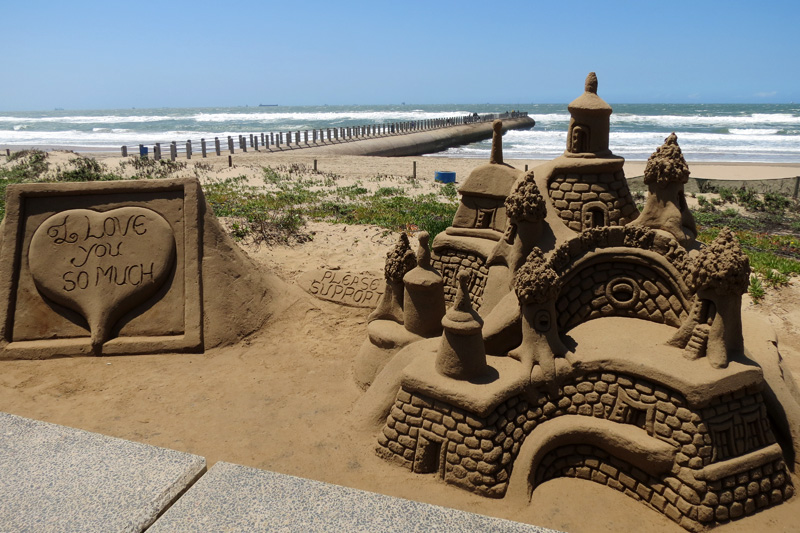 The Moses Mabhida Stadium, Durban’s 2010 World Soccer Cup legacy, is anything but a static white elephant. Quite the opposite.

You can journey your way across the stadium’s arch on the SkyCar to a platform that gives you gobsmacking views over Durban.

The single cabin runs on steel tracks that, on the return journey, rolls under its own gravity. 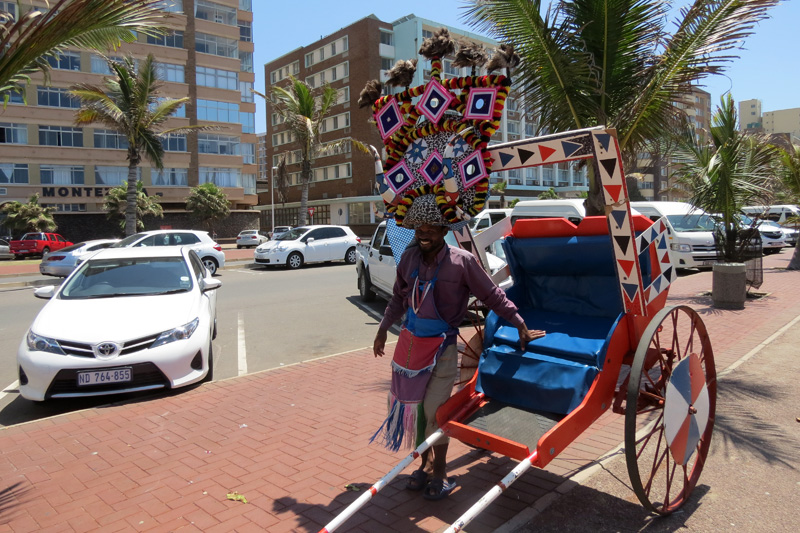 Just below the stadium is People’s Park which, if you have children, you simply have to visit.

It includes a track and field area, a fantastic kids’ play gound and a café (where you can sip on coffee whilst watching your kids play). At night the park often hosts music festivals and shows. 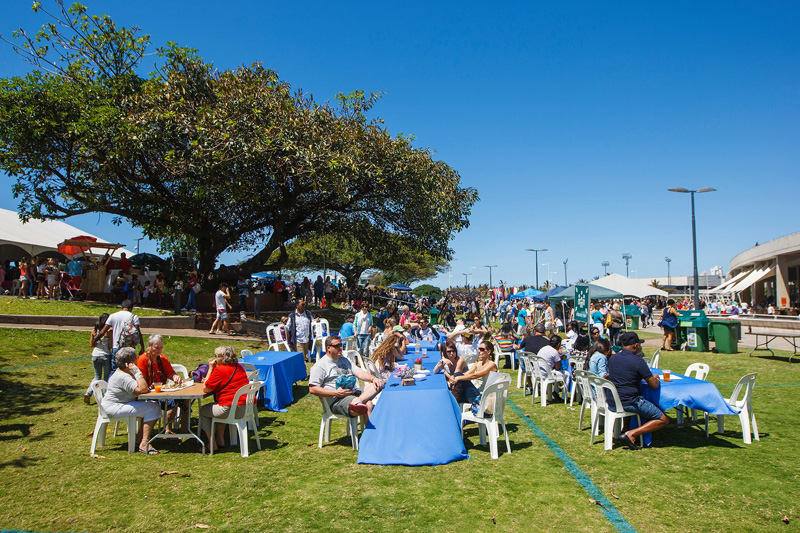 Whilst in Durban make sure to head to the Umhlanga Lagoon Nature Reserve – a quiet, unassuming bit of wetland and dune forest; the Beachwood Mangroves where you’ll find chameleons the size of your thumb; and Hawaan Forest, Durban’s ancient strip of protected forest.

Plan a Trip to Durban 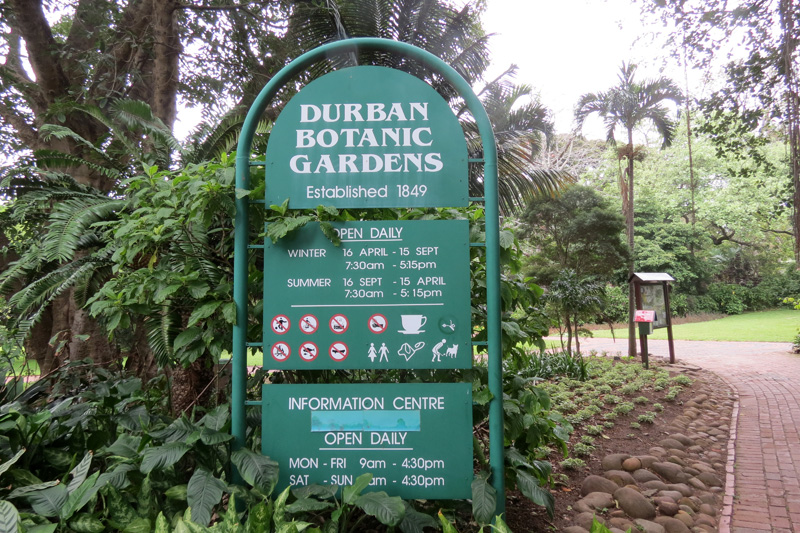