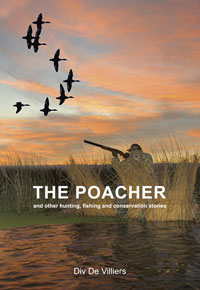 Many books have been written about game rangers. Most are set in the African bushveld or savannas and portray the romantic image of rugged men exposed to harsh elements and dangerous game.

The stories in this book are different. They give an insight into the lives of conservationists in the Eastern Cape; ordinary men and women who may not face the dangers of lions, crocodiles and Anopheles mosquitoes on a daily basis, but who have a passion for protecting one of the most beautiful and diverse regions in Africa.

The Eastern Cape is one of the most beautiful, diverse and wild areas of South Africa with a proud, yet poorly recorded conservation history. Div de Villiers has a passion for the Eastern Cape province, its people and its wildlife, an emotion that is portrayed in his writing …

About the Author, Div de Villiers – By Eddie Botha, the Daily Dispatch

Div de Villers is a very tall man. Like in the Victor Matfield mould, all 120kg and 6 foot 6 inches of him.Put it this way, you’d rather be a bunny-hugger than a game or fish poacher when he approaches. The reason is that 47-year-old De Villiers is the head of environmental law enforcement agency the Green Scorpions in the Eastern Cape – the scourge of poachers, owners of illegal cottages and dumpers of medical waste, and the nemesis of 4x4s and quad bike owners who go dune-bashing along the Wild Coast.

What is, however, not widely known, is that an author ’s heart beats inside that huge frame. De Villiers launched his second book, aptly titled The Poacher and Other Hunting, Fishing and Conservation Stories.

The book is a no-holds-barred collection of De Villiers’ experiences during his quest to protect the environment. It is a sure bet that many who have tangled with him and the Green Scorpions will earnestly check the pages to find out whether their names have been recorded for posterity.

De Villiers is a former officer of the old SA Defence Force’s 31 battalion in the Caprivi, where his relationship with the Khoi people cemented his love for the land, which was nurtured at an early age by Northcliff Primary School headmistress Jane Frasier’s educational trips into nature.

Over the years he has served the Department of Economic Development and Environmental Affairs in Port Elizabeth, Kokstad and East London.  In 2005, the Game Rangers Association of SA acclaimed De Villiers as its Game Ranger of Year. The following year he received the SA Breweries’ environmental journalism award for his first attempt at serious writing, Mkambali and the Wild Coast, a coffee table book which he co-authored with Port St Johns’ conservationist John Costello.

The Poacher and Other Hunting, Fishing and Conservation Stories could almost be described as a family affair. His daughter Lauren, a pupil at Stirling High School, did the drawings. De Villiers says that although he aimed to bring out humour in most of the stories in his book, he also hoped to convey a serious conservation message. “We need a huge effort in the province to stop the decimation of our forests and the killing of wild game such as rhinos.”

About the Book, ‘The Poacher’

The Poacher is a collection of fascinating, humorous and thought-provoking stories that Div has written over the years, which give rare insight into the experiences of game rangers, conservationists and colourful characters of the Eastern Cape in a style that some say is not dissimilar to that of Herman Charles Bosman.

“Here then is my story – bite-sized chunks of it anyway. If I succeed in making people laugh, stimulate some thought about real conservation issues, and make even one young person interested in following a career in environmental conservation, then it will have been worth putting pen to paper. If not, I should have rather watched more of Metallica and Nickelback on MTV. Hell, I’m sure I could’ve been a rock star!” – Div de Villiers

An excerpt from the book …

“What is it about a kid and a dog?” I asked my wife as I packed the last bag into the Venter trailer.

“I suppose the same thing there is about you and a dog,” she answered. 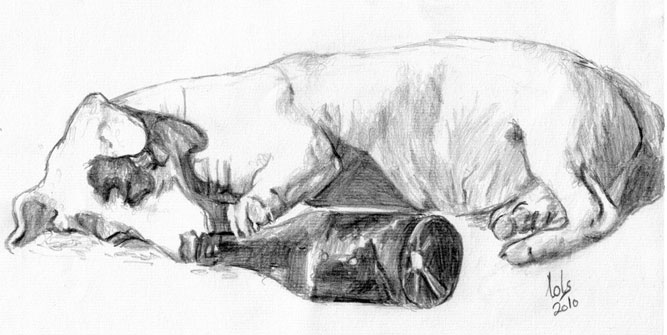 I stared at her, but couldn’t argue. The thought ran through my mind that anyone into hunting, fishing and outdoor life had at least one dog. But my family exceeded the bag limit on dogs and, as was the case that morning, it often caused inconveniences. I threw up my hands in despair and waved towards my children.

“Look at them. You’d swear they don’t want to go on holiday,” I said. Crammed into the dog kennels, backsides in the air like two burrowing terriers, were my 9-year-old daughter, Lauren, and my 10-year- old son, Ryan. They were saying goodbye to our six dogs for the umpteenth time and the process was taking so long that my bakkie’s windscreen had frozen again. “That’s enough now, guys!” I instructed. “Say your final good-byes and jump in so we can go. It’ll be light soon.”

I fetched another bucket of warm water from the kitchen and returned to pour it over my windscreen. When I walked past the kennel Lauren emerged hugging her most recently acquired puppy, a Staffie cross Dachshund (luckily the mother was the Staffie). “Bye, Simba,” she cried – the same big tears that two weeks earlier had changed my mind about getting any more dogs.

“But you don’t understand,” she sobbed, “You don’t love him like I do. You didn’t even want me to keep him.”

She had a point there. When she had come home from school hugging the flea-riddled brak, I tried desperately to persuade her that we could not keep another dog. “But it’s going to the SPCA,” she pleaded. The pup looked questioningly at me through folds of loose, tan skin.

“Well I’m sure someone who has no dogs will take it and give it all the love it needs,” I answered. I thought I was handling the debate skilfully until she resorted to unfair tactics. She bowed her little head, her blue eyes drooped and she let out a heart-tugging sob. That’s when I did what any father does in those circumstances – I gave in. And so it was that we acquired our sixth dog.

Many books have been written about South Africa. It may lie on the southernmost tip of the African continent, but it's attracted a fair amount of attention since 1994 for numerous reasons – political and otherwise. This list of 10 best non-fiction books ...

I first connected with South African fiction when I read Etienne van Heerden's The Long Silence of Mario Salviati, and was hooked. If you consider it was 2002, it took me rather a long time to get there. Since then I've read much and often. Here is a list of ...

What better way to get in the mood for travel than from your armchair. For those in your life who, either won't get moving and need more than a gentle prod, or are addicted to journeying in any way possible, here is a list of classics and great reads that are ...