Now reading: Creighton’s Aloe Festival – A Midlands Event not to be missed

During the month of July the little village of Creighton in the Natal Midlands comes to life as it hosts the annual Aloe Festival. The festival takes place over the weekend of July 6th to 8th and there are a number of activities on offer; steam train rides, hot air ballooning, trail runs and mountain bike rides… 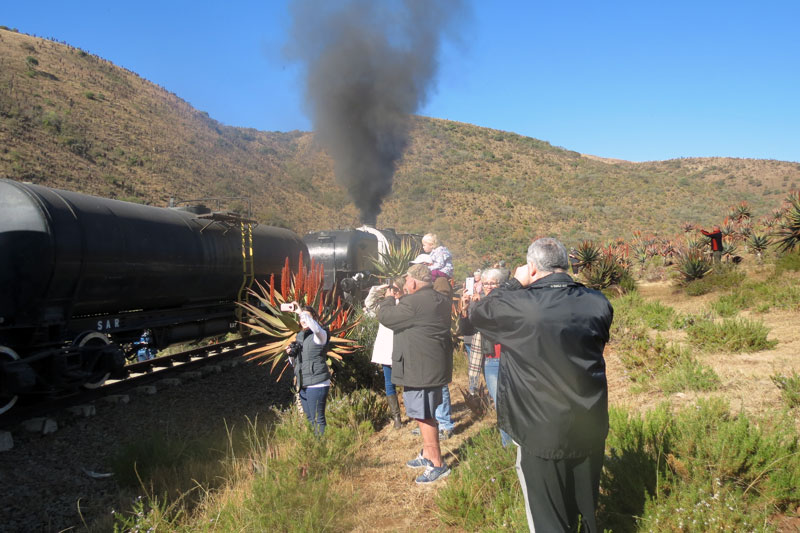 A trail run is the first event on the festival calendar. Starting at 17h30 from Myddelton Farm on Friday, July 6th, this 6.5km run (with a shorter loop for walkers, children and dogs!) promises to be a great start to the weekend. The race fee includes entry to the cheese and wine evening at the Creighton Sports Club. There are another two trail events over the weekend; Avebury Farm is host to a choice of either a 5km, 10km or 21km race on Saturday July 7th. 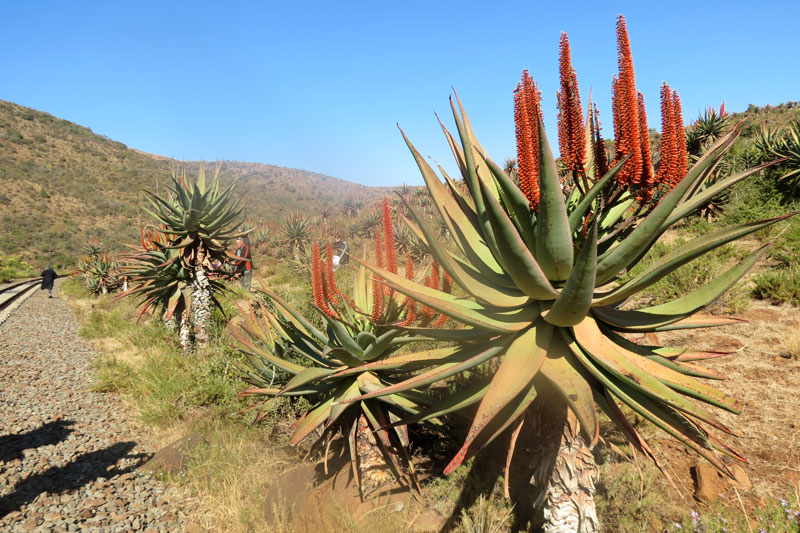 These routes promise spectacular scenery of aloes and waterfalls. For those who want a bit of both the Sunday event incorporates trail and train! The 18km event gives race goers a 90 minute train journey before getting dropped to race the train back to Creighton!

Mountain bike fans get their turn on Sunday July 8th. Departing the station at 07h00 cyclists will board the train for a 2h30 meander up the Umzimkulu River and on to Riversdale. Cyclists will be dropped off on the return leg of the journey to start their 25km race back to Creighton. 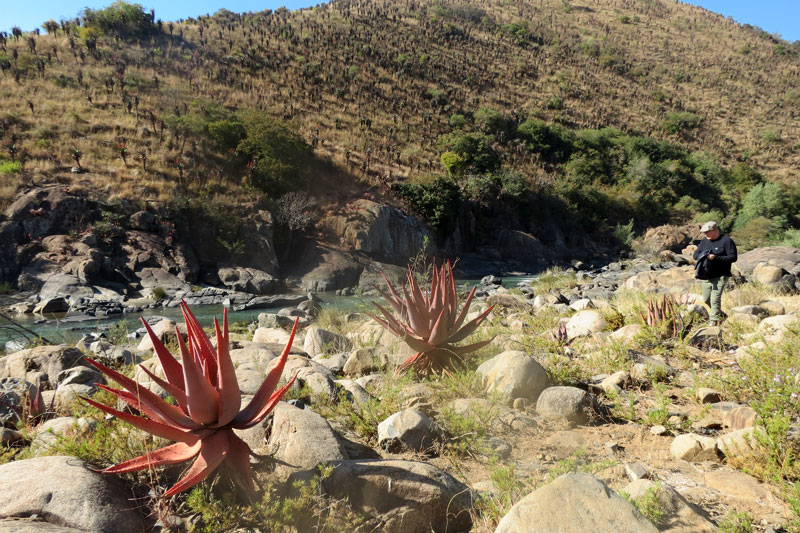 For those who are not able to make it over the Festival weekend, fear not, the steam train trips take place every weekend throughout July. The first trip took place on Saturday June 30th and I found myself setting my alarm clock for 05h00 in order to get to the station on time!

The train departs at 10h00 promptly and makes its way through fields of Friesland cows before leaving farmlands behind as it enters the valley and follows the Umzimkulu River. 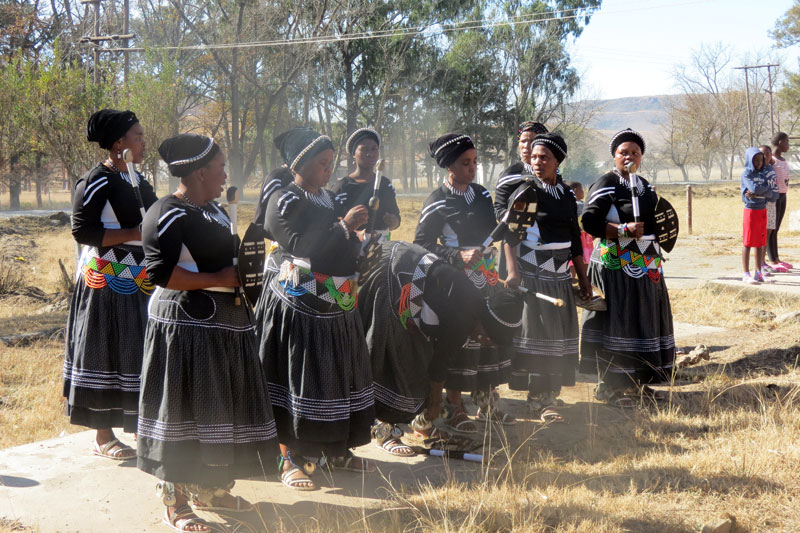 The scenery is spectacular; thousands of bright orange aloes flower throughout the valley, along the river itself and high up on the hills. It truly is quite beautiful. The train stops alongside the river for passengers to jump off and take photos before carrying on to Riversdale station where it is greeted by a choir of Zulu singers. From here the train makes its way back to Creighton. 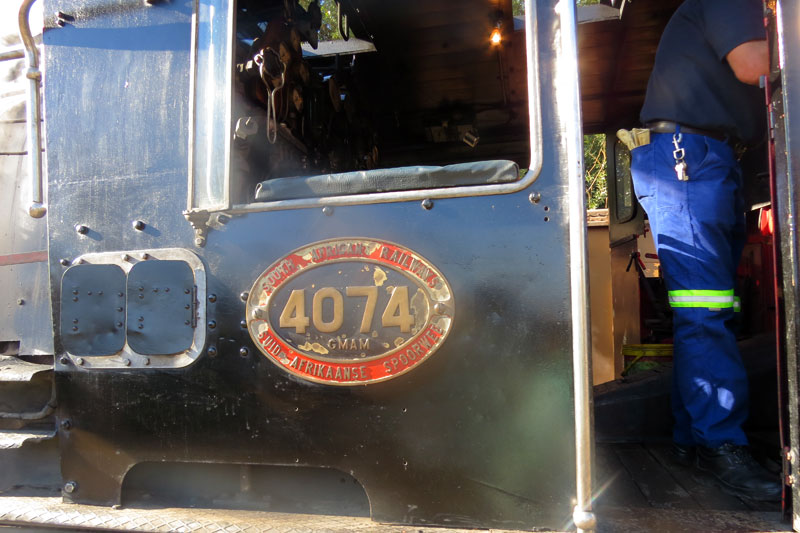 Train times are as follows:

Refreshments and snacks are available for purchase on the train and breakfast is available at the station before the train departs. Lunch at the country club can also be booked beforehand. This really was the most fantastic day out; brilliantly organised, well run and a definite one to do again next year! 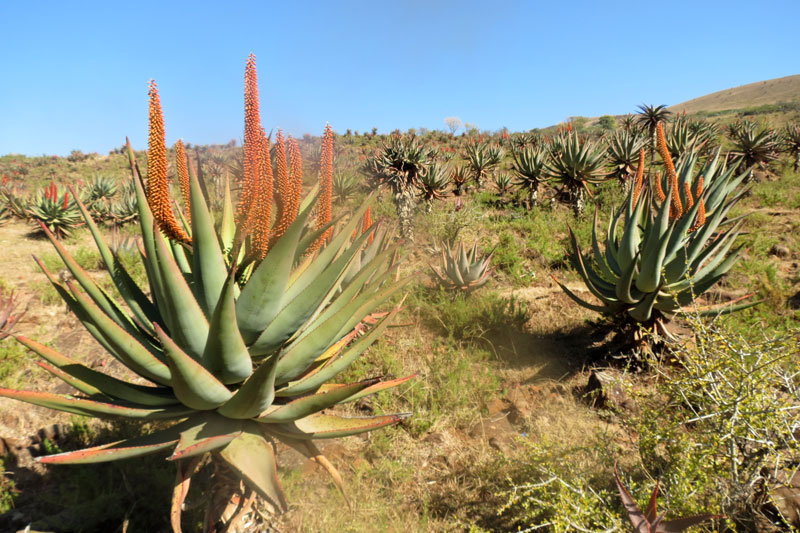