You have to love the simplicity with which public holidays in countries, the world over, are named. South Africa’s Freedom Day is no exception. Independence and liberty are two words that come soberly to mind when taking a moment to reflect upon what this day means to us as a nation.

South Africa, our land, was set free from more than three hundred years of colonialism and more than forty years of the enforced, vicious racial segregation system, Apartheid.  It was designed, quite literally, to keep us apart and indeed, ignorant.

Freedom Day is the culmination of years of protest, suffering, injustice and inequality, a day upon which every single South African man and woman, were given the rights for which so many had fought and died for. The 27th of April 1994 saw the first ever democratic election held in South Africa. 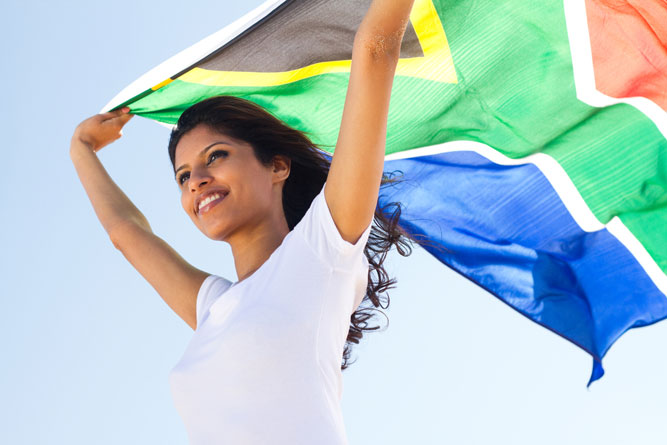 Nineteen years later there is still an electric atmosphere, a tangible presence of the nation unified and growing stronger together in the spirit of Ubuntu. Perhaps Nelson Mandela said it best on the very first anniversary of Freedom Day.

“…As dawn ushered in this day, the 27th of April 1995, few of us could suppress the welling of emotion, as we were reminded of the terrible past from which we come as a nation; the great possibilities that we now have; and the bright future that beckons us. Wherever South Africans are across the globe, our hearts beat as one, as we renew our common loyalty to our country and our commitment to its future.

The birth of our South African nation has, like any other, passed through a long and often painful process. The ultimate goal of a better life has yet to be realised. On this day, you, the people, took your destiny into your own hands. You decided that nothing would prevent you from exercising your hard-won right to elect a government of your choice. Your patience, your discipline, your single-minded purposefulness has become legendary throughout the world…”

Remember what this day stands for, accept the charge, celebrate it and strive to create a better South Africa for your children too. One day at a time.

Help in Planning your Trip