Heading for the bush does not necessarily mean you need to be in the pukka ‘bushveld’ for it to qualify. There are other areas around the country where ‘bush’ is easy to find and closer to home than you might think.

Here are a number of bush campsites recommended by friends, family and those in the know… 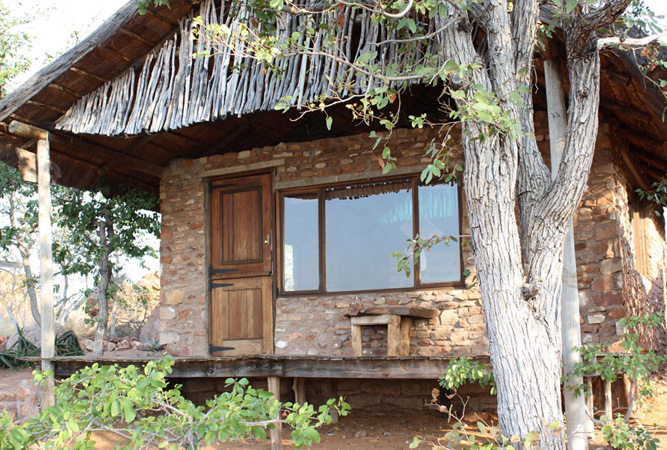 This is bush camping in style, if you’re into rustic camping then this isn’t quite for you, but it will be hard to resist. Lying between two sandstone ridges within a natural and world heritage site with orange Kalahari sand beneath your feet and the sight of baobabs through the mopane bushveld, there is little here that does not equate to a ‘true’ bush holiday.

Best of all is the possibility of sighting the Tuli elephants (considered wandering residents). Almost every large animal, other than rhino or buffalo, has been seen on the farm and at certain times of the year the bird list swells to 350 species.

The rather artsy design brings to mind Morocco, despite being just outside the Kruger National Park. The campsite lies under 40-year old lychee trees, laid out over several stepped slopes, complete with portable washing lines and fresh water taps. The views are really great too.

Open air showers, a communal bush kitchen and pantry, the boma overlooking a lake with a fireplace in the middle, colourful blankets and pillows and relaxing bean bags under a monadic tent roof with drinks from the ‘beach’ bar – what more can you possibly want from a camping experience. 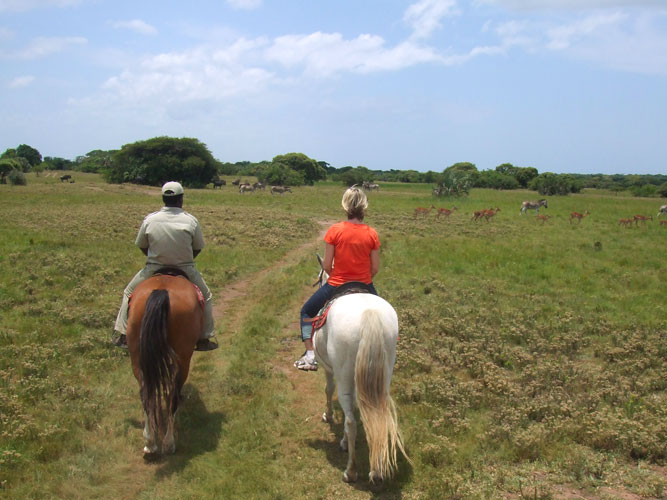 Bonamanzi’s wilderness campsite in Hluhluwe has a limited number of sites in the midst of a sand forest (you could always opt for one of their tree houses otherwise). If you’re in a group then you’ll want to book campsites one through four as they’re fairly close together and share ablutions. If you want a little more privacy or seclusion ask for sites five and six. And then, provided they’re now completed, the new sites – seven through 10, are exclusive each with their own ablutions. 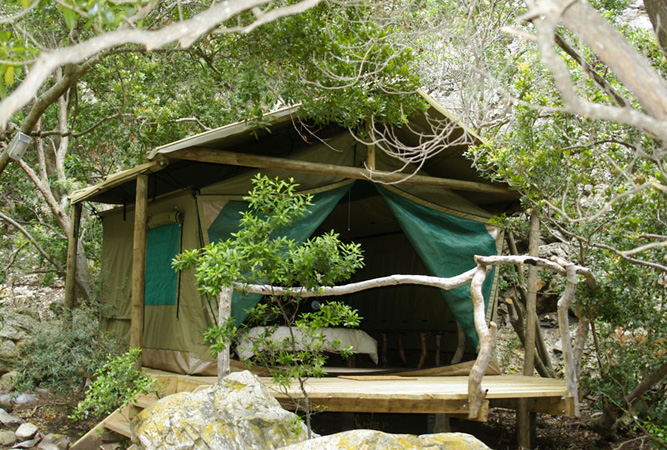 One of the best, this campsite is set on the soft sand of the banks of the Orange River (there are grassy patches under acacia trees). Time spent here is about swimming, fishing or simply watching the water flow by – you’ll need time out as just getting to De Hoop is a mission with the road full of twists and turns.

This is very rustic camping – only cold water and no power – but then you’re here because being in these surrounds  in the middle of nowhere equates to heaven. The campsite is popular, but there are ablutions for 12 campsites, up to six people per site.

The Dwesa and Cwebe nature reserves are both relatively small, separated only by the Mbashe River in the central Wild Coast. On one side is the Indian Ocean, and on the other rugged grasslands of what was the Transkei. Dwesa’s campsite is beautiful , right on the beach next to a little estuary.

The campsite is fairly big but doesn’t feel crowded. Community guides take you on nature walks or boat trips over the Mbashe River to Cwebe. Explore lush forests, winding rivers and open grassland or simply chill on the beach. This is Wild Coast at its best.

Kleinrivier Wilderness, between the towns of Uitenhage and Steytlerville, has a tented camp and mountain lodge set in amongst the remote Winterhoek Mountains. The wilderness shares two boundaries with the Groendal Wilderness Area and is bisected by two rivers, each of which cuts a deep gorge through the mountains.

The campsite lies at the mouth of the Kleinrivier gorge where eight double tents are set in amongst the forest elder and tierhout trees. Each tent has its own deck overlooking the Kleinrivier cliffs and stream and there are mattresses, hot showers and a loo with a view.

Any recommendations? Tell us about your experiences in bush campsites below…

10 Ways To Survive A Holiday with Kids, In A Group

Going away with children is fairly taxing on its own, but a holiday with a group of friends AND children – can it work? Is that asking for more stress than you can handle, or are there benefits that far outweigh the minor compromises you may have to make? ...

Baviaanskloof is an area just 120 kilometres west of Port Elizabeth, nestled within rugged mountains and boasting an endless variety of nature’s finest to enthral those that love the outdoors. Its untouched beauty, seclusion and abundance make Baviaanskloof on...