Now reading: 10 Ways To Survive A Holiday with Kids, In A Group

Going away with children is fairly taxing on its own, but a holiday with a group of friends AND children – can it work?

Is that asking for more stress than you can handle, or are there benefits that far outweigh the minor compromises you may have to make?

We went away in a group of six adults and five children recently, for three nights. It was one of the most wonderful holidays I’ve had (with children, that is). Here are a few ways I would suggest to allow your holiday to run smoothly …

Inviting along a couple you know is going through a rough time in their marriage is a recipe for disaster, as is asking along people you suspect will never hit it off. That applies to single friends too – if they do not have their own children, they’re going to be fish out of water.

Successful weekends develop when your friends know how to behave as adults and are at the same stage of life. Children are a lot less hassle. On the whole, I’m inclined to think that as long as they are neither too old, nor too young, children of most ages will get along just fine. And if the adults are having a good time, the children will too. 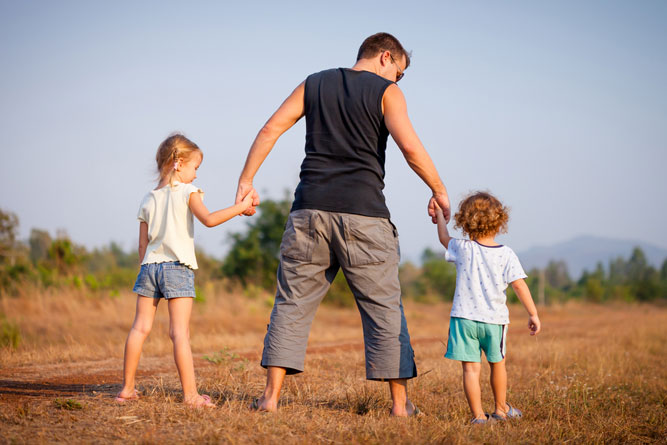 This relates back to careful selection of whom you invite along. It is important that all of you have more or less the same attitudes to things like child rearing, hygiene, and the type of food you like to eat.

Have someone ‘in charge’ – this person should have no qualms about deciding who sleeps where, who is in charge of which meals, and any other organisation that needs to happen in order for things to run smoothly.

That person should also be someone who does so with ‘grace’, someone who easily takes this in her (sorry, couldn’t resist) stride and accepts the responsibility with good humour. Someone from whom the group do not mind taking nominal instruction.

In this way each person knows what they are responsible for and no resentment at having to shoulder most of the dishwashing or cooking will ensue. This is particularly important if going away for more than just a weekend.

Four couples is probably just stretching the upper limit, more than that and you could run into trouble keeping everyone happy. It depends very much on the group, but our three couple holiday was just perfect, especially given the space constraints.

Elaborate menus, too many activities and places to visit, and little flexibility do a disaster of a holiday make. Everyone needs space to do their own thing, and much of the activity tends to naturally evolve.

THE RIGHT KIND OF PLACE

That said, the venue does need to have some form of attraction – a river, the sea, mountains to climb, cycling paths etc. Staying in one of the the couple’s family holiday home is probably not a good idea though. The rest of the party will constantly feel like ‘guests’, could feel indebted, and probably won’t be able to properly relax.

But it depends on the home. Ours was a ramshackle, really basic friend of a friend’s holiday home with the focus on the river that flowed just below the house, the stars at night, and good company. 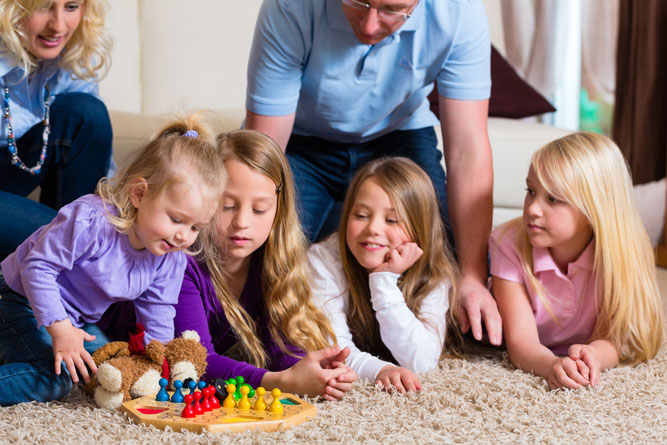 It doesn’t have to be fancy, but it must have enough facilities (read: bathrooms) that everyone has privacy.

Far more important than a swimming costume or bug repellent (someone else will probably have packed extras) is at least one board game to keep children amused during the afternoons. Our group of only boys between the ages of seven and fifteen were captivated by Talisman for three consecutive days.

The river helped too. Every morning began with an activity – a run, a ride, a swim – something to expend energy, followed by a swim. And once the day became too hot to handle, there was a unanimous ‘yes’ to playing the board game.

Boundaries about how late children may remain up, what behaviour is acceptable when in the water, what foods the children will have access to, and who is allowed to discipline whose children are all important to iron out amongst you.

You’re on holiday. Try not to sweat the small stuff. Now is the time to put your feet up. Having other people’s children hang out with yours takes a lot of the stress out of your holiday and you’ll have more ‘me time’ than you thought possible.

Children change the nature of travelling. Often, they make it so much better; giving you a different perspective of the destination and holiday as you see it through their eyes. However, it certainly takes some adjustments so that both you and the younglings c...