For a month, starting June 12th, Brazil will host 64 matches across the country.

That’s the other side of the world from South Africa, but it’s close enough to the 2010 World Cup to bring back memories of giant stadiums finished in time, kelp vuvuzelas, the Diski dance, the macaraba (hand-cut, hand-painted hard hat), and flags flying from car windows.

This time most of us will enjoy the games from the safety of our lounge. But nobody will forget the vuvuzelas. Or will they? 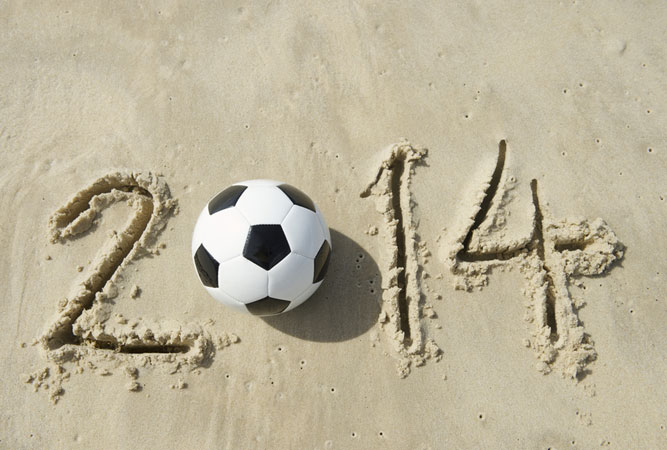 Brazil Soccer World Cup fever – 15 facts you may not know…

1. FIFA has banned vuvuzelas from the Brazilian World Cup. The incessant droning that FIFA claims ‘nearly ruined’ the 2010 World Cup (maybe they have a point, but four years after the event I admit to a certain fondness for the plastic horn) is outlawed from Rio.

2. FIFA has also banned the caxirola. Herolded by the media as Brazil’s answer to the vuvuzela, this little pear-shaped percussion piece, pronouned ka-shee-role-ah, that people shake in response to play, has been vetoed by FIFA, despite getting the nod from Brazil’s Ministry of Sport.

3. And food, megaphones and hooters. Anything, really, that will put people’s safety at risk. Or, at least, that is the line FIFA takes.

4. Brazil anticipates 600,000 international visitors will arrive for the event. Of the 450 000 visitors South Africa initially predicted might arrive, 309 554 foreign tourists visited specifically to attend the World Cup. However, 1,401,725 foreign tourists arrived in the country in June/July 2010.

5. Fans drank 750 000 beers and ate just under 400 000 hot dogs in stadiums around South Africa in 2010. Brazil’s former strict ban on alcohol at soccer stadiums (the ban was initiated in 2003 to try and reduce stadium violence) has had to change, as FIFA pushed to make Budweiser the ‘official beer’ of this year’s World Cup.

7. World Cup 2010 South Africa screened in every single country and territory on Earth, including Antarctica and the Arctic Circle, reaching over 3.2 billion people (46% of the world’s population focused on South Africa) at home. That doesn’t take into account all those who watched the match at bars, restaurants or online. World Cup 2014 will also be broadcast over the whole world.

8. This is not the first time Brazil has hosted the World Cup. They did so back in 1950, although Germany and Japan were not allowed to take part. 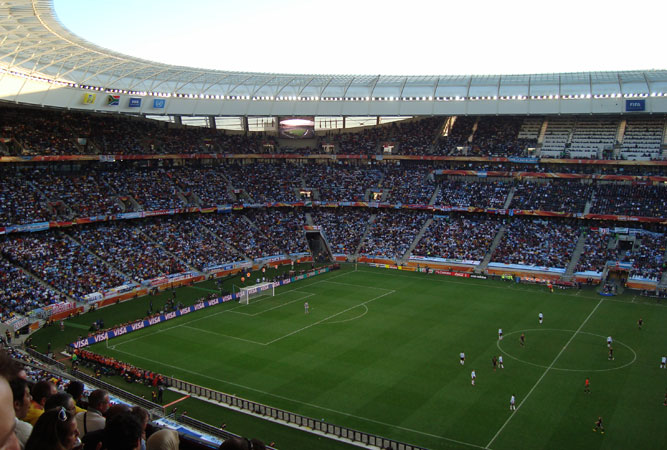 9. The Brazilian mascot, known as Fuleco and nicknamed tatu-bola, is a Brazilian three-banded armadillo – unique to the country and classified as ‘vulnerable’. The little armadillo has developed the trick of rolling up into a near-perfect, football shaped sphere when threatened. This very trick is what makes it so vulnerable – easy to pick up and eat. Whilst conservationists were rather upbeat at the attention the species might receive as the result of mascot status, this has waned. The World Cup will profit hugely from its image, whilst FIFA has yet to contribute to the conservation of the tatu-bola.

11. At South Africa 2010, three brothers (Jerry, Jhony and Wilson Palacios) made history as the first three brothers ever to play in the same squad, for Honduras. Jhony has failed to make the squad for Brazil 2014, but the other two continue to play for their country.

13. This is the first World Cup ever with goal-line technology. 14 cameras will line the rim of host stadiums; 7 allocated to each goal. They are connected to a mainframe computer responsible for analysing every shot. Additionally, the referee will feel a vibration and receive a visual sign saying: ‘goal’ to his watch (connected to the computer) when a match ball crosses the goal line.

15. 2014 World Cup is the most expensive World Cup ever. The costs so far are $11.5 billion. Protests have taken place across the country, and strikes by police, teachers and transport in several Cup host cities. They demand better education and health care, and want the world to see the real Brazil, not just the soccer. 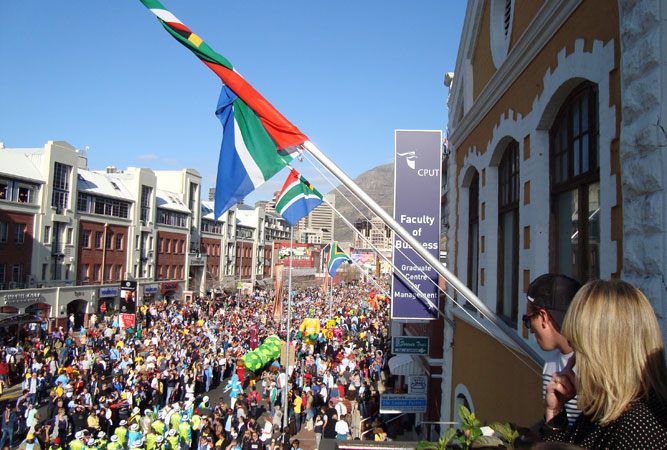 Now I’m not sure about you, but soccer fever has certainly hit me in a big way. I have never been a big soccer fan and tend to favour the rugby, however, from the first moments of the 2010 World Cup opening ceremony I knew I was hooked. South Africa is unit...