Nothing prepares you for the mind numbing final stretch of long haul flights. Nothing. Sleep deprived, muscle sore, irritated and overextended, longing for the constant shhhhhh of the airplane cabin white noise to end, there is little one can do but grit one’s teeth and bear it.

But there are ways to eleviate the obvious discomforts, and prepare in a way that at least allows you to relax. Taking control of your flight is half the battle won …

Here is our must-have guide to surviving longhaul flights 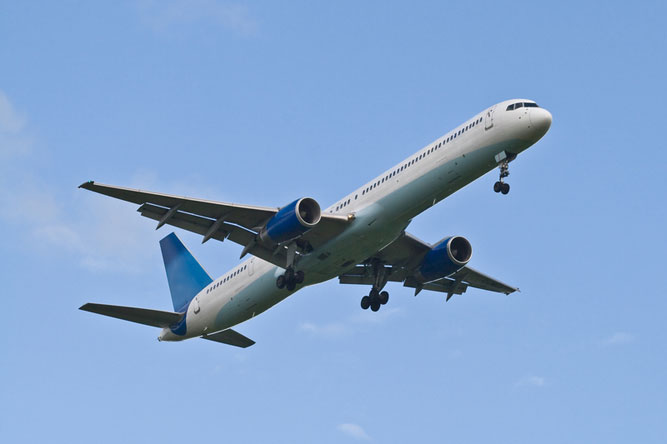 If you can afford it, take the direct flight. Multi-flights might be cheaper, but believe me once you’ve been in the air for 12 hours you’ll wish you’d paid the extra. If, like me, you’re faced with a trip to New Zealand from Cape Town, then you have no choice but to take the multi-trip option.

If you can, choose to fly overnight rather than during the day. You’re more likely to sleep and possibly suffer less jet lag as a result.

Airports like Singapore (my number one airport for creature comforts – with massage, day rooms, fish ponds and even a roof garden on offer), Hong Kong and most European airports have day rooms available by the hour. If you can afford them, and particularly if you have children, this is a very good way to catch up on sleep, get away from the throngs, uncomfortable chairs and have a toilet and shower all to yourself. If you can, book your room ahead.

I’m not convinced that where you sit is that important, although you might want to avoid the back row near the toilets (though a friend of mine always books here as these are the last seats to fill and are thus often empty). Others advocate that getting as far forward as possible (to reduce noise), but a couple of rows from the bulkhead seats (unless you have a baby, then the bulkhead is where you want to be) is optimal. Those who suffer airsickness stick as close as possible to the wings.

Checking in online does NOT get you onto your flight any sooner (although it will reduce stress of anxious flyers), and cutting it fine and arriving at the last minute just makes you stressed. Get there two hours before and prepare to stand in queues. There is not way around it.

Keep your valuables on you or in hand luggage, and take as little as possible onto the plane. Include: a change of clothes, thick socks, toiletries for freshening up, your wallet, passport, pen, tissues, earplugs, eyeshades, blow up pillow, a book to read, and water (although since 9/11 airlines are odd about water). If you have children include games like sudoku, paper and pens, a miniature chess set (or other board games), wet wipes and a tablet (the electronic kind!).

I’m not going to bore you with the usual ‘get up and walk around, stretch, wear earplugs, avoid caffeine and alcohol, take a chill pill and melatonin for jet lag, grin and bear the loos’ scenario. Once you’re on the flight you’d best find the optimal mind zone in which to remain relatively stress free. There is no optimal way to spend 12 odd hours in close confines with ±1500 people!

Airport prices are extortionist. But there is no way around it. Any liquid is usually taken from you at security, so you will need to buy at least water, particularly if you’ve just landed after a long flight.

A lot of people don’t realise that many airports will have a shower somewhere for travellers in transit. Some of these will charge for the privilege but provide amenities, others won’t but do your homework ahead of time, don a pair of flipflops and go and freshen up. By that stage, you’ll want it more than anything.

By this stage of travel you’re finished. Reading a Thomas Hardy novel will only accentuate the number of hours you still need to sit and wait. Copies of latest gossip magazines and back copies of sitcoms you meant to watch are brilliant for transit lounges, particularly if you’re on a hard seat.

Make sure you have the correct visa for your destination country, and that your passport is up to date.

A hotel right at the airport

If you’re arriving at a ridiculous hour, then book the airport across the road for the first night. You’re not going to want to negotiate taxis and strange cities after a long haul flight. It will also give you a chance to work out the average price of a taxi so that you’re not ripped off.

What are Your suggestions for making flying easier?