Now reading: 7 Unique South African Creations You Will WANT TO GET Your Hands On

South African’s are smart thinkers. Our list of 7 unique South African creations are either charming or innovatively functional. Some are both.

Either way, you’ve got to love them. Want them. And head to our shores to get them.

These gorgeous 2 metre high creations (a variety of them) made out of recycled and re-purposed materials not only caught our eye, it caught the Obamas as well. One now hangs in the White House. Made by Magpie Art Collective, a socially-responsible partnership of four friends based in the Karoo town of Barrydale, four of their chandeliers were snapped up by a high-end chain in America where they came to the attention of a celebrity decorater in the throes of redoing the Obama residence.

Get it: order through the Magpie Art Collective website, or visit their gallery – 27 van Riebeeck Street, Barrydale 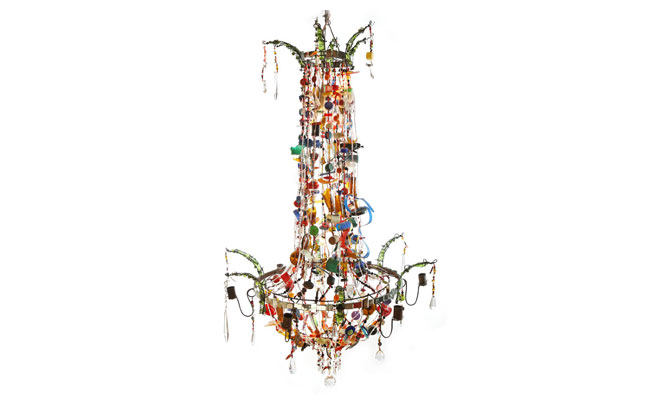 Photograph courtesy of magpieartcollective.com © (Above)

Richard van As, a South African carpenter, recently shot to fame for designing the toughest 3-D printer in the world. Up until now 3-D printers have proved delicate – the least movement and one would have to start again. But this creation can print upside down, and find itself tossed onto the back seat of a car to rush off anywhere, without breaking.

Van As’s story is an inspirational one. Having lost four fingers in a wood-working accident he went on to design, along with US inventor Ivan Owen, over Skype, a RoboHand, which they made available as open source online for anyone to use, as long as they had access to a Rep-Rap style 3D printer. It wasn’t long before work on a less-finicky 3D printer began, one that could be used in remote locations like war-torn Sudan. 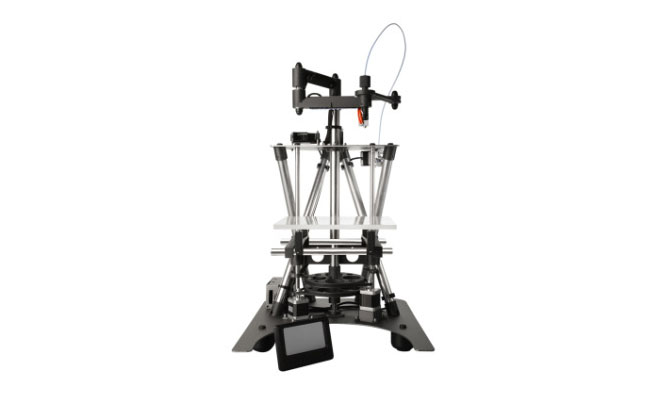 Photograph courtesy of robobeast.co.za © (Above)

The cheapest, lightest, most appealing looking slow-cooker this side of the equator, cooking with it involves no plugs and no fuss. Perfect for meaty stews, vegetable curries, rice or soups. Simply boil it, bag it, slow cook it and serve. Heat-retention cooking is not rocket science. Neither is it anything new.

Sarah Collins added a 21st century twist to her grandmother’s idea of surrounding pans with cushions to produce the wonderbag’s fun and funky design. A wonderbag will save up to 30% annual income, reduce CO2 emissions, reduce time spent cooking, save water, and will not burn the food – so you can leave it to cook all day and get on things. Besides, once you’ve seen the shwe-shwe fabric, you’ll want one just for the way it looks.

Get it: online on the wonderbag store or on Amazon (if you buy one for a deserving woman you get R100 off your own) 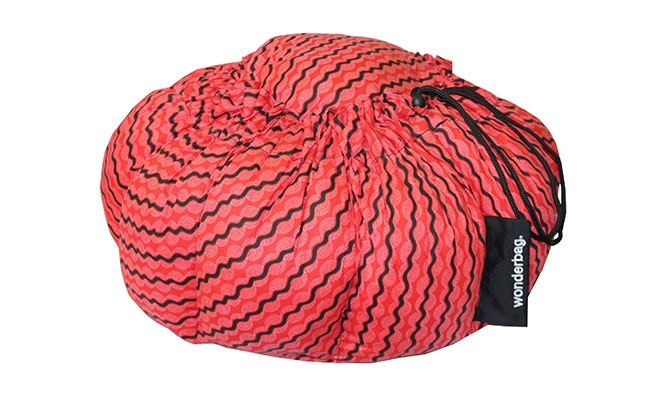 Photograph courtesy of wonderbag.co.za © (Above)

There is a global water crisis. For thousands, daily water does not come from a tap. It has to be collected, mostly by women and children. Pettie Petzer and Johan Jonker invented the ‘aqua roller’ in 1991.

Later renamed the Hippo Roller it is a 90 litre drum designed to cope with rolling over rough surfaces in rural areas with an easy to fill opening, and a wire frame with a steel handle that allows you to push or pull the roller (which doubles as a device on which to transport sick or wounded or even as a spasa shop). It saves time, reduces the effort of carrying water, increases water availability, and provides a hygienic storage facility. Over 33 000 hippos have been distributed; 95 percent of them donor funded.

Get it: online, or give to the indiegogo social funding project  (12 days left, ends on 24 August) 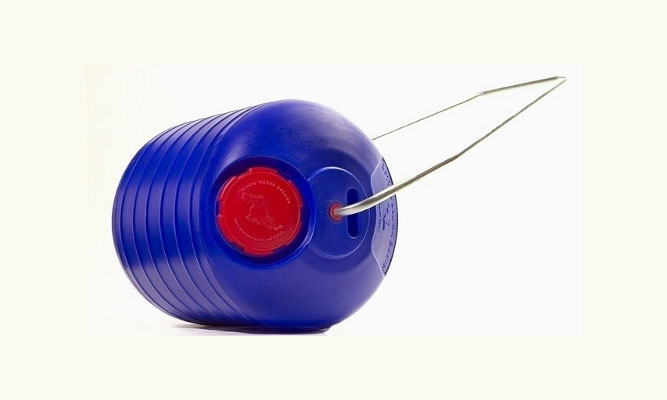 Photograph courtesy of hipporoller.org © (Above)

Ken Hall designed the Cobb cooker initially as a cooking system for people in rural areas who had no access to electricity. It allowed for safe cooking with little risk of dangerous fires. The cooker used dried corn cobs as a fuel source, which is where the name originated. In 2001 Time magazine called the Cobb one of 34 best inventions of the year. The Cobb Cooker has evolved over the years into an elegant, eco-friendly and efficient design. Using 6-10 briquettes you can use the Cobb cooker to cook anything, anywhere, any time.

Get it: on Yuppie Chef 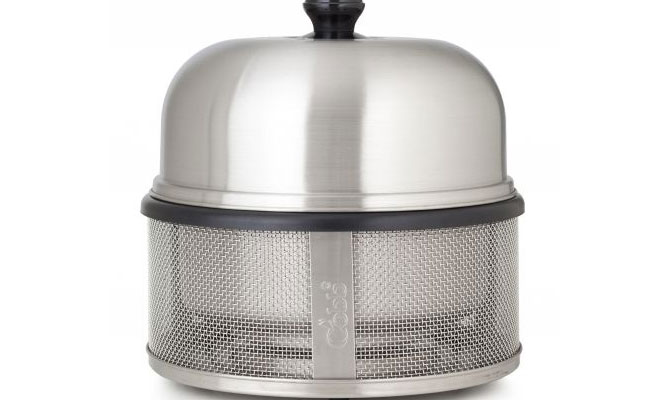 Photograph courtesy of yuppiechef.com © (Above)

The funky Encore Player is a solar and dynamo powered multi-band radio, mobile phone charger, MP3 player and recorder all in one! It might be designed for use by small and large groups of people in off-grid communities, and have a humanitarian ethos, but it would not look amiss on your bedside table.

What’s more there are 4 ways of charging it – integrated solar panel, external solar panel, hand crank and DC, and you can use it to read by as it has two super bright LEDs. 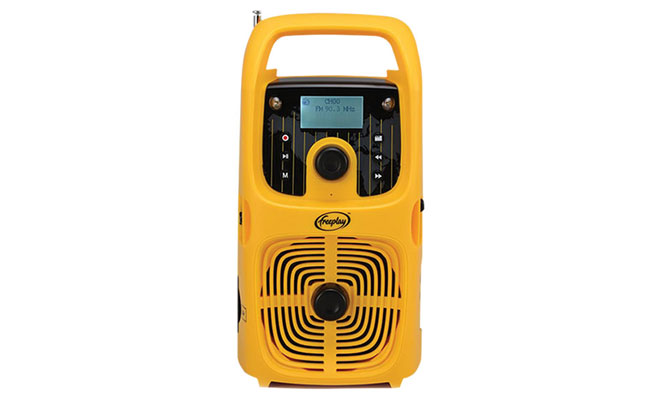 Photograph courtesy of freeplayenergy.com © (Above)

Bead the change or wear the change you want to see; Relate cause bracelets create opportunities that change lives. Since becoming a Trust in 2010, Relate has raised R17.5 million for causes and social upliftment. Their pretty bracelets are made by the elderly, refugees and unemployed township youth, allowing them to earn an income and gain on-the-job training.

Formed in 2004 by Lauren Gillis to help reduce poverty in Cape Town, a third of the proceeds of each bracelet is donated to a cause of choice – and there are many. Each bracelet has a signature ‘R’ bead, which marks it as one of theirs. Choose a cause. Show your support.

Get it: online on the relate.org site 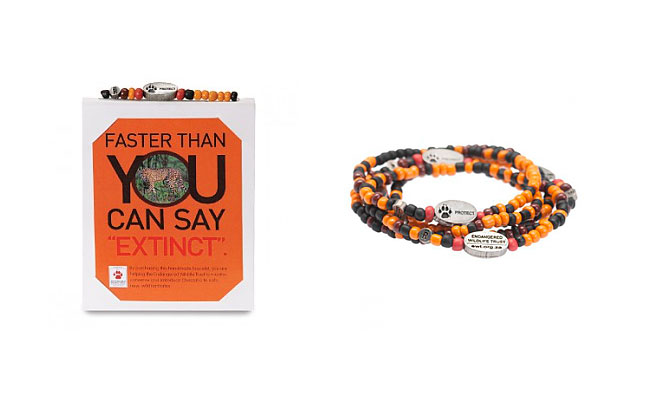 Photograph courtesy of shop.relate.org.za © (Above)