The 2011 Argus Cycle Tour took place on Sunday, March 13th in perfect conditions; temperatures in the mid 20’s and more importantly, not a breath of wind.  After the gale force conditions of the previous two years I’m sure the wind and how strong it might be was the topic of conversation for most participants!

I didn’t take part this year (I blame it on the wind last year) but seeing as I have the advantage of living directly across from the start of Boyes Drive, I made sure I set my alarm for 6.15am and was on the side of the road at 6.50am.  It was still dark when I peered from behind the curtains but the normally quiet suburb of Lakeside seemed to be a hive of activity and I could already see cars parked on the side of the road!  Skottel braais were being set up and the road sweeper lorry was crawling up Boyes Drive, making sure the road was free of glass for the 30 000 odd cyclists that would make their way around the Peninsula.

Im so pleased I made the effort to get up early and see the first stages of the race.  The peloton of top class cyclists, preceded by police riders on motorbikes came through in a flash; hundreds of riders bunched together and somehow not crashing into each other.  The crowds were still coming through some four hours later; from fathers and sons on tandem bikes, to a car guard on a unicycle and two men dressed up chickens cycling for charity – they were all there!

Whether windy or not, the Argus is always a great event and if you are interested in taking part next year the date to diarise is March 11th.  And then pray its not windy! 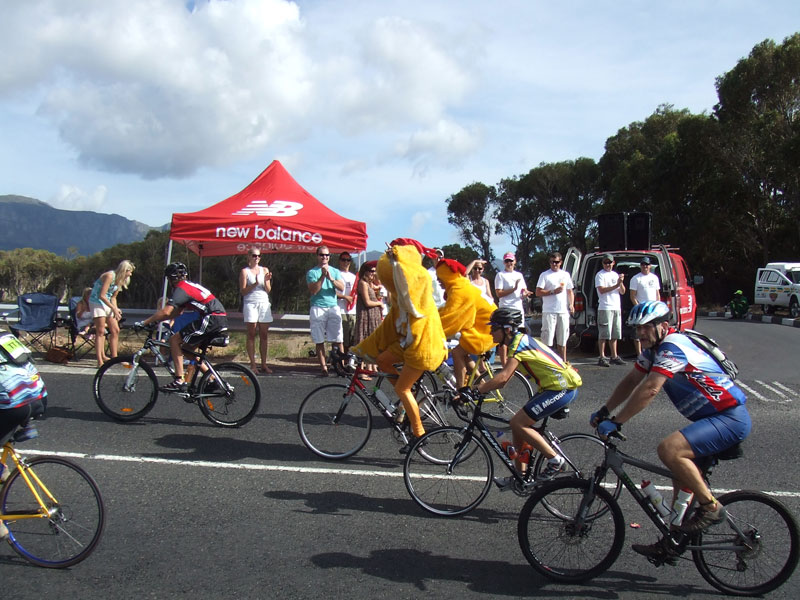 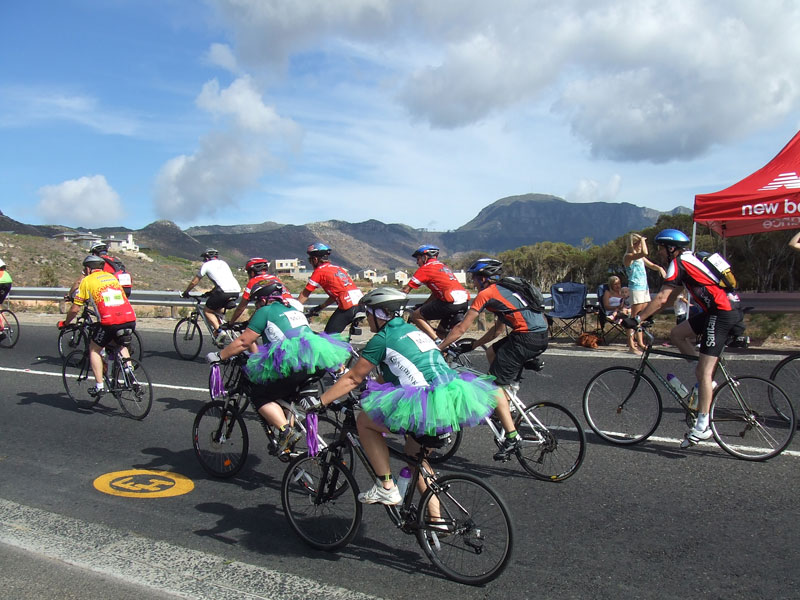