Now reading: At the heart of Cintsa

Let me just tell you now that two nights in Cintsa is just not enough. Especially when the drought decides to end and the rain arrives.

Sitting on the balcony of Buccaneers Lodge & Backpackers, I watch the clouds slowly pulling in over the high sand dunes and where the river meets the ocean.   The palms and thick fronds of green vegetation start to gain movement as the wind picks up.  The sun that heated up our late afternoon here on the hill of Cintsa West has all but disappeared. 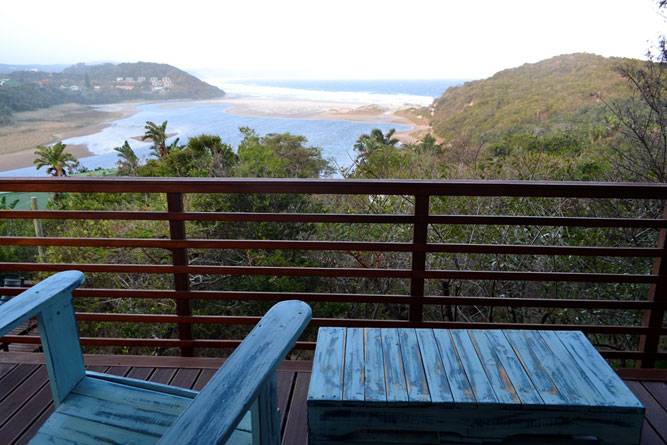 Luckily we’re set up in the one of their newest cottages nestled between tall bushes and other tents on wooden decks.  For two nights we resided in ‘Tutu’ which looks and feels way more like a guesthouse than a backpackers with comfy double bed, paintings on the wall, proudly South African décor and bright side lamps.  From our bed, I could enjoy one of South Africa’s best views of barely touched beach.

That night after a delicious Mexican dinner, Richard from Port St. Johns regaled us with demonstrations of his mind-blowing drumming abilities in the bar and put some of the backpackers to the test.  With years of drum-making and drumming experience, he was gearing up to play at the Soccer World Cup Brazil in 2014. 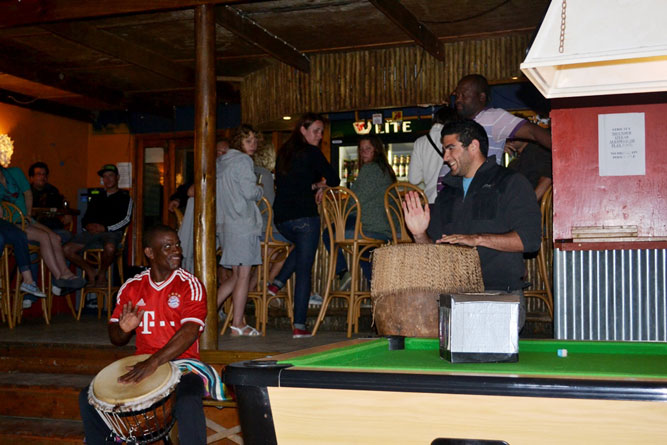 With the sun still confused about whether it wanted to shine or not, we set off to Ngxingxolo Village with our guide Martin. Our Township tour began outside the makeshift clinic set up in a container which had gradually seen an upgrade and introduced a nurse who could be there daily to assist the community with their health needs. Before, a doctor used to visit and consult only a few times a week.

We got to pop in at Cintsa East crèche where Bantu manages and provides a place where children (up until the age of three can come). The older children jumped on us and ran outside playing in the sand whilst the babies sat inside on the floor of the crèche smiling and playing quietly. Volunteer Africa 32 Degrees hosts volunteers from all around the world and places them at the crèche and the primary school.

To the left of the crèche are food gardens growing abundantly as part of their weekly fresh produce market. We pass tiny piglets feeding from their mom, colourful washing blow drying in the sun and geese walking along the gravel road. An older woman rests awhile in the shade of a shack whilst children play outside within the confines of a flimsy fence. 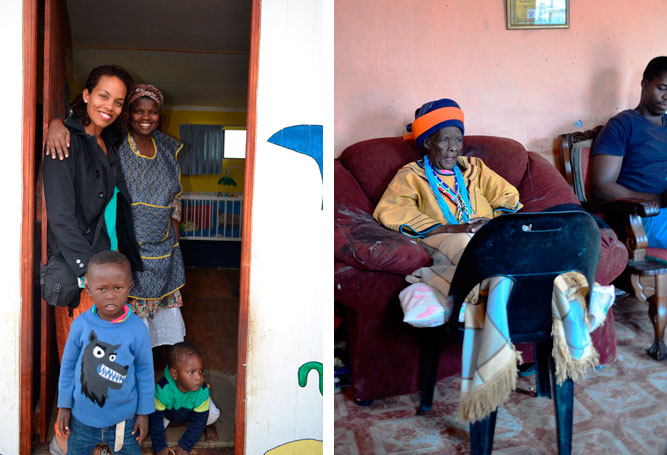 Our next stop is a visit to South Africa’s oldest tour guide. At 94 years old, Mama Tofu, is still quite a force to be reckoned with and begins our visit by seating the men on chairs and the women on the floor- as is true Xhosa tradition she tells us.

None of us can listen to her talk without laughing as she begins with tales of her being naughty and getting pregnant at school. She continues and assures us that young Xhosa women must be taught to act properly before and after marriage. The role of the wife is to look after her husband and his mother and never ask where he has been, only feed him once he returns.

I concur that I would be a stubborn and terrible Xhosa wife and try to get comfortable on the hard floor inside her hut. She shows us paintings which her late son painted on her walls.  With sadness she speaks of his life and his time of being imprisoned with Nelson Mandela and his passing. But quickly returns to being upbeat and reminding us to ask the right questions when it comes to looking for a spouse. 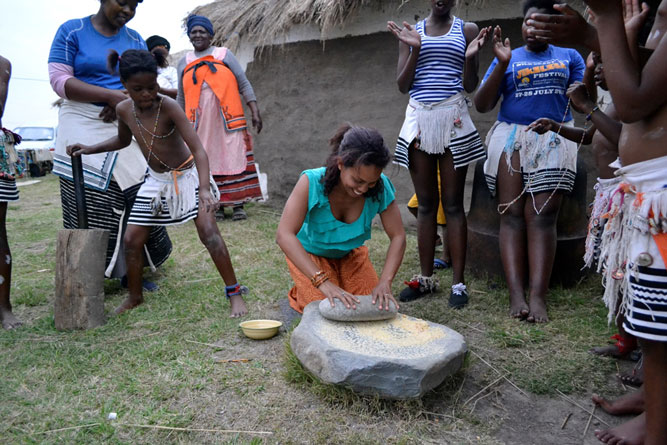 She makes us swap positions five times for photos and bids us farewell before the young girls in neighbouring huts perform a vigorous dance in white and black skirts with a patch of blue and orange.  The bottle caps shake and rattle around their ankles and their feet beat the ground rapidly and in perfect synergy with their songs.

Before leaving the females amongst us are put to the test.  Armed with a large, round stone, I attempt to grind maize.  Once again, I realised I fall slightly short in the duties of a Xhosa wife.

After gaining insight into our craft beer is made and produced at Emeraldvale Brewery, the beer lovers got a taste or two and we left as the rain came pouring down on the roof of the factory.  Because the rainwater is used to make the beer and catches much-needed zinc elements from the roof, owner said the rain after the drought was as good as beer falling on his roof. 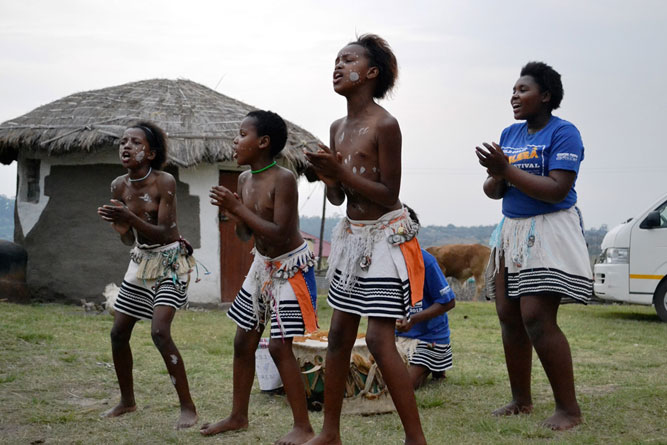 After a braai around the bar and chatter with new friends from France and the Netherlands, it was time to say goodbye to a day in Cintsa and our last day at Buccaneers. We vowed to stay longer the next time and to visit before the rain.