Now reading: The Simplicity and Beauty of Bulungula Lodge

Bags packed and ready to go, we tore ourselves away from the incredible beauty of Coffee Bay and jumped into our little vehicle, one person extra, and set off into the hills of the Wild Coast once more. The sun had come out and everyone’s spirits were buoyed after a couple of cold and rainy days.

We whipped out our printed map, as we were told that Google Maps would simply get us lost, and began the 80 km / 3 hour drive towards the tiny and remote village of Nqileni…= 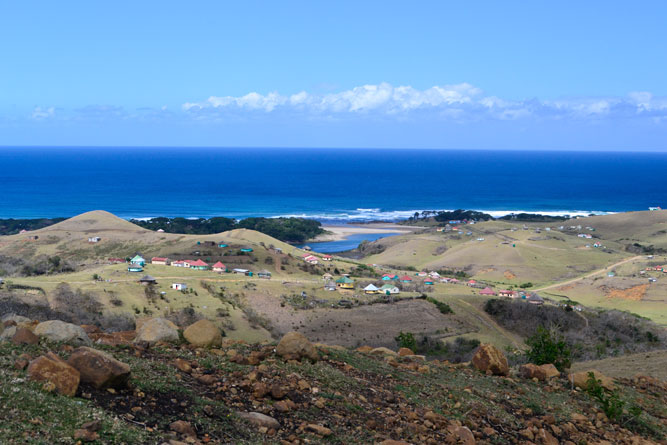 After the first 30min on the roads I was overjoyed that we decided to offer our new American friend a ride as the roads seemed to deteriorate to levels unbeknown to me and I was grateful for the extra muscle on board to help push if the need arose.

Tarmac had become nothing more than a distant memory and in several places the gravel roads, if not swamped with mud, had been worn down to the bedrock forcing vehicles to drive at unnatural angles.

It was all fun and games really, apart from the anxiety of breaking down, and all in all we only took the wrong turn once – which turned out an adventure in itself and cost us nothing as some locals quickly and joyfully corrected us once we stopped to ask…

We saw men thatching roofs and children with the widest smiles as they ran alongside the vehicle waving and greeting us in Xhosa, “Molo, Molo!” And after we had passed the ancient “Wide-Tree”, marked out on the map, Nqileni wasn’t far off. 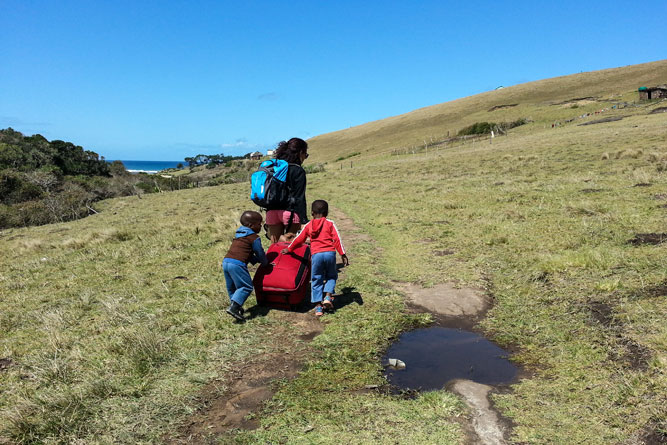 We reached a the final peak of the drive and looked down on the coast and saw the magnificent Bulungula River enter the ocean amidst an array of round and colourful mud-huts dotted on the hill-tops nearby.

We drove until we reached the parking lot which was a further 500 metre walk away from the lodge where we were staying.

We clambered out the car in disbelief at the beauty that surrounded us, as though in a dream, and then we were greeted by three young boys who couldn’t speak English but who were keen on helping us with our bags that were probably three times their size! I told two of them to help my wife while the third, even younger than the rest, caught a ride on mine. 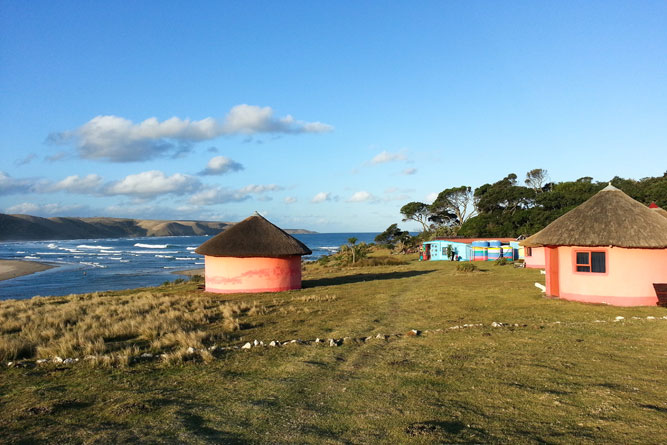 Bulungula Lodge is an exceptional and a remote place. It’s owned and run by the community and the tours and activities on offer are all run by locals who live in the village. The entire lodge is powered by solar electricity and the doors of the thatch-roofed huts don’t have keys because crime does not exist out here.

The showers are powered by paraffin and are aptly named “Rocket Showers” as that is exactly how they sound! This is an area of tremendous simplicity (as though lost in time) and beauty – both of which are echoed in the hearts of people living there. 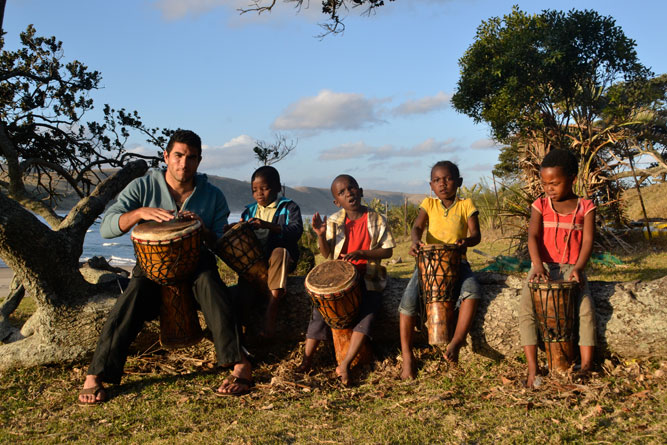 We went for long walks and runs along the wild beaches and found nothing but whales and countless pieces of driftwood.

Whales abound here. The people live off the land and the fishermen only catch what they require. Life seems to have remained the same for centuries on end and our bodies adapted fast.

We grew tired as the sun sank and rose to meet the mornings with a smile. At night elders would come down and sit around the fire whilst younger men played on the bongo drums. The stargazing is exceptional out and I believe that if you look up into the stars at night and don’t see a shooting star within 30 minutes, you get a night for free. 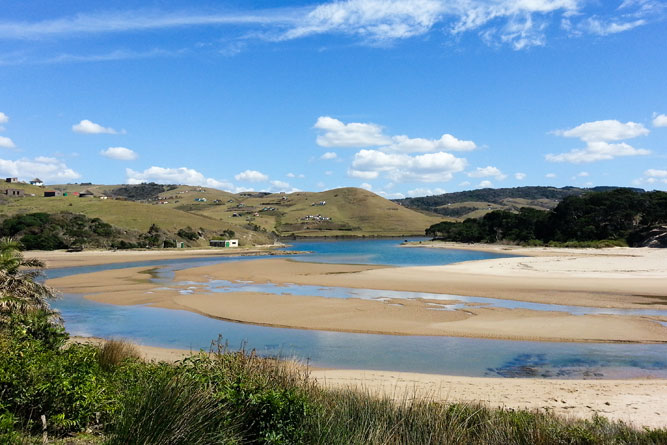 We enjoyed a sunrise picnic with pancakes, played bongo drums with children and took a canoe trip down the Xhora River, and in between we read, we wrote, we relaxed.

There is something mysterious that seems to flow through the air, it fills your lungs and captivates you and brings you back to life.

Photographs by and © Vaughan and Lauren McShane