Now reading: Hogsback as a first-timer

It is a sad fact of life that it has taken us 29 years before visiting Hogsback. Even as we drove inland towards the mountains in the downpour, the land became greener and more lushious than we had seen throughout our entire trip down the Wild Coast.

Our stay for the next few nights was at Away with Fairies Backpackers set within an oasis of trees and easily mistaken for a hangout of hobbits.  With room names like Frodo and Bilbo’s Rest, they too recognized the resemblance to the magical shire in the Lord of the Rings. 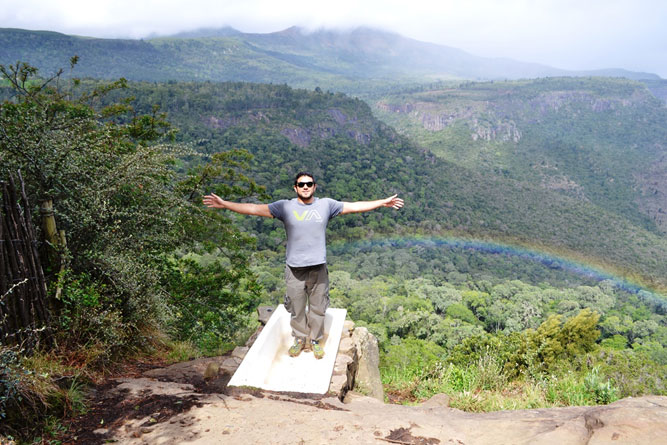 Right in front of our room just beyond the flowers, tall trees and green shrubs was a little pathway leading to a lookout point.  It led to a steep cliff with a bath perched on the edge where you could light a fire to heat the water and take a bath in one of the most beautiful places possible.  Looking out from the top availed the most spectacular view over forests, trails, waterfalls and fields.

It wouldn’t be long before we took a drive out down Wolfridge Road past acres of Hogsback plantation to stop at the beginning of the walkway to the Madonna and Child Falls.  The sun was already beginning its slow descent in the blue sky dotted with clouds and the trail said the descent was about 460m down.  Easy but steep for not-so-fit climbers. 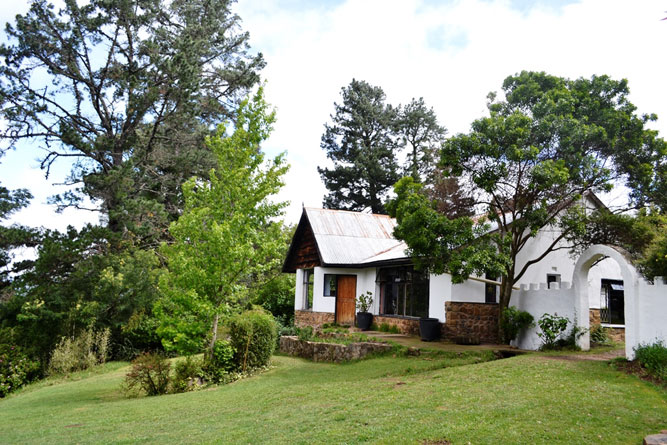 This was in fact to be my second walk for the day and we imagined that it would be a relaxing one.  Even in walking shoes, I slipped and slid down the muddy trail.  The rain has stopped long before the dark forest retained almost all of its moisture in its soil and on its muddy rocks.

I held on tight to the wooden bars along the section with wooden steps and tried to take in the shafts of sunlight peeking its way through the foliage.  The air was so fragrant with the scent of shrubs and various trees that it almost consumed most of my attention.  I kept a close eye on the steep I had to climb down but in the distance I heard the rush of the falls growing nearer and nearer. 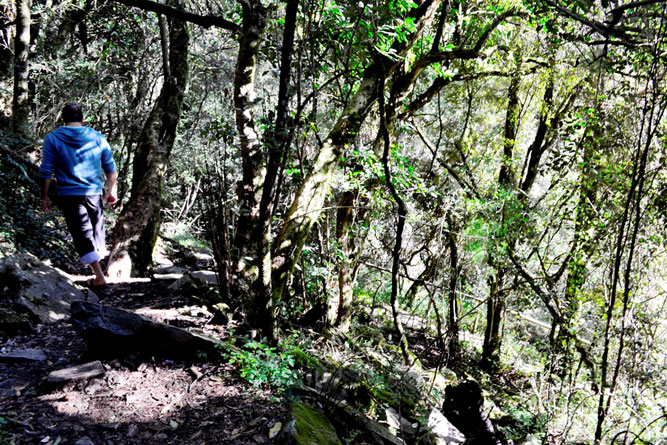 I passed wet ferns, hanging branches that were great to hold onto and giant trees which had fallen across the path and were sawed in half to make way for hikers.

After many stairs and carefully placed steps, the sound of the waterfall became really loud and resonated between the trees and to the spot where we were standing.   Before I saw it, I began to feel a light spray on my face.   In between the green, I saw the water falling steadily over rocks, making its way over twigs and sticks in its path.

It was so loud now, that I had to raise my voice in order for my husband to hear me.  My face got wet as moved closer.  I climbed up slippery rocks and there it was- The Madonna and Child Falls. 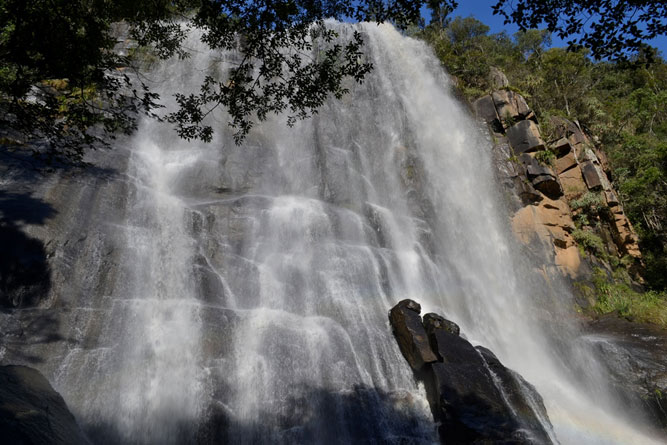 I couldn’t imagine that it could get any fuller than this.  The rain had satisfied its thirst and now it majestically flung forth all its water over the edge and down violently over the big boulders.

The sun glinted off the fresh and a small rainbow formed right at the bottom of the waterfall.   I tilted my head to take it all in from the top and realised just how wet my clothes and face were getting.  It was too difficult to say but it could have been one of the single most beautiful things I had laid eyes in my country.

The Best Hiking Trails in the Eastern Cape