Most people I speak to haven’t heard of Mountain Zebra National Park. The park is one of the country’s lesser known hideaways, and those in the know would rather keep it that way.

For some reason people fail to imagine mountains and zebras together (for most of us, zebras belong on the grassy plains of the Kruger National Park, or Serengeti). And when I then mention that the park is close to Cradock in the Karoo, there is further bafflement: yes, there are mountains in the Karoo!

Mountain Zebra National Park falls under the SANParks banner, one of twenty odd national parks in the country. It lies on Route 61, 12 km outside Cradock in the Eastern Cape. From Cape Town it’s a good nine hour journey along either the N1and R61, or N2 and N9, which you can do in one stretch, but I’d advise breaking the journey for comfort’s sake.

Its appeal lies in its beauty, rather than its animal checklist… 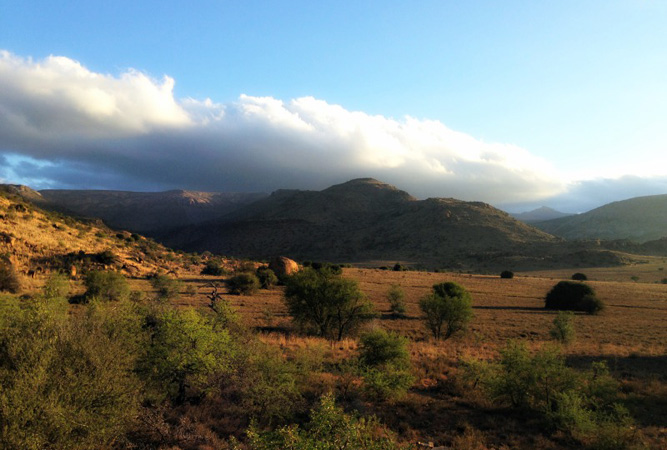 Although the park now has four rather elusive lions (unless they’ve just made a kill), and offers a rather exciting cheetah-tracking walk, it is the continuous sweep of the Bankberg mountains that gently slide into endless grassy hills hugging vast plains just perfect for the Cape Mountain Zebra, one of the country’s most successful conservation stories, that is the park’s showpiece.

The park is not large at 28 000 hectares. When it formed, back in 1937, there were only six Cape Mountain zebras (Equus zebra) left in the country (Burchell’s zebra, on the other hand, excels in the savanna regions of Africa and is in no danger of extinction). Neighbouring farms contributed a further ten or so and from this small population emerged the well over 700 zebra population in the park today.

Mountain zebras are smaller than Burchell’s zebra. They have longer ears, a large dewlap and reddish-brown noses. As their name suggests they’re rather fond of mountain slopes, particularly escarpments with a good selection of grasses, although they graze in open grasslands and woodland areas as well, particularly in winter when it gets cold on the slopes they prefer.

They don’t do large herds, but form small family groups (one stallion and anything from one to five mares) with their offspring.

The region is dry, it is true, however the proximity of the mountains and hills in the park means that this area gets 25% more rainfall than other parts of the Karoo. The grasslands, although dry when we visited in December, easily support the high number of herbivores in the park – hartebeest, gemsbok, grey rhebok, mountain reedbuck, blesbok black wildebeest, kudu, eland and black rhino. 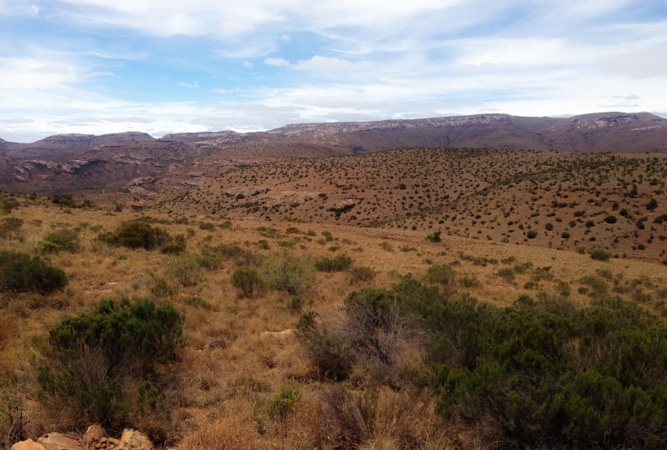 Here are five reasons why you should visit Mountain Zebra National Park:

The views out across the Karoo plains are spectacular. More so because they are so unexpected. Nothing about the drive from Cradock to the reserve prepares you for the feeling of space and the continuous, almost 360 degree, view of mountains.

The drive up to reception from the main gate, after a particularly warm and eloquent welcome, is wonderfully scenic, especially if you arrive late afternoon, and always a good area in which to spot hartebeest or springbok. We even caught a glimpse of a black-backed jackal as it ran across the road ahead of the car.

The chalets are perfectly placed on the edge of a ridge overlooking a large plain, with mountains in the background. Each of them is thoughtfully private so that when you sit on your veranda, you do not even catch sight of your neighbours.

I’ve never seen a ground squirrel before. They look a lot like your common grey squirrel, or meerkat (and often live alongside the latter), with really long tails, which they apparently use as sun shields.

The little one with her babies that we sight on the Kranskop loop looks as though her tail was squashed by tyres, it’s so flat (this is not an unreasonable assumption for she is wont to pester drivers, approaching cars for food). Rather obviously the ground squirrel sticks to the ground, rather than scampering up trees.

In fact, most of the day is spent feeding on the surface, despite their burrows, which are built to escape from extreme temperatures and predators. You have a very good chance of sighting them, as a result. 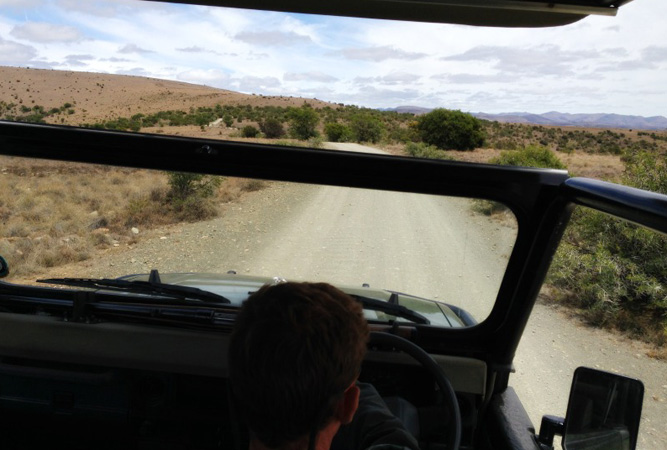 Mountain Zebra National Park has introduced a sunset drive, over and above its morning, day and night drives, leaving reception every evening at around 17:00.

For two hours you get to munch on a couple of light snacks with a blanket across your knees (surprisingly, these come in really handy, even in the heat of summer), whilst hanging on to the hand rails as you bounce over rough mountain terrain in search of game, including the park’s nocturnal (like the aardwolf and porcupine) visitors.

Three rock shelters in the Mountain Zebra park contain evidence of the San who spent time in the area 300 years ago. Two of the shelters are difficult to get to but you can hire a guide to take you up to the one shelter that is accessible.

The drive is beautiful and if your guide is up to scratch, he’ll tell you something of the park en route, and perhaps point out the odd spoor or dung left by animals.

One of the walls in the shelter, which is more like a depression in the rocks, holds very clear paintings of an antelope, possibly a couple of baboons, a large cat and human figures. Getting to the shelter involves a fair bit of rock jumping and is right on the edge of a sheer drop, so is not advisable for small children. 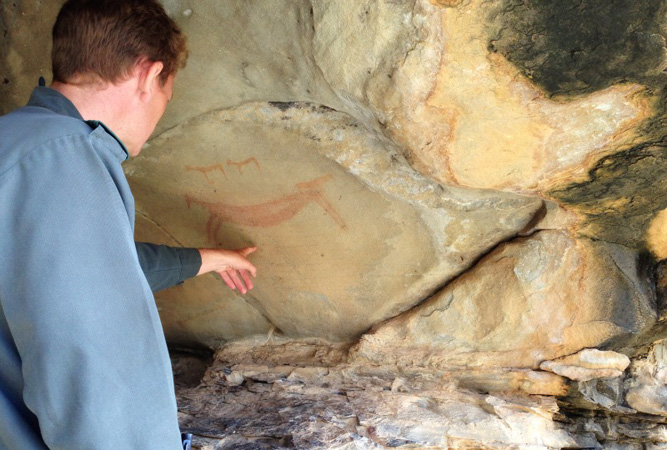 Around your chalet (if you stay in one) are a couple of rather pesky sparrows that have obviously been fed by people. One of them is tagged and they think nothing of flying in through the door to help themselves to anything resembling bread crumbs.

This disconcerting behaviour, though, is not the case with other birds in the park. Specials include spotted eagle owls, fiery-necked nightjars and orange-throated longclaws.

a restaurant serving breakfast, lunch and supper, a swimming pool, a picnic site, a shop selling basics, and a diesel and petrol pump. 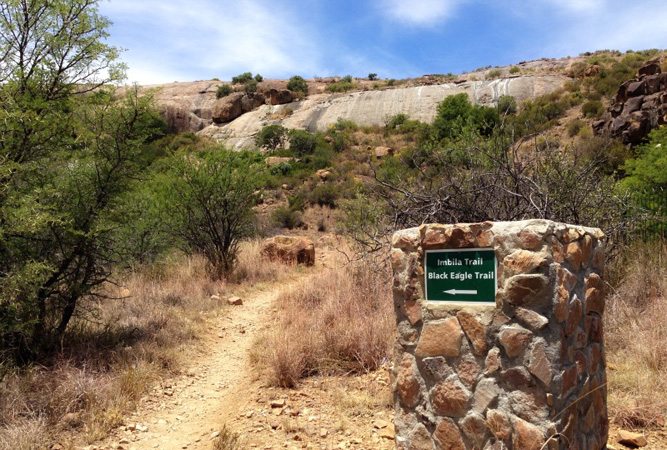