Now reading: The Wild Coast Trail – escape like never before

Remember the advert – ‘take a walk on the Wild side’? Perhaps it was before your time but the Wild Coast, despite having alluded to its wildness as far back as my childhood, remains more or less as nature intended it – little urban development, a tropical coastline with conspicuous rocky headlands and great swathes of green hillside hewn into by rapidly running rivers that combine into a landscape that is the paradise of walkers.

It translates into 300 odd kilometres of coastline along which hikers run into little other than the odd Nguni cattle, beaches, waterfalls, mangrove swamps and remarkable estuaries, indigenous forest and the odd cultivated field – worked over in the old-fashioned way -, thatched rondavels and the people who live in them. 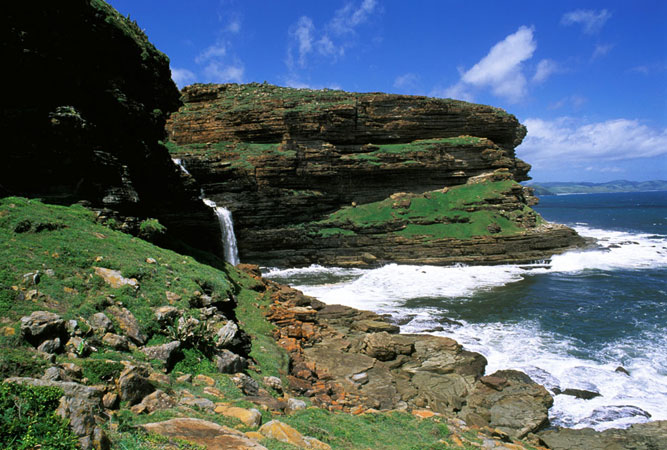 The Hole in the Wall, Morgan’s and Coffee Bay, Port St Johns and Cintsa are the little towns that pepper this wildness and serve as watering holes for those after a good tramp along this coastline.

Regarded both as the most beautiful and the most arduous trail in the country, the 10 day version of this hike (Wild Coast Trail) between the Umtamvuna River at Port Edward and Port St Johns is literally too much for the average hiker – both time and effort-wise.

Most hikers do the area south of this instead, between Port St Johns (or conversely Mngazi) to Coffee Bay – a four or five-day hike that allows more time for exploration but offers some of the most incredible landscape. It’s also known as the Coffee Bay hike. Distances vary between 12 and 16 km a day, so you’ll need to be fairly fit, even if doing this as a slackpacker. By the time you reach Coffee Bay its one road and smattering of houses will feel like a busy city you’ll be so captivated by the quiet beauty of the coastline. 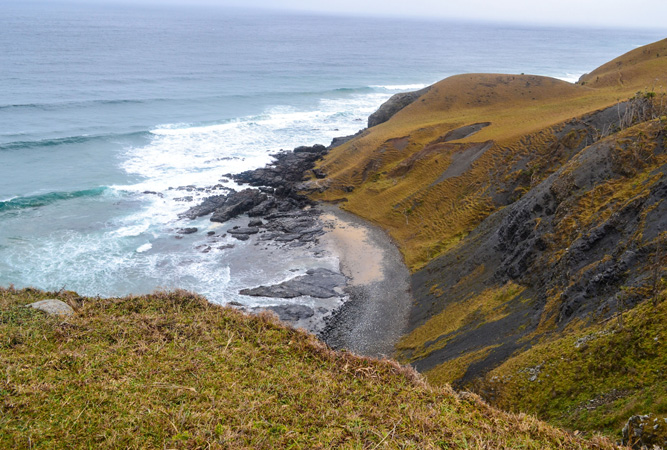 follow the coastline with overnights in huts at various villages and reserves (slackpacker versions of the hike now offer alternatives in private holiday cottages or homestays). Getting to the start of the hike is fairly arduous as the roads are in a bad way between Umtata and Port St Johns.

As you head further south, the coast becomes less rugged, as opposed to that north of St Johns which some have said reminds them of the Tsitsikamma it is so rugged. You will see the Table Mountain sandstone cliffs, arched bays of Mpande and Mdumbi, and the Hole in the Wall. Do the hike in a good pair of running shoes although just about any foot wear is possible, so long as it has well-padded soles and ankle support. Take along water purifying tablets. You can buy food en route at village shops. 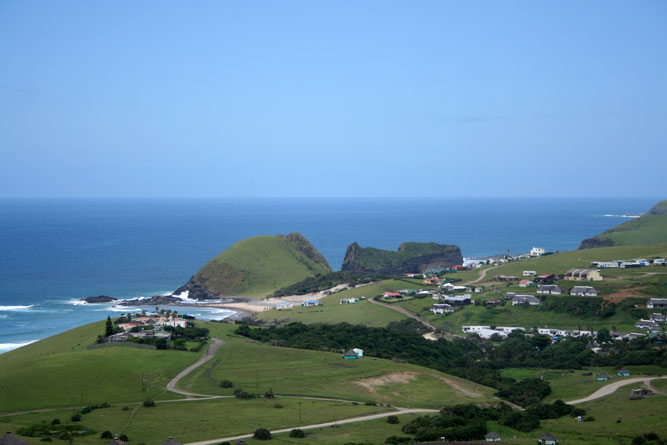 all year round. You’re lucky, the Wild Coast has a really temperate climate and even its summer rainfall is in the form of thundershowers – over pretty fast. Whilst summer might produce a wonderful birdlife, winter’s mild days and nominal rainfall make it a great time to be there, particularly if you’re escaping the wetter winters of the Western Cape or the biting winters of the hinterland.

How best to do it:

recommended as a guided tour. A number of tour operators will throw everything in – food, accommodation and transport – for a set fee. If set on going it alone, you will need permits from Silaka Nature Reserve (phone ahead to find out more) and it would be advisable to use the Peter Slingsby Wild Coast map – the first detailed map of the area.

When you’ve enjoyed your awesome hike in South Africa‘s Wild Coast you will more than likely want to rest those tired legs, book yourself into a Coffee Bay Hotel or check this out to find more Wild Coast Accommodation.