The town of Clarens has been on the lips of enthusiasts for years. It’s used as the yardstick for just about any town in the vicinity of the Free State, so I was curious on entering – not having visited for about six years. Would the town have retained its artists’ hideaway status, or would it now look a little jaded, overexposed and over-commercialised, as I feared it might?

It is difficult to beat the setting around Clarens. The picture book town lies in the foothills of the Maluti Mountains and the Golden Gate Highlands, on the Caledon River, with views that are pretty magnificent.

Some fourteen art galleries bear testimony to the number of artists the wonder of the scenery has attracted, and the sheer volume of people who pass through here speak of the need to return time and again for the pleasure gained in the outdoors environment of Clarens – white water rafting, horse riding trails, fly fishing and hiking. 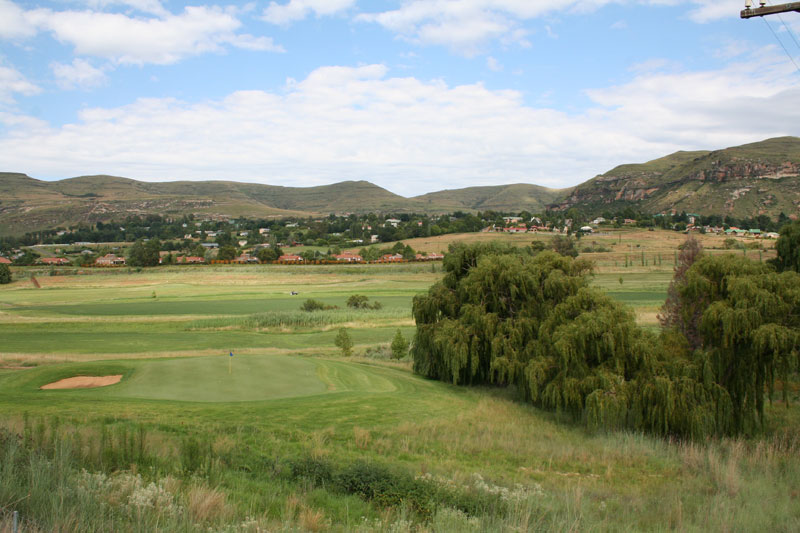 Despite my trepidation, and the rather predictable addition of a Protea Hotel and smallish shopping centre with petrol station on the slope of Main Street, the Barn Centre on Sias Oosthuizen Street, and the Clarens Golf and Trout estate where the golf course is obscenely out of character with the unspoilt beauty that used to clad the bottom reaches of these mountains, Clarens has managed to retain a lot of her charm and her constant flea market atmosphere, whilst her artists and intellectuals appear to thrive.

There are those after a real Free State village escape who might argue to the contrary, and most certainly the newer development is why places like Rosendal and Fouriesburg are attracting attention.

Properties in Clarens are now quite heavily priced and most of the buyers are from Gauteng, acquiring second homes and prepared to pay for the status of a ‘dinky weekender in Clarens’. The only downside of all this popularity is that the word is out, and everyone and his dog is here. 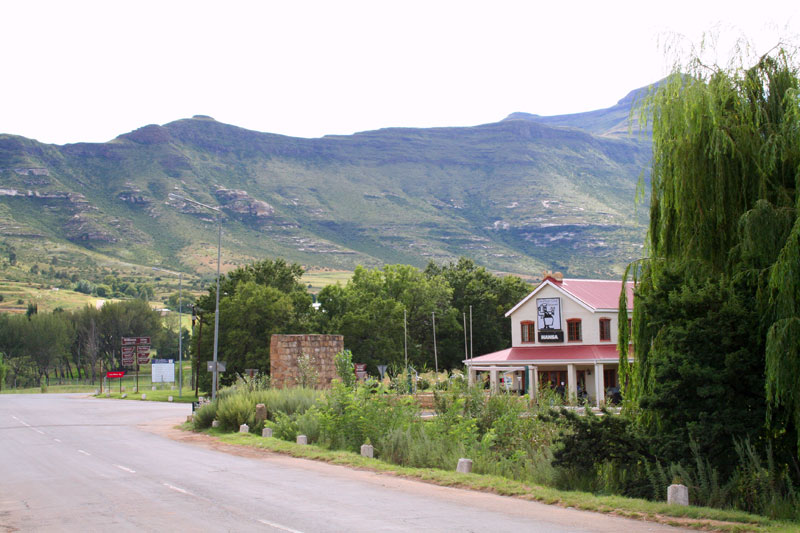 Yet despite the fact that your ‘quiet weekend’ can end up becoming something of a frenzied run-around acquiring art, climbing mountains, birding, trout fishing, cycling and partying in one of several restaurants, the combination of country and the few city elements the town has adopted seems not to have hindered the average visitor.

If anything, the street culture of Main Street just beyond President Plein is more than a little enticing. Clarens hasn’t been described as the ‘Melville of the Free State’ for nothing; there is a real village appeal here.

And Clarens has more than one saving grace – none of the restaurants is a franchise, traffic is nominal, people are more than a little civilised, so whole mornings pass by over a cup of latte, people-watching on the square, there is plenty of shopping to do, you can now pick up a freshly baked loaf of highly desirable bread, and the views… 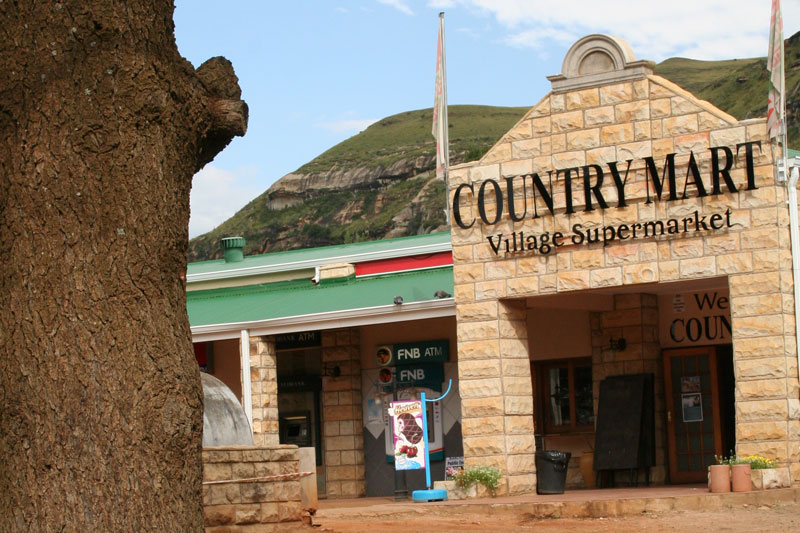 Our landlady, from whom we rented a cottage at Timmerskraal, put it all into perspective. She’s lived here for nigh on twenty years and still loves the community and the way of life. Visitors, Carol says, come here mainly for the abundant outdoor life. If you like horse riding, hiking and roughing it there isn’t a more beautiful backdrop or valley, in her opinion, for soaking up the elements.

And if you are not an outdoorsy type, there are plenty of things to do in Clarens, which still holds the allure of old.  There is apparently a walking tour of Clarens that gives you a wonderful sense of the history of the town and takes you into the hills where the famous panoramic views provide hours of happy snap material.

Clarens Breweries that used to operate out of Clementines is now just off the square below The Highlander and Clarens Information (go armed with a note or two as a map of the town doesn’t come free of charge), and is definitely worth a visit for handcrafted beers and cider.

Clarens Breweries are the first and only microbrewery in the Free State and you won’t leave without trying their Blonde Ale, English Ale, Stout, or famous Apple cider! Just a pity that The Highlander, an obvious choice given that it’s right next door, didn’t have their ale on the menu? Clementines, on the other side of the square, still sells their beer and cider from their garden area, however. 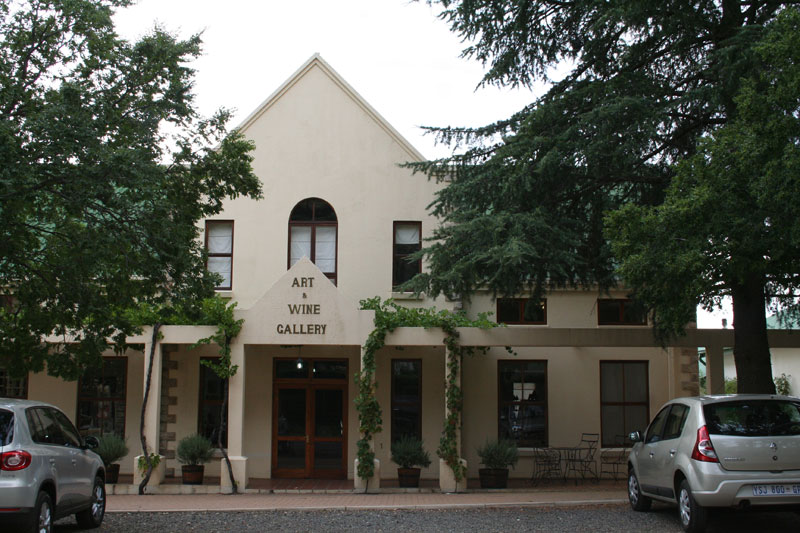 The Bibliophile on Church Street, right next door to Clementines, is not a museum, as it first appears to be, but a fantastic bookstore in the old ‘bus station’ and a landmark in Clarens that is definitely worth a visit.

It’s almost assured of being free of visitors (they tend to stick to the main drag) whilst the store brims over with a selection of books and CDs and constantly updates its material.

With regards to bread, and bread becomes fairly important when you’re on the road, you might want to give the two supermarkets on the square a miss in this regard. Rather head down to the Millery, a fairly new bakery in Clarens, which explains why it’s way down at the end of town (or the beginning, depending on how you enter Clarens) in Sias Oosthuizen Street.

Their selection is heavenly, and our seed/health loaf was easily comparable with Cape Town bakeries. There are two bakeries along this stretch of road, but the Millery was voted ‘best choice’ by the locals to whom we spoke. 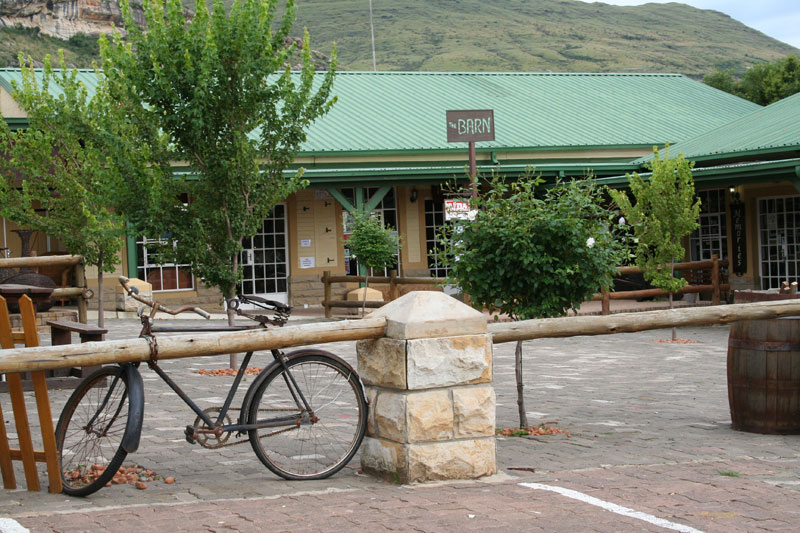 The generous number of restaurants for breakfast, lunch, tea and dinner can leave you dithering, but The Highlander, where we had dinner on our first night, is definitely one of the better choices. It has an amazing little wrap-around balcony from which you can view the stars and the menu serves eclectic Meditteranean-style food and excellent pizzas.

Someone had recommended the Posthouse to us, but it just didn’t have the atmosphere, or the menu, of The Highlander. My meal of chicken kebabs served with tsatsiki, pitta bread, and heaps of salad was definitely worth writing home about.

Breakfast, I believe, is excellent at Smokey Joes or the Artist Café, coffee is supposed to be the best at Moerdyk Koffiehuis or Valley Cats, but don’t take my word for it sample for yourselves, and Friends is supposed to be the local late-night hangout. And if you can, one late afternoon, take a drive through to Fouriesburg. The drive is quite something, and the little town well worth a visit.

Yes, Clarens has lost her ‘yet-to-be-discovered’ sparkle that made her so appealing years ago, but the pretty town has done little to lose her charm and without doubt remains a jewel in the crown of the Free State.

12 Secrets of the Golden Gate Highlands National Park That Will Have You Visiting, Tomorrow

The Free State's Golden Gate Highlands National Park is tucked away just east of South Africa's centre, between the popular town of Clarens, Phuthaditjhaba, and the mountainous boundary of Lesotho. Famous for its sandstone formations that change as the sun ...