Now reading: A visit to the Featherbed Nature Reserve

The lagoon is more accurately termed a river estuary, filled by five freshwater rivers that flow out of the Outeniqua Mountains to meet the saltwater of the Indian Ocean. It’s watched over by the forbidding sandstone cliffs known as the Knysna Heads. Ecologically speaking, the area is very important, home to indigenous flora and endangered fauna – hence the necessity of its preservation and its status as a South African National Heritage site. 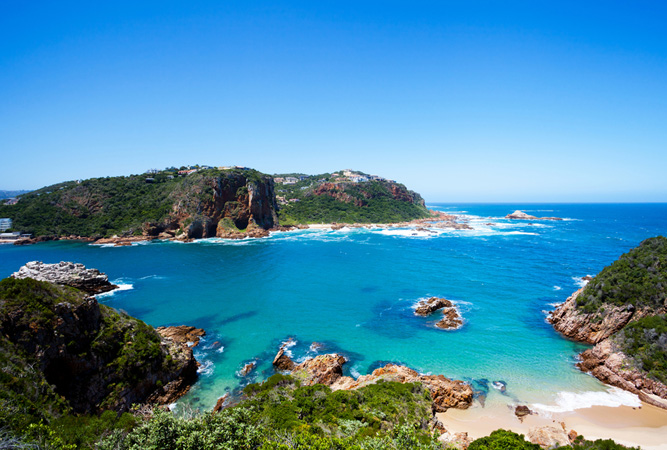 The reserve takes its name from Featherbed Bay, a tranquil spot off the river mouth where ships would weigh anchor so sailors could have a peaceful night’s sleep after months at sea. In comparison to rough nights on the ocean, the night in the sheltered bay was like sleeping on a featherbed – hence the name. The western headland and its reserve at the river mouth are equally peaceful, in comparison with the commercially developed eastern Head.

Featherbed has a Professor JLB Smith to thank for its pristine condition, the same erudite scholar who discovered the coelacanth, a fish previously believed to have been extinct for 180 million years. The Professor purchased and preserved the first piece of land that would eventually become Featherbed, a legacy continued after his death by his son, William Smith (the well-known Learning Channel guru).

Fancy visiting this oasis of unspoiled wilderness? The Featherbed Company offers a daily, four-hour tour, beginning with a half hour lagoon cruise departing from the Featherbed Ferry Terminus off Waterfront Drive in Knysna. 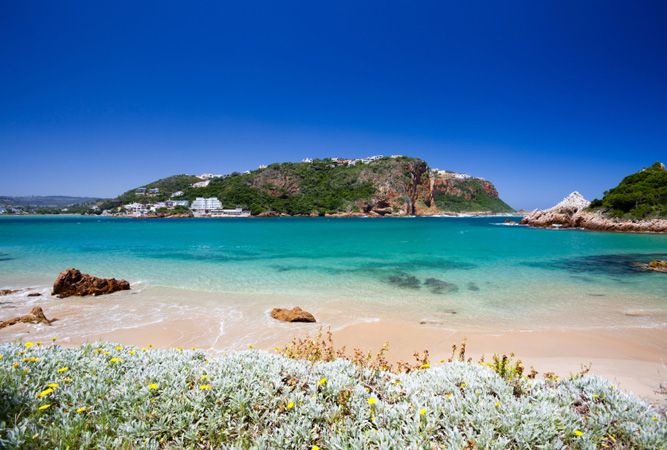 You’ll be driven by 4×4 through the reserve to the top of the mountain, where you’ll alight and indulge in an easy two-kilometre meander back down through the Milkwood forests and along a scenic coastal path, stopping at viewpoints and ancient sea caves along the way.

All that walking’s sure to give you an appetite. Upon returning to sea level you’ll be treated to a scrumptious buffet lunch at the reserve’s Forest Restaurant, perched on the lagoon’s shore in the shade of the abundant Milkwood trees, before heading back across the lagoon to civilisation.

Featherbed may not be a game reserve – sorry, no big five here; any big game was hunted out decades ago by timber-hungry woodcutters – but it does have a few critters you should watch out for while traversing its forested paths and fynbos-strewn landscapes. 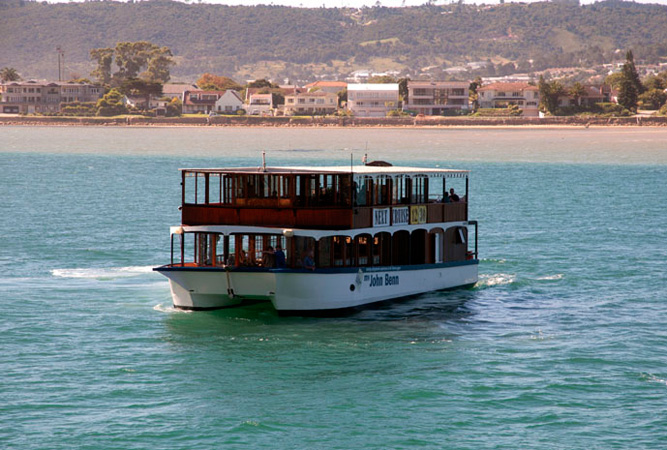 Apart from ubiquitous bush buck and a nocturnal bush pig or so, keep an eye out for tortoises, beautiful Knysna loeries, tiny blue endangered duiker (the smallest antelope in the world), the super-rare black African oyster catcher and, in the bay, dolphins, whales and the endangered Knysna seahorse. Not to mention the indigenous flora that gives this spot its awe-inspiring beauty.

As well as the tour, the Featherbed Company also operates several lagoon cruises. Enjoy four-star dining aboard the unique Paddle Cruiser, or aboard The John Den, a luxury pleasure cruiser, or take a quick(er) spin around the lagoon and into the Heads themselves on the rivercat Three Legs.

For an outside perspective, the company’s luxury catamaran yacht, Heads Explorer, will take you (weather conditions permitting) past the Heads and onto the open ocean. All of the vessels are equipped to provide you with cash bars, snack bars, a la carte menus or buffet meals, as well as catering for functions. 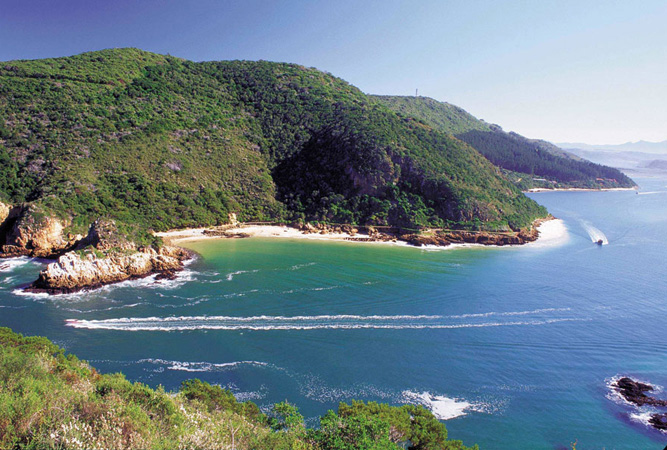 Speaking of which … tying the knot? Why not make a lasting memory while floating on the lagoon or within the reserve itself, either on the beach, the blue water lapping at your feet, or under the canopy of the ancient Milkwoods?