Now reading: A Leap of Faith at Bloukrans

I like to play it tough and in my youth often said: “I’ll try anything once”. As I’ve gotten older, I’ve become considerably less fearless and when presented with an opportunity to put my money where my mouth is, I now find myself wondering why I should do these adrenalin-generating activities at all. 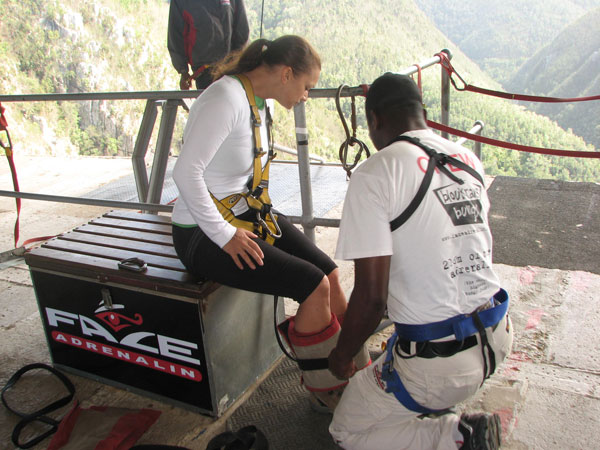 Baloney! We were chicken and needed a few days to prepare ourselves.

Three days later, the dawn broke on an impossibly beautiful day and we were out of excuses. It was time to either ‘fess up to being chicken or take the plunge (literally) …

Trying to act nonchalant, we were each strapped into a harness, before being led single file to the apex of the bridge. Bloukrans is the Guiness World Record holder for the “highest bungy jump in the world”. If you’re going to throw yourself off a perfectly good bridge, it might as well be the highest one possible. 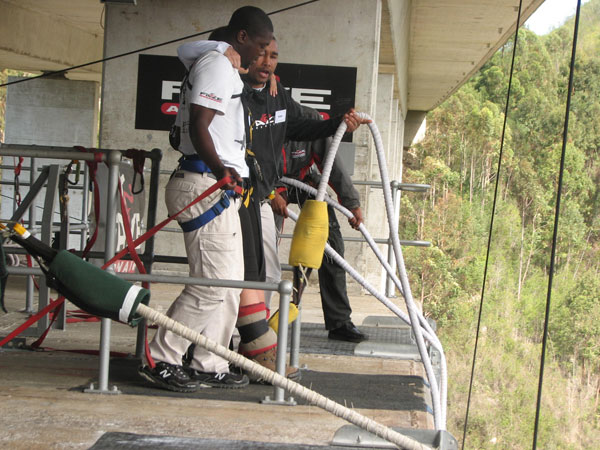 Then it’s my turn to jump. I can honestly say there isn’t time to question whether or not you’ll go through with it. You’re shepherded from the holding pen to the edge in under 2 minutes, inspiring music blasting around you.

Explanations about the harness and the rope are given, not that you really hear much (I did mention the loud soundtrack) and then 2 big, strong guys are lifting you up and to the edge. There’s a bit of a wobble as they leave you to stand on your own two feet and then you’re falling… 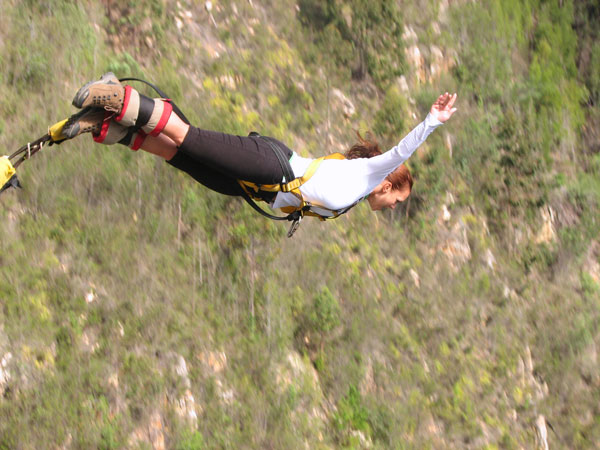 And the breath catches in your throat as the rope tightens around your ankles and you’re hoiked (if it isn’t a word it should be) right back up again. You fall down and bounce back up again and again, until finally you’re hanging upside down over an awe-inspiring gorge. Only then do you take the time to look at the surrounds and marvel at what you’ve just done. 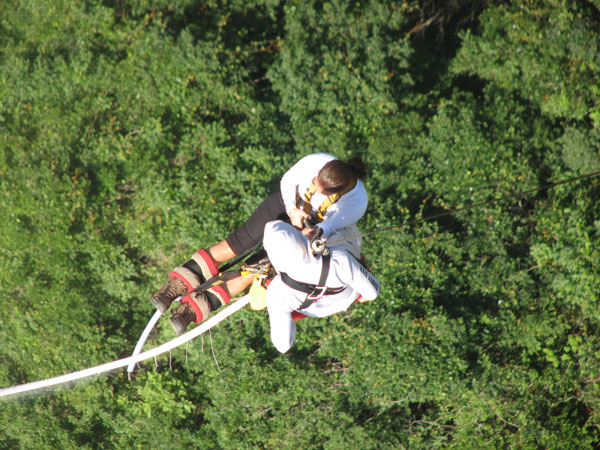 Moral of the story, as we get older we get wiser and it’s natural to ask the question:

“Why should I throw myself off a perfectly good bridge?”

You recapture for just a few moments, the heady rush you so took for granted in your youth. You feel alive and capable of anything. Until you wake up the following morning with slightly bruised ankles and a crick in your neck, but for 24 hours, you were young and stupid again. 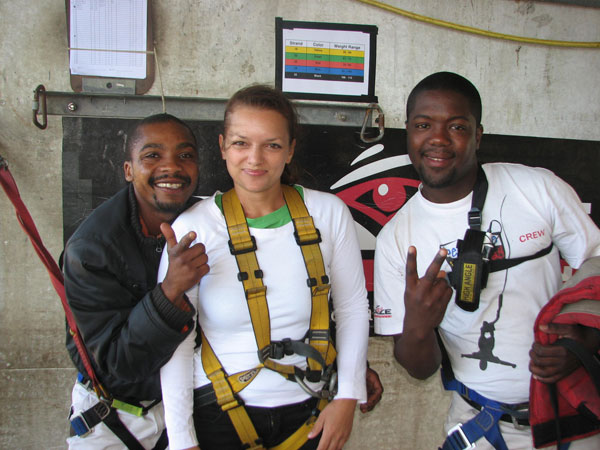