Now reading: Teniqua Treetops – a slumber in amongst the trees

Think of a childhood dream of living in a treehouse, something like the magic faraway tree, then add the further dimension of handcrafted wood interiors, furniture, a tented bedroom, a wooden open-to-the-elements bathroom, complete with de luxe bath, and you have an idea of Teniqua Treetops.

Teniqua Treetops, in a nutshell, is a collection of eight simply beautiful, hand-crafted and eco-friendly treehouses hidden in amongst an indigenous forest in the Garden Route that boasts thousand-year-old trees, fairies, an array of birds, and breathtaking views. 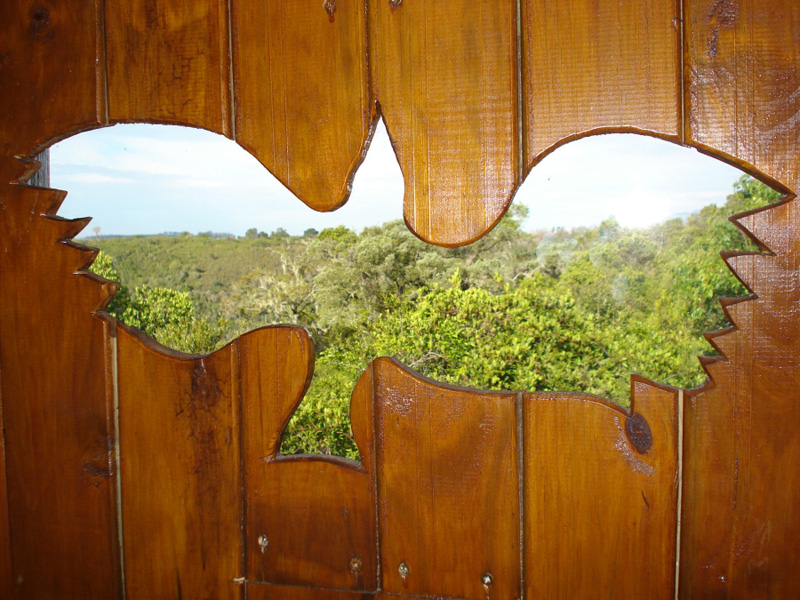 The nature lovers’ resort markets itself as a ‘luxurious, child and eco-friendly treehouse holiday hideout’, which sounds more than tempting. In reality, it is an authentic and utterly memorable venue that is so much more than it sounds, and our time spent just outside Sedgefield in amongst the trees and the foothills of the Outeniqua Mountains was incredible.

The eco-friendly tented treehouses fall into the ‘can’t quite say it with words’ category that so often plagues writers when trying to differentiate one holiday venue from the next. In this case though, given enough space to wax lyrical, I shouldn’t have too much trouble convincing you as to its eligibility as a ‘must visit’ destination! 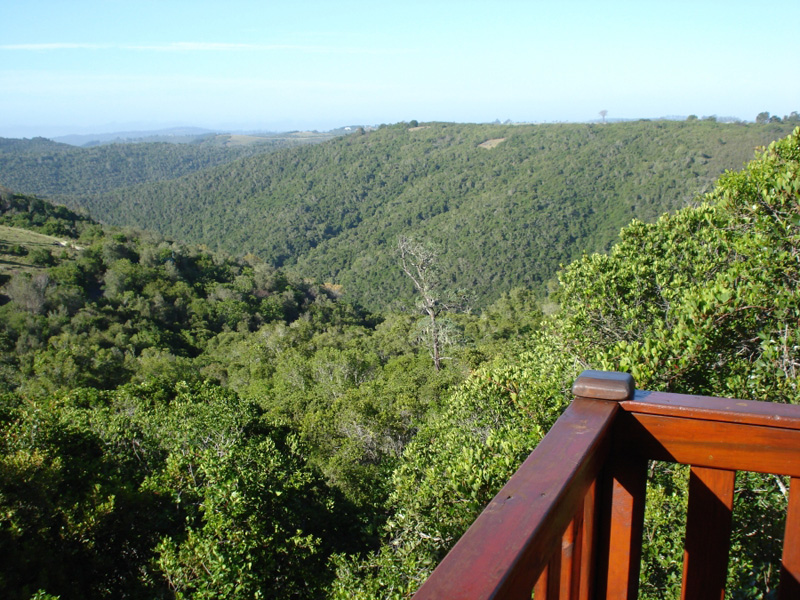 Vivienne, his wife Robyn, and their ten year old son, Alex, have been here for the better part of seven years after selling up in Johannesburg to come and live their dream. In that time they’ve transformed what was a re-possessed cattle farm into a magical haven.

Luckily for them, most of the farm descends downwards on a slope towards a deep ravine, through which a river winds, so that acres of pristine indigenous forest remained intact and untouched.

Robyn is quick to point out that Vivienne is a ‘hands-on’ kind of guy, but if she hadn’t, it wouldn’t have taken us long to figure it out. We joined the family in their new jacuzzi-style swimming pool on an afternoon to find Viv charging around, re-directing the solar heating pipes from the main swimming pool – set on a deck just above the jacuzzi – to the jacuzzi in a bid to heat it effectively. It probably helps that he is an engineer by profession… 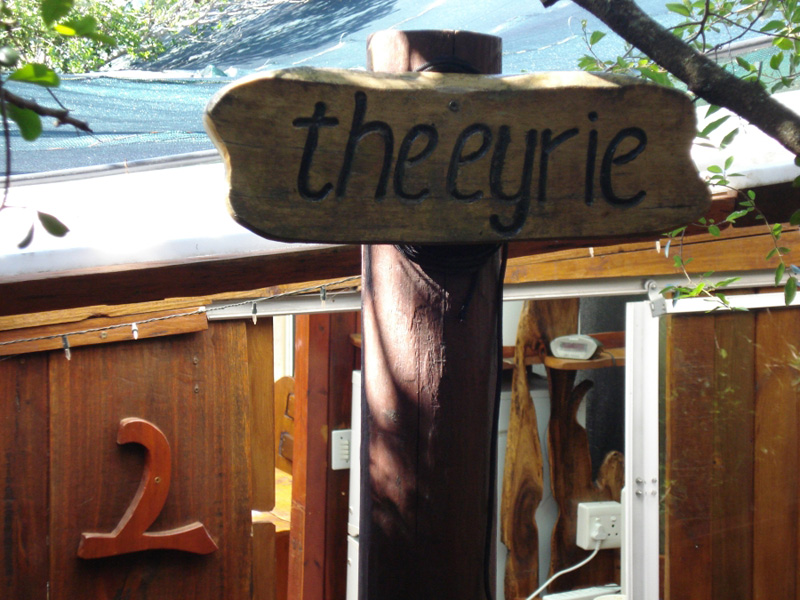 Viv has also been largely responsible for re-designing and upgrading the original small farmhouse into a spacious four-bedroom family home, upgrading the outbuildings and creating the conference centre.

Together with a team of workmen, all of whom have now learnt the art of wood crafting, each treehouse has been uniquely designed and built in an environmentally sympathetic way, which means that each site was carefully chosen so as to have little to no effect on the forest in which it stands.

We were met by our very pleasant, welcoming hosts and Viv walked us to our family treehouse, aptly called The Eyrie. My immediate response to the entrance, which wound its way down a wooden walkway, was surprise at entering above, rather than below the treehouse. Somehow I had envisaged a stepladder. 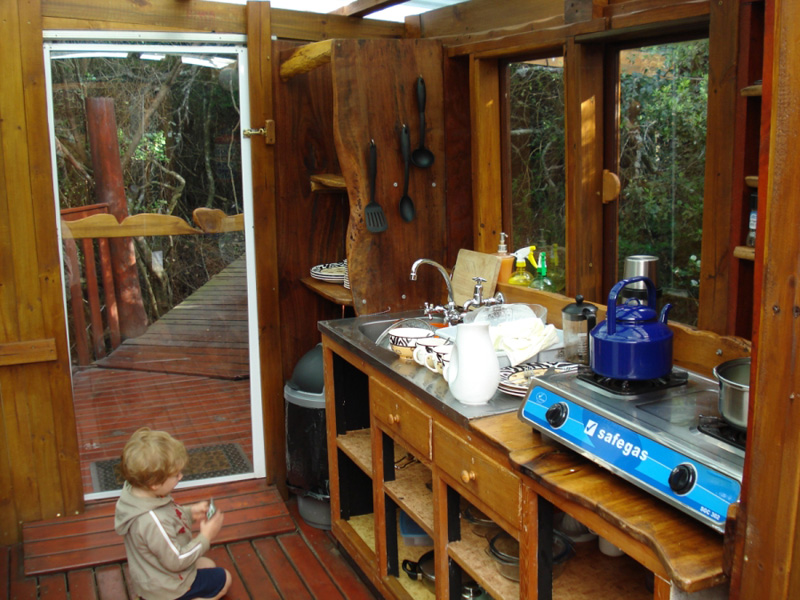 I was wrong (the back of the unit through which we entered, is one metre off the ground, whilst the front is above tree line, eight metres above the plunging slope below; although other of the treehouses do have stepladders). The pretty tree-enshrouded walkway, lined with little lights,  does nothing to prepare you, despite its enchanting quality, for the effects of the views from the treehouse!

Having walked briefly through the treehouse, which was an imaginative combination of wooden treehouse and tented bedroom, we exited on the balcony overlooking the canopy of the forest below us – a sheer drop underpinned by wooden poles carefully planted to avoid any root damage to the trees. The views from here extend to the Karatara gorge far below and the effect of living up here in amongst the birds is simply enchanting.

Robyn told us later that choosing the sites for their treehouses was challenging. The Eyrie in particular was contentious and it was a toss up between where it now stands and the sublime little picnic site, nestled carefully in amongst the trees, just a little further from where the treehouse finally took form. 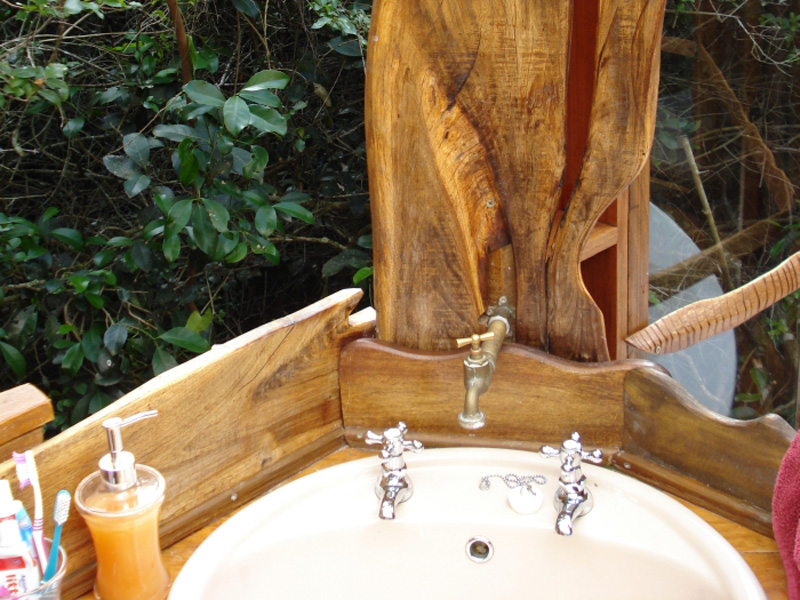 What is immediately evident is the extreme privacy provided by this careful selection. From where we stood on the balcony of the Eyrie, we could see only one other treehouse easily, and there are eight.

We heard and saw virtually no other guests whilst we were there, which was almost a pity, as the communal areas, up at reception, look like a fun meeting and gathering place for guests and their children, including a jungle gym, pools, a TV-come-computer games room with comfortable chairs and sofas ideal for rainy days, braai areas, and outside toilets.

The treehouses come equipped with their own compost loos – quite an experience if you haven’t used them before. Our bathroom was beautiful. 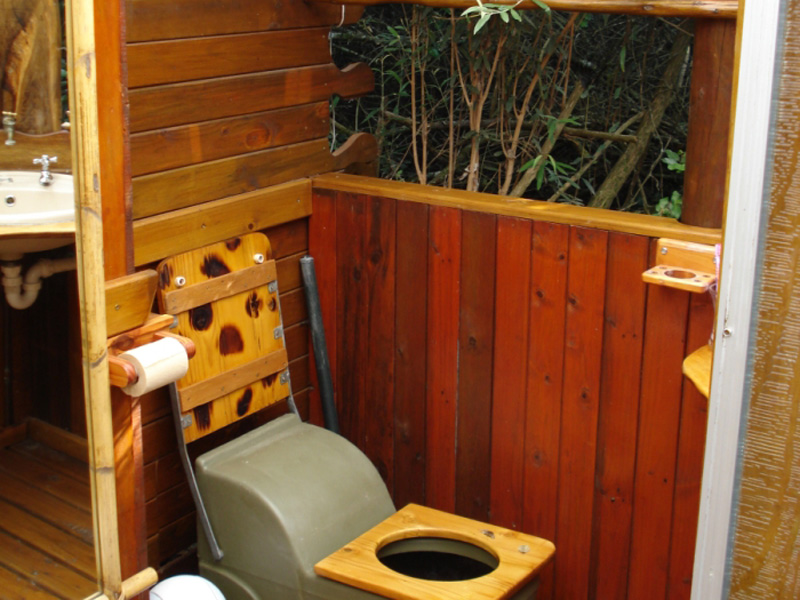 The windowless wooden walls around the toilet area not only mean that the trees and birds enter into your space – including a friendly couple of Cape robins -, but also mean that if the compost loo were to offer any unpleasant odours, which it didn’t, the air entering through the slats of wood in the floor, and at the windows, would offer more than enough counter draft to sufficiently deal with the issue.

Our kitchen was more than adequately equipped, our beds incredibly comfortable, and our position high above the forest so unique that I would return at any given excuse. One can truly escape from it all here, and walks and hikes around the resort give one access to natural river pools and the kloof itself, an added bonus if you’re into outdoor living combined with the luxury of a tented treehouse.

Accommodation is also surprisingly reasonable. And the added allure of hand made furniture and fittings in the kitchen, including delightful wooden carvings unique to each tent where you least expect to find them, such as a fish in the bathroom, and a bird carving in the side of a bookcase, all combine to make your stay here one that you will wish to repeat. 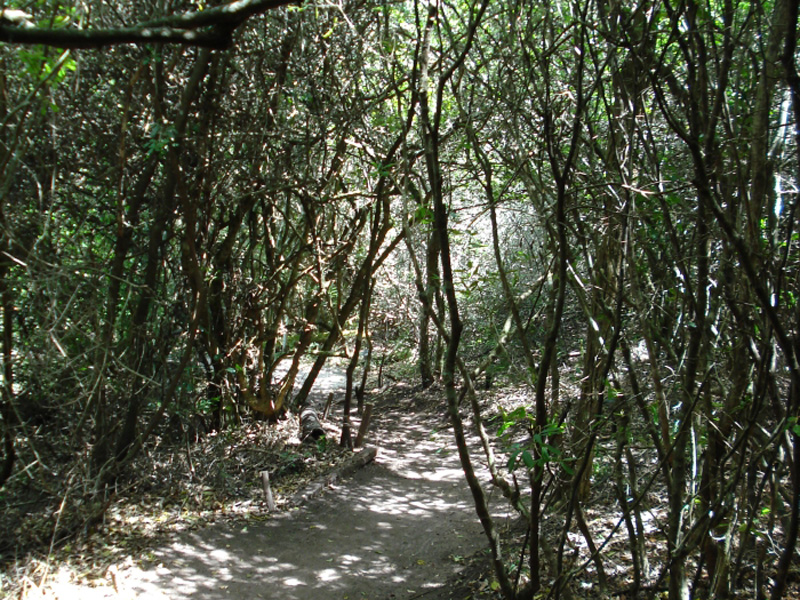 For additional info and to book see Teniqua Treetops