The Cradle of Humankind, a UNESCO world heritage site located approximately 50kms from the metropolis of Johannesburg, has been the site of many archaeological and anthropological finds since the early 20th century. The most famous of these discoveries was the unearthing of “Mrs. Ples” (Australopithecus africanus), dating back 2.3 million years, at the Sterkfontein caves.

This evidence of our early ancestors prompted the naming of the 474 square kilometer site, home to more than three dozen other caves bearing fossilized hominid remains. Ever since these discoveries first became known, tourists have been flocking to the area to experience a part of our history as a species, but it was only in 2005 that the South African government opened the official visitors’ centre, Maropeng, which literally translates as “the place where we come from”.

The site allows visitors to visit actual archaeological dig sites, to experience the unearthing of our history first hand. Within this award-winning centre, one can take an underground boat ride through 2500 square meters of exhibits, essentially a trip back through our own history, including the ice age, and culminating in a breathtaking recreation of the big bang, thought to have been the event that formed the universe as we know it. Guided tours of all the exhibitions are on offer, both to tourists, and the many school groups that visit the site. 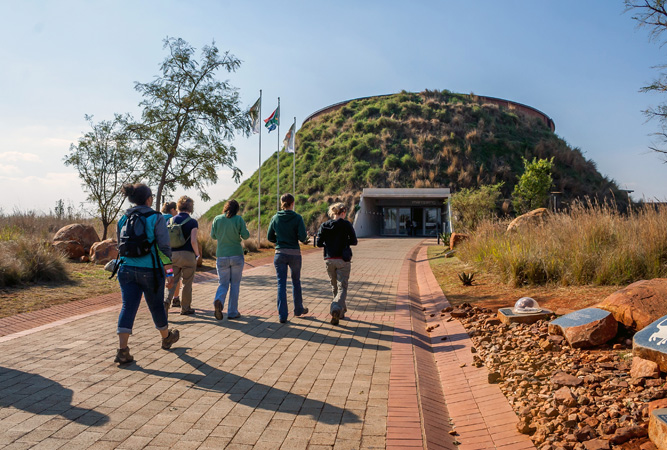 Within the complex are hotels, restaurants and other amenities, so visitors have the option of staying on the premises to further explore the area.

Like the Sterkfontein caves, Swartkrans is owned by the University of the Witwatersrand. Fossil remains, as well as stone tools have been unearthed at this site. Extinct animal remains have also been found in the area, particularly at Plover’s lake, a collapsed cave where extensive digging has also taken place.

Wonder Cave, while not the site of any archaeological finds, rivals the famed Kango Caves in terms of rock formations, and offers guided tours through the enormous cavern, which has a volume in the region of 46 000 cubic meters. Many other caves and dig sites are located within the cradle, some of which are open to the public. Anyone planning a trip to the area should contact the local tourism authorities for more information. 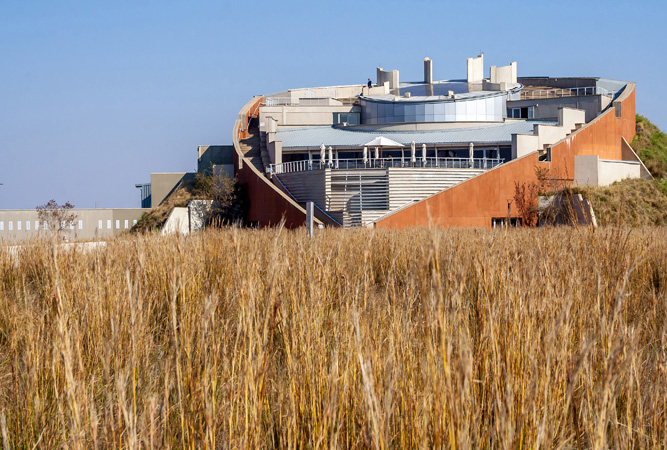 After spending so much time exploring ancient wonders, and marveling at our own history, it may seem strange to return to modern amenities, but rest assured, these abound in the area. Three, four and five star hotels are located in the area, as well as bed and breakfast accommodation. Some of these offer spa treatments fly fishing, horse riding, and excellent restaurants offering fine dining.Also on offer within the Cradle are hot air balloon rides, game viewing, bird watching, hikes and guided trails and many other activities.