23 days to kick-off – The 2010 FIFA World Cup starts in exactly 23 days today with the opening match between South Africa and Mexico at Soccer City in Johannesburg. One of the most artistic and awe-inspiring football venues on the African continent, the newly-reconstructed Soccer City Stadium will host the first and final matches of the 2010 FIFA World Cup™ in South Africa …

The ground’s design is inspired by the iconic African pot known as the calabash, and its aesthetic appeal is heightened when the stadium is lit at night. Soccer City is located in Johannesburg’s southwest and is only a short distance from one of the country’s football-crazy townships, Soweto. About 40 per cent of Johannesburg’s population live in Soweto and this proximity is bound to make the stadium a hub of activity throughout the 2010 finals. 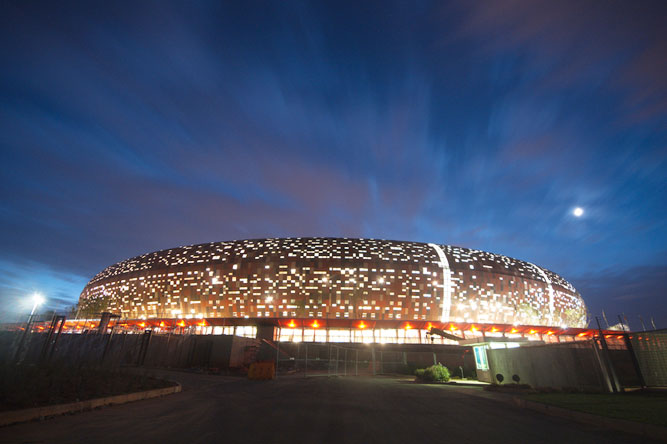 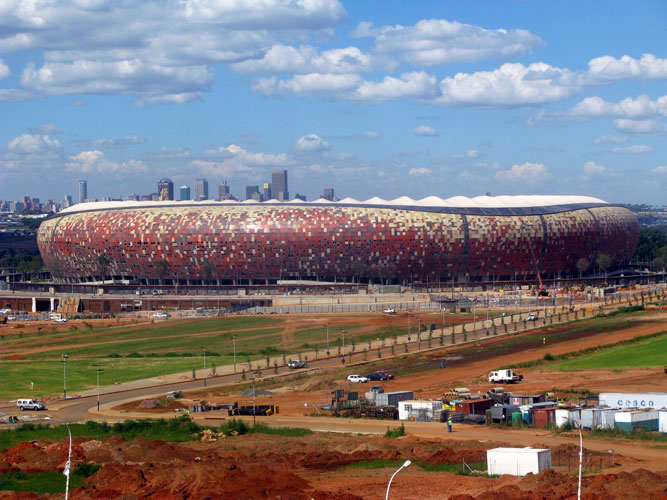