Although I’m not a huge seafood fan my curiosity got the better of me one evening when I decided to pay a visit to a recently opened branch of the Jimmy’s Killer Prawns restaurant chain. The branch in question is situated at the increasingly popular Invesco Centre in Pietermaritzburg, which is home to a number of upmarket restaurants in the KwaZulu-Natal capital.

Friends Mary-Anne, Peta-Anne and Allan (a caterer by trade) joined me on this occasion and I was looking forward to an enjoyable evening dining out. Mary-Anne ordered a helping of calamari served with vegetables, chips and rice (R70) while the ever exuberant Peta-Anne opted for sushi, which took the form of an eight-piece smoked salmon California Roll (R45).

I adopted what I thought would be a more conservative approach, selecting a portion of crispy calamari strips (R29) as a starter with grilled hake served with rice, chips and vegetables (R55), as a main course. The more adventurous Allan decided that a rib and prawn platter (R89) would be more to his liking.

Mary-Anne enjoyed her calamari, describing it as “tender and cooked to perfection” and was equally complimentary about the rest of her meal although she did remark that her vegetables could have been “a little tastier”. Peta-Anne raved about her sushi, remarking that it was “very tasty” and “among the best she had ever had”. 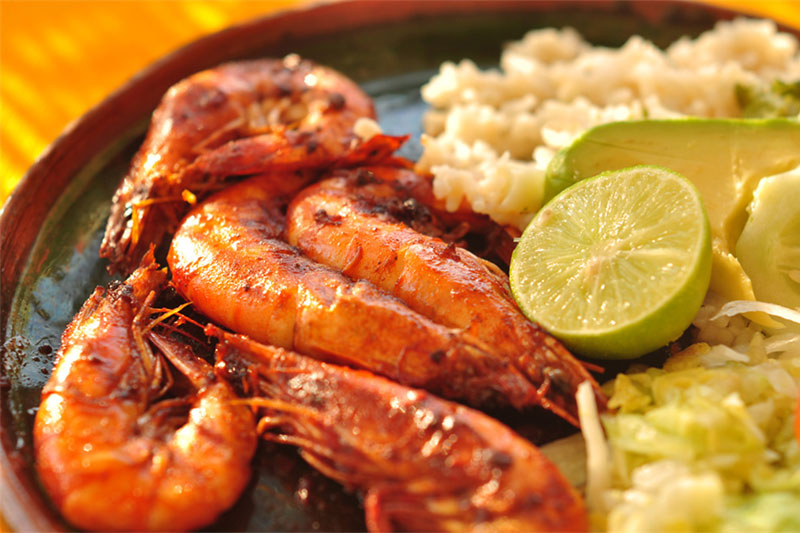 Allan, rather surprisingly given the large portion set before him, made short work of his rib and prawn platter and was clearly impressed with his choice of dish. “It was definitely value for money, the onion rings were superb, the ribs exceptionally tender and the prawns and chips were nicely cooked,” he remarked.

His dish certainly looked appetising and I almost felt like kicking myself for being so conservative, especially after sampling what had been served up to me, which was, to put it mildly, very disappointing. My calamari, which I had requested fried instead of grilled, was rubbery and virtually tasteless while the hake was full of tiny bones and bordered on the insipid.

To say I was surprised would have been an understatement; I was actually stunned at how poor my dish was. The only good thing about it were the rice and chips which were fairly tasty and well-prepared, but unfortunately neither they, nor the delicious malva pudding I ordered as a dessert, were enough to rescue the evening, at least as far as I was concerned.

My friends, however, were more than impressed with their findings with all of them stating that they would return. While I wasn’t sure I would do likewise given my decidedly disappointing experience, I had to concede that Jimmy’s Killer Prawns does have a lot going for it.

The layout was functional and spacious, the food well-presented, the décor practical yet tasteful and the ambience warm and upbeat. The service was also pretty good and I was particularly impressed with our waitron, Precious, who had a very pleasant disposition.

In fact had I asked her to recommend a dish I’m almost certain she would have advised something other than the calamari and hake. What a pity I hadn’t requested her advice; it might have transformed a forgettable evening into a memorable one.

Best Places to Stay on the Midlands Meander

Picture this: fields of swaying grasslands, slowly ambling cattle chewing the cud, undulating green hills that stretch as far as the eye can see, farmlands - sand roads curving just out of sight, country lanes lined with hedgerows, beautiful mountains off in t...

Offbeat Route 56 – Take The Alternative Route Through The Transkei

Route 56 is a surprisingly well-maintained, provincial route that links Middleburg in the Eastern Cape, with Pietermaritzburg in KwaZulu Natal. On the map it looks as though someone has taken a crayon and drawn a squiggly line east, north east through the coun...