I’m looking at the incredible interior of the church of the Monastery of Mariannhill and realising why, despite its being years since last I was here, it had such a profound effect on me as a 16-year-old.

During my third year of high school I sang with a choir that recorded Franz Schubert’s mass no 2 in G standing within this sanctuary. It was one of the most intense experiences of my life. The sound we managed to evoke in this place of God was not only incredible, it was impressive and, as young people only beginning to form opinions and views on the world, I felt I had touched something within and without that I would endeavour to recreate again and again in my life. 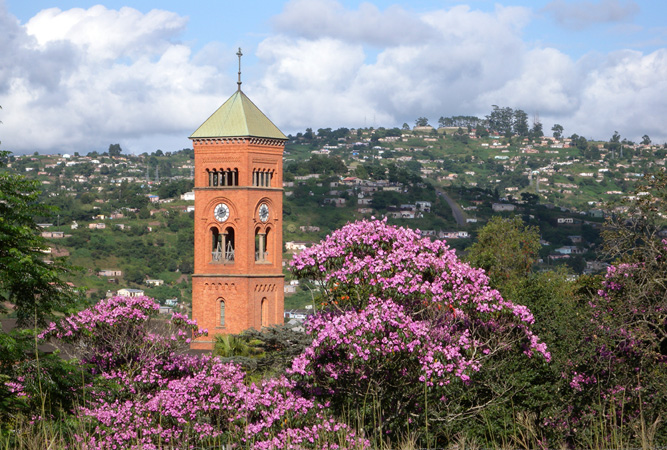 Set in amongst sprawling hills Mariannhill lies in a densely green, intense landscape swept by forests and sheltered, leafy neighbourhoods outside Durban. Despite being close to the industrial parts of Westmead, the Monastery may as well lie centuries in the past. Enter its grounds and one is immediately transported out of the fast-paced world and constant nagging elements of modern society.

A trip to the gardens, tea and vegetable gardens and monastery is a haven for the soul. The old buildings, slowed pace and peaceful surrounds are without fail a balm to the soul, and one does not need to be here with religious intent to benefit. My experience producing a voice within a choir of incredibly talented young musicians was enough to establish the Mariannhill Monastery as a cherished memory.

Mariannhill Monastery was founded in 1882 by trappist Monks who created an impressive collection of architecture, craftsmanship and design. Trappist monks are a contemplative Roman Catholic religious order following the rule of St Benedict, and a branch of the Cistercians.

They speak only when necessary and idle talk is strongly discouraged – even meals are usually taken in contemplative silence whilst they listen to a reading. The silence is not a restriction however, but rather a wish to give space to what matters. There are thought to be around 170 trappist monasteries in the world, home to 2500 trappist monks and 1800 trappist nuns.

The cathedral is a play of light as rays of sun pierce stained glass windows and bounce from the ceilings filled with frescos. The interior invites a moment of two of silent contemplation, whatever your spiritual leaning. Set in the midst of this embellished simplicity is a garden where tables are artfully set in the shade of giant umkhulu trees. 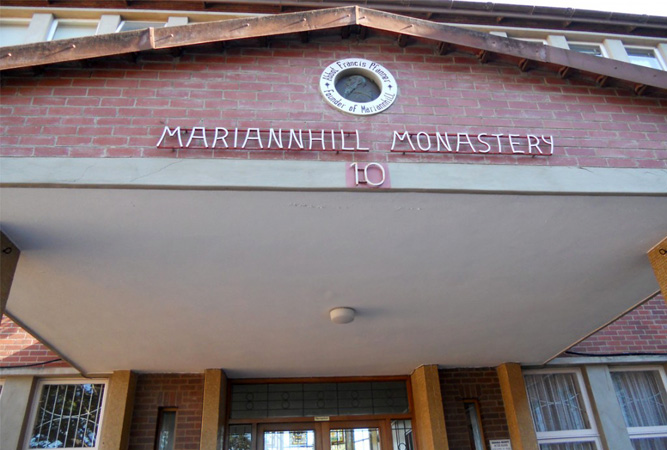 Every now and again there is the distant sound of Gregorian chants, practically inaudible, more of a suggestion than an intrusion that sets the tone of the garden and inspires those who visit here. It’s a perfect little piece of heaven in which one just happens to also get a good meal.

A range of enticing home-made food includes muffins, vegetarian meals or rye open sandwiches. Vegetables and salad comes from the vegetable garden, the rye bread is baked by the nuns at the Jabulani self-help scheme, who also produce plain brown bread for sale to the local community, and the milk and yogurt is from the monastery’s own dairy – actually two of them. The cheese is produced on the opposite side of the valley from the milk, by the Sisters of the Precious Blood. Both are produced organically and cows grace effortlessly on rather steep hills .

The Monastery Veggies and Herbs, run by a non-monk when last we were there, supplies fresh organic salad leaves and herbs not only to the tea garden at the monastery, but also to restaurants in and around Durban. There are also a series of workshops here where crafts, including candles, are produced.

The monastery has an interesting history. By all accounts Prior Franz Pfanner, who then became Abbot, and who led the order was incredibly strict and the vow of silence was held by all. But, as inevitably occurs when extremism is involved, an uprising led to his being suspended and a new order began that went on to establish missions stations around the country and the world. It was also very active in the fight against apartheid, particularly with regards to the Group Areas Act. 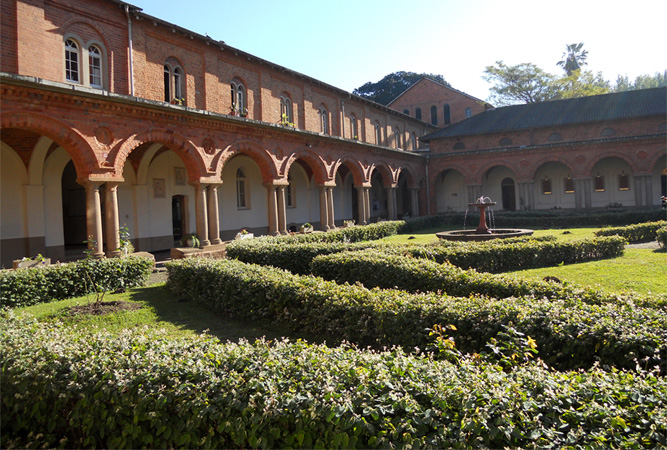 But it is the silence, the essential tranquillity that seems to be innate in every form and almost engulfs the surroundings, that makes Mariannhill monastery so incredible. There is a tour that includes lunch and many of the buildings – the beautiful private gardens, the cathedral, vestments, church, and the museum.

Whilst trite when reproduced in amongst this text perhaps, there is a line that captures the essence of the monastery, set in the heart of the tea garden – ‘You’re closer to God’s heart in a garden than any place else on earth’ that possibly describes the monastery best.