I first heard about the Mt Moreland Swallows from a friend whose wonderful husband had organised a surprise birthday picnic for her at the Lake Victoria Conservancy.  She raved about how spectacular it was to see the swallows and I’ve been dying to experience it myself ever since.  Although I now live in the Mother City, I am originally from Zululand and am normally ‘home’ for Christmas.

Witness the spectacle of the Mount Moreland Swallows. (Barn Swallow – Hirundo Rustica). Every evening from mid October to mid April At the Lake Victoria Conservancy in Mount Moreland, millions of these tiny birds gather for about half an hour before sunset and fly in vast numbers over the Lake Victoria Wetlands. As dusk falls, the swallows drop down in the reeds and are gone, until dusk the next day!

My Dad, husband and I arrived, snacks and strawberry daiquiri’s in hand at about 5pm.  We had been told to arrive around that time and then it’s just a waiting game as the swallows arrive any time from 5.30pm and roost between 6.30pm and 7pm.  Although there is no seating as such, there is a large area of ground for one to settle down and have a picnic – all with good views of the reed beds below. 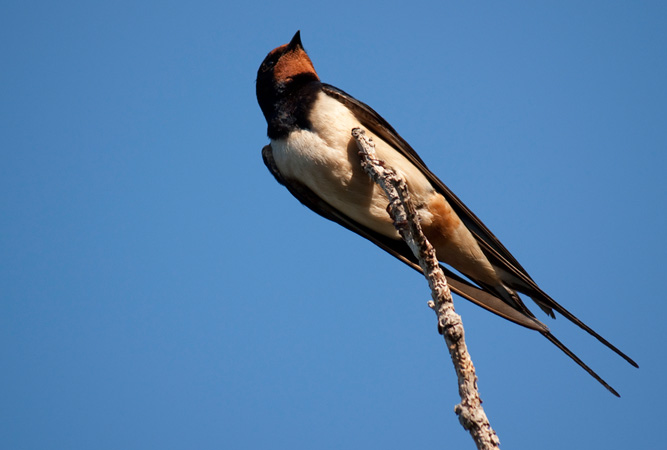 Although the day was a bit cloudy it was very exciting when we noticed at first just a few and then as it grew later larger groups of swallows arriving.  They spent a good half an hour circling around the lake and reed beds – some groups flying out and then coming back again while other groups circled and then dropped straight down into the reeds.

The first of the swallows arrive at Mt Moreland at the beginning of October and up to 3 million birds have been counted at this site.  On the day we visited I was told that there are ringing workshops (one can book a spot on these workshops and assist in the task) – doing this has enabled conservationists to identify the Mt Moreland swallows as far away as Siberia!

Although we did not have a sunset to speak of, the months of January and February provide the best sunset backdrops and November, December and March are the best months to view the birds. 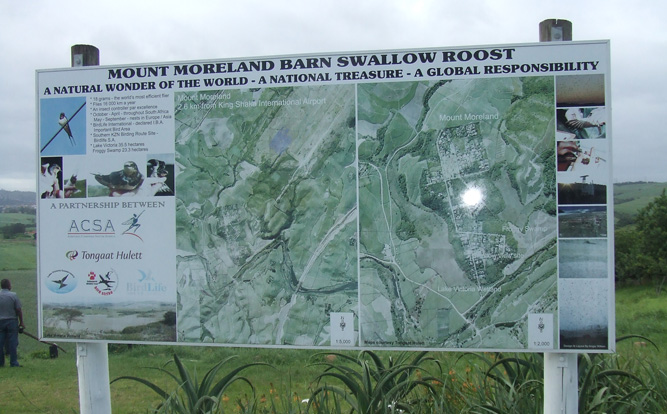 There is plenty of parking at the site and its advisable to take something warm to wear – the breeze can get a bit nippy, even in mid summer.  Also remember to take your mossie repellent.  There are toilets nearby but these were not open on the day we visited so bear this in mind if visiting with children.  A fee of R10 per car is payable.

The Mt Moreland Swallows are world famous so if you live in nearby you really should make the effort to see the spectacle for yourself – its well worth it.

Thousands Of Swallows, Just Outside Durban

Post storm, the sky still leaden and the streets reeking of that just-rained-earth smell so particular to South Africa, we watched hundreds of swallows duck and dive in a display of abandon, on the banks of Lake Victoria (not that Lake Victoria, another one, b...