Now reading: Stately “Lehututu” may not be around for much longer

Bela Bela – The stately Southern Ground Hornbill or “Lehututu” as it is locally called, may not be around for much longer. These huge black birds with their distinctive beaks and bright red wattles are part of the hornbill family that occurs naturally only in Africa and Asia. However, hornbill numbers are declining due to loss of habitat.

“Many species will not survive without human intervention,” says chief executive officer of the Limpopo Tourism and Parks Board, Benny Boshielo. “For any successful conservation effort, the active involvement of provincial authorities, conservation agencies and communities is needed,” said Boshielo. 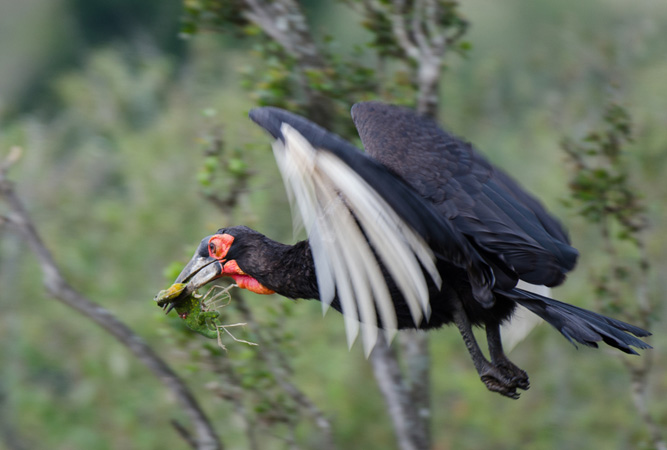 The world’s 60 species of hornbills are rapidly declining in numbers worldwide. There are less than 1 500 Southern Ground Hornbills left in South Africa. Their numbers have dropped by more than 10 percent in the past three decades.

The province has made the Lehututu its avian flagship in the same way it has made the mighty baobab its provincial symbol and flagship of the savannah biome.

Mabula Game Reserve is also the base for the The Ground Hornbill Research and Conservation Project started in 1999.