Hazyview, when we get there, is busy. That it rests just outside the Kruger National Park is doubtless the reason, particularly as every second vehicle is some rendition of the safari jeep; the type with staggered rows of seating reminiscent of a mini-theatre on wheels – ‘ta da, we’re here to see wild life!’ 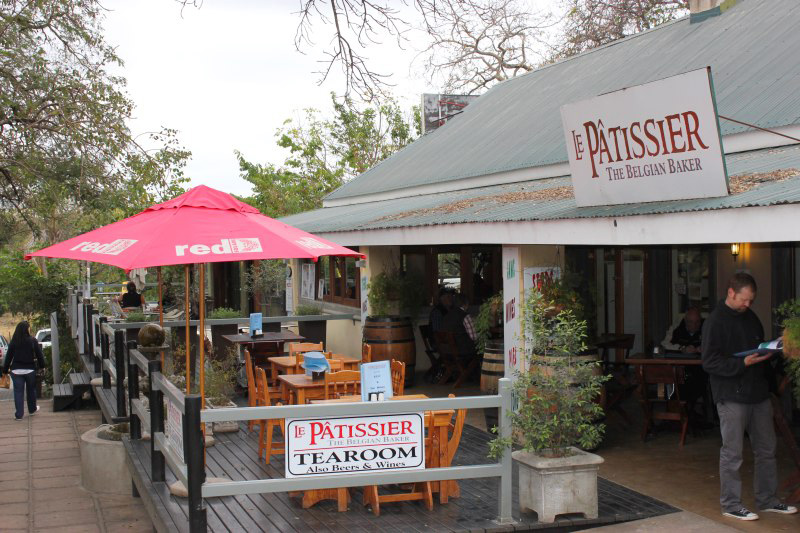 As a town that centres around Kruger tourism one obviously needs to be aware of the little tourist traps, like Hazyview’s Rondevous Centre, a fine spot to stop if you’re intent on booking a safari or a tour of the Kruger, but the second-hand bookshop has prices that would make even Capetonians grumble, and the little clothing boutique is fine if you’re shopping with gran.

But drive a little further along Main Road (with Nelspruit behind you) and you’ll reach the corner of Sabie Road where rests Perry’s Bridge Centre, a collection of shops, boutiques and restaurants that doesn’t resemble a mall, which is refreshing. It also shies away from any chain stores, other than a Pappa’s pizza pasteria, and even boasts a brewery.

The place is so obviously popular that parking your car in the tree-laden parking area is difficult. Children run helter skelter, there’s a man chasing a pig (a pig!) that is obviously not his – given his rather patient and tedious manner it clearly belongs to his boss – and people are milling around under trees. Perhaps it is merely that I’m driving a huge car that isn’t mine that entails finding at least two adjacent parking spaces in which to swing in order to park it at all that makes it appear busier than it is.

To one side is the popular Trading Post but we explore a little deeper into the centre and discover Le Pâtissier, Hazyview’s Belgian Baker. It’s worth holding out for. The place inside is teeming. It isn’t hard to imagine why. One side of the shop is given over to the bakery, the shelves lined with various assortments of freshly baked artisan breads, cakes, pies and Danish pastries. 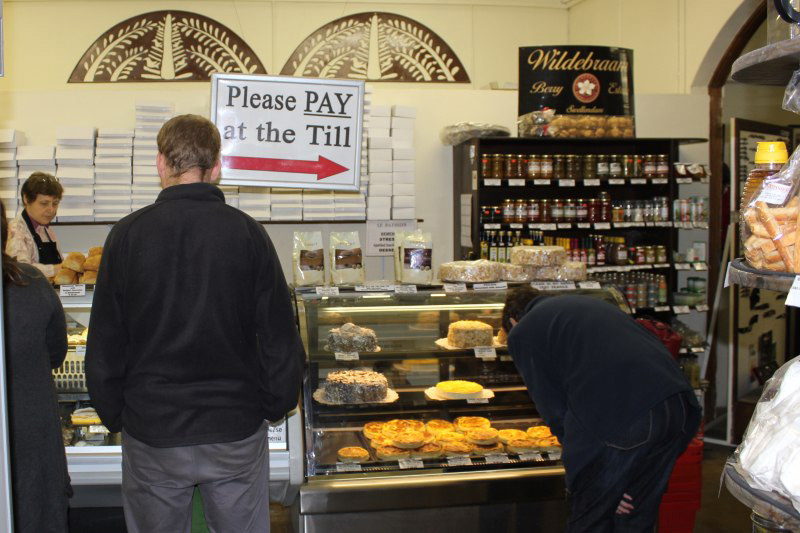 The woman behind the counter is happy to chat in-between serving customers, but my getting a word in is difficult as people are constantly buying – who can resist a Danish, huh?. Ilse turns out to be the other half of the Merchiers’ team, the woman who nudged Gérard, her bored husband, from retirement back into the business of baking in a bid to get him out from under her feet. Now, she in turn, is enrolled in dishing out Danish.

Gérard hasn’t had a chance before now to practise as a baker in South Africa. After training as a baker for many years, he ran a bakery in Brussels for 10 years, but on coming to South Africa he chose instead to run the local Spar in Hazyview. It was here that he met Ilse, originally from the Congo. On retirement he began toying with the idea of a bakery again. And what a good thing he did.

To one side of the shop is the working bakery, where a group of about three bakers is busy rolling and pummelling dough into various shapes and sizes. The bakery uses no chemicals, enhancers or preservatives. It also uses only the best and most local ingredients – butter, full-cream milk and sugar – and everything is baked on the premises.

Watching them is a treat too, and they obviously enjoy what they do, which makes my enjoyment of the food that much greater – happy bakers=happy food. 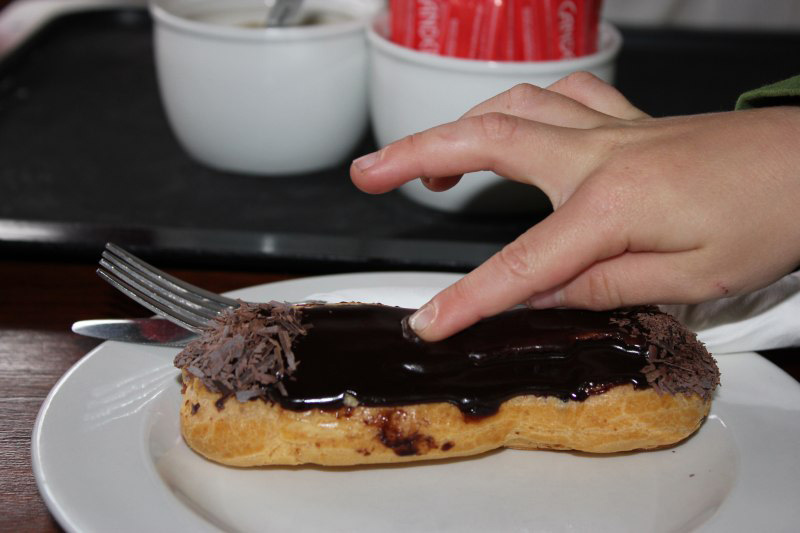 Gérard is absent, but then I suppose that is excusable, given that he’s been in the bakery since 2am (not the usual 4am start, his wife explains to me) and keeps a tight control over everything. He is apparently given to returning home at 11, so we’ve only just missed him. But I don’t need to see him to realise his worth as a baker. The proof is in the pudding, literally, as, when we do order, his wares are so obviously some of the best in the country.

The bakery was originally a wine shop that used to serve cheese platters to go with wine tasting. Gérard began baking bread from home for the shop. Before long he was invited to come and bake on the premises, where he shared the wine shop. It took a while, Ilse tells me, before a journalist wrote a story in the Sunday Times, and they suddenly hit the big time.

Business just ‘took off’ and since then, they’ve taken over the wine shop, and when the shop next door became available, they occupied that space as well. It’s now filled with chocolate, sweets, dried fruits and nuts and other foods you’d expect to find in a deli.

We nab a table on the verandah. It’s a bit of a dicey choice as the clouds are threatening rain, but we manage to find a table under cover whilst listening to the table alongside us heatedly debate over which of the waterfalls around Sabie they have seen, and which were the best. My consensus, by halfway through the debate, is that they’ve seen so many waterfalls they can’t remember half of them. Definitely time for a coffee. 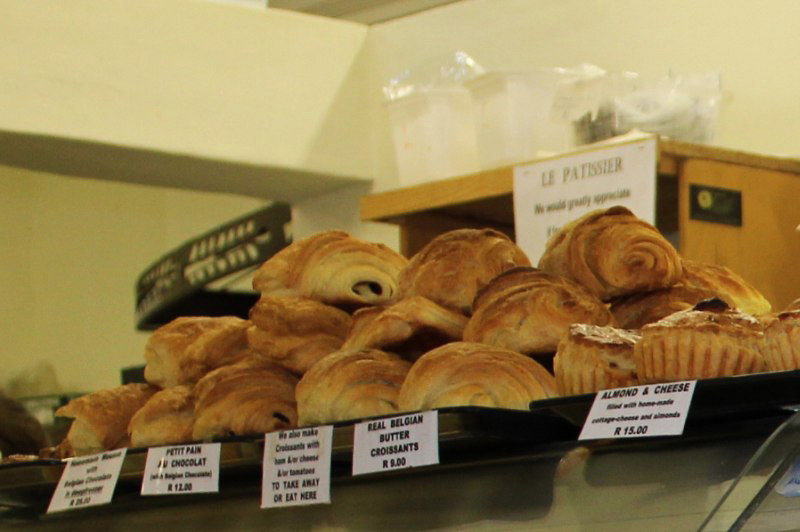 I order a decaf whilst my son and other half order a hot chocolate and coffee a piece. Between us we share a chocolate éclair and a Danish that spoil all other Danish pastries (except for those at Olympia Bakery in Kalk Bay – I remain loyal) and stumble out of there, distinctly the better for the experience.

Whilst at Perry’s Bridge, take time to stroll the grounds and visit the various curio shops, galleries and adventure booking office. Just behind Morse Nurseries is Perry’s Bridge Reptile Park with quite an amazing collection of snakes, tortoises, frogs and even a huge crocodile.

Try and make the snake handler’s display as his mixture of stories and facts give one a new found respect for reptiles. And the silk shop that includes mopani worm silk, a rougher textured silk that is great for throws, rugs and shawls.

Best Places to Stay on the Panorama Route

The Panorama Route winds its way through the Mpumalanga highlands of the north-eastern section of the Drakensberg’s great escarpment. The Panorama Route is easily one of South Africa’s most scenic self-drives, and certainly one of its most popular. That it i...