Janet & John Wills from Porcupine Ridge Guest House in Sabie had this unexpected, heart-stopping Leopard encounter on a recent break in the Kruger National Park … 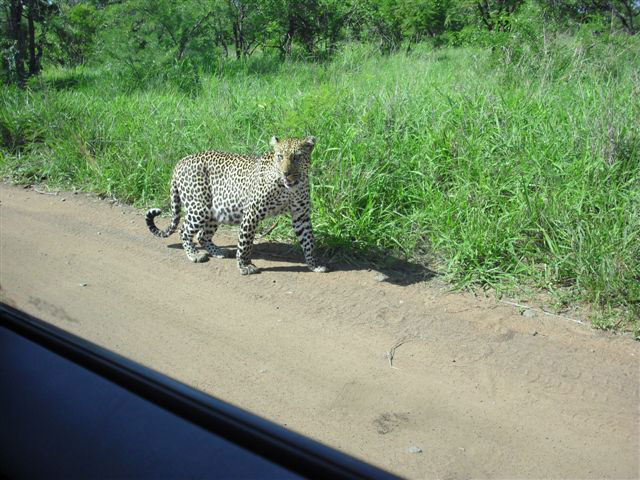 At around 8.30am on 18 December 2009 my husband, our adult son and I, left Tamboti Tented Camp and drove east along the H7 towards Satara Camp. We soon came to the turning for N’wamatsatsa Waterhole and decided to check it out. Rounding a corner on the dirt road we saw two tiny leopard cubs running across the road with the mother leopard following closely behind. 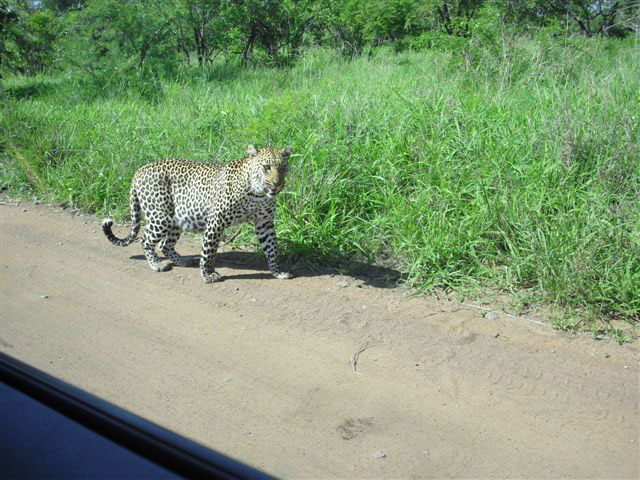 The cubs soon disappeared in the long grass, followed by the leopard. By the time they were about 5 metres from the road we had stopped parallel to them, expecting to see the leopard quickly disappear into the thick bush.

What happened next was the most frightening (and admittedly thrilling) encounter we have experienced in more than 20 years of regularly visiting Kruger. The leopard suddenly turned and came running back towards us, snarling loudly. 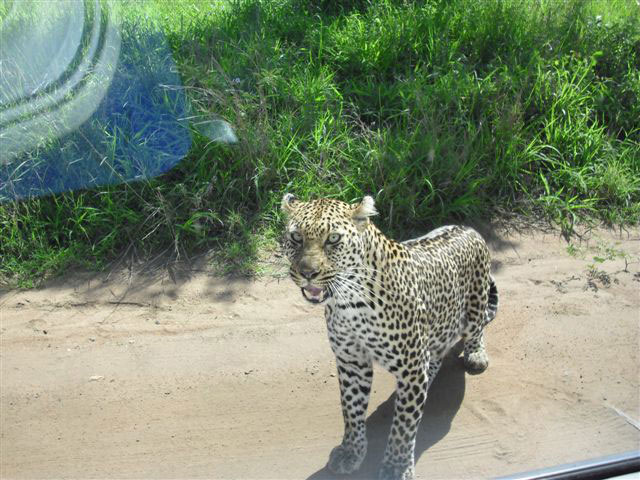 She stopped abruptly at the edge of the road, which we presume was a ‘warning attack’, thankfully giving us time to close all the car windows, she then rushed right up to the car, first to my husband at the driver’s window, then round the front of the car to my front passenger window, snarling all the while and looking us straight in the eye with what can only be described as murderous intent. 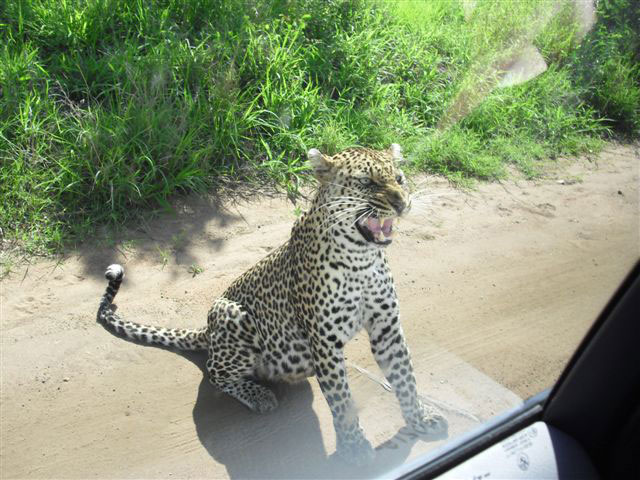 Having also checked the rear window she rushed back around the front and seemed to be going off after her cubs when she turned and launched herself at the rear passenger window where my son was sitting, swiping her paw across the glass with a loud ‘bang’ as she connected. Having failed to reach us she slowly slunk off after her cubs and was gone. 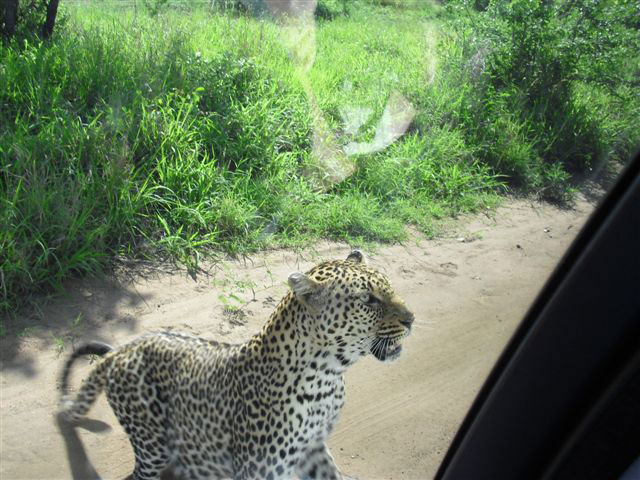 We were left with thumping hearts and regrettably few photographs as it all happened so quickly. It is entirely understandable that a leopard with tiny cubs would be hyper-protective and prepared to attack anything she sees as a threat to her babies and we suspect there may have been a third cub still on the other side of the road but we were left with several questions. 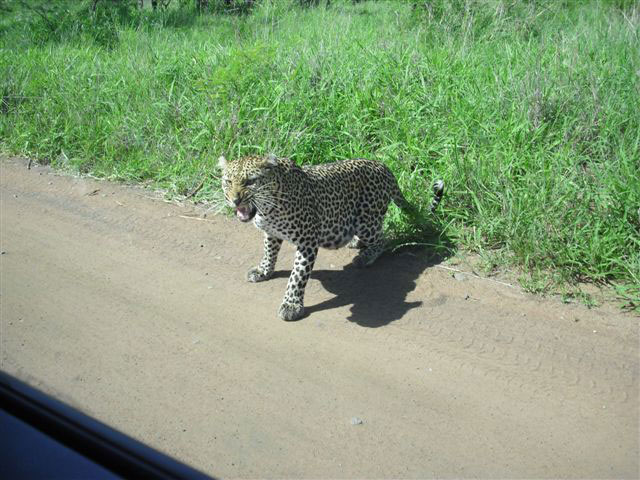 What would have happened if we had been in an open Safari Vehicle? What if we had small children in the back of the car and wind-up windows? Would overseas tourists on their first visit to Kruger react so quickly? It serves as a reminder of just how ‘wild’ Kruger can be. We consider ourselves very lucky to have had such a ‘once in a lifetime’ experience and are very relieved we are not making World News as a leopard kill! 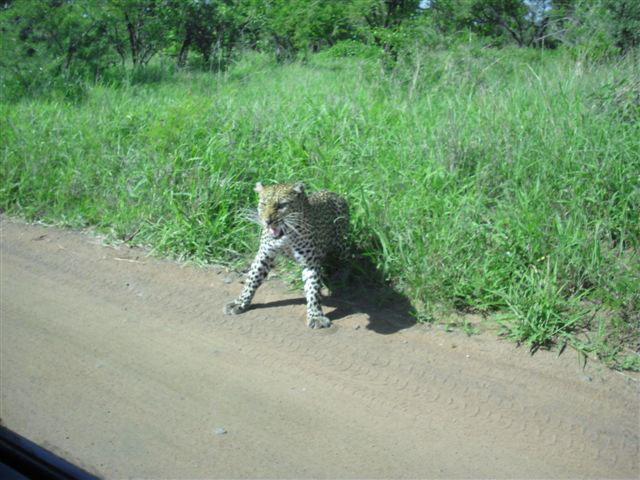