You are here / South Africa Travel News / Reviews and Visitors' Perspectives / A hop, skip and a jump to Pilgrims Rest

Now reading: A hop, skip and a jump to Pilgrims Rest

Getting to Pilgrims Rest from Johannesburg takes longer than you think it will. It shouldn’t, as the obvious route along the N4 is pretty straight forward – Witbank, Belfast, Waterval Boven – but this is where it starts getting fuzzy, because by this stage not only were we tired, having only left work at around 3pm, but by the time we hit Sabie there was also a not-so-fine mist to contend with.

Oncoming traffic became somewhat indistinct, the world took on the ambiance of Narnia (I kept waiting for Mr Tumnus to come trotting out from under a lamppost) and my stomach took the opportunity to inform me that it was more than a little hungry – ravenous probably comes closer!

And so Sabie it was for a quick nosh stop, and I think the restaurant was set in an old train, but I can’t be certain. I think we had pancakes or crêpes, but to tell you the truth, by this stage it could have been anything!

Our destination was beginning to feel more and more elusive, and, as the mist continued we had reservations about getting there at all. Perhaps when the mist settled in like this, roads began turning in on themselves because it felt as though we drove around in ever diminishing circles whilst getting nowhere fast.

But that was the tired brain speaking. After food, things even started looking quite romantic, and we set off again in the knowledge that it wasn’t far now. Considering that some of the accommodation in Pilgrims Rest we passed had names like ‘Misty Mountain lodge’, it was obvious that mist was a common occurrence here and that we had nothing to fear.

We pushed on to Mac Mac along the R532 and then on to Pilgrim’s Rest to our campsite on the banks of the Blyde River – because we were one of the only people there that weekend we managed to camp virtually on top of the river in the shade of some trees. The campsite was beautiful, and the bathrooms clean and spacious. The caravan park has subsequently become a partnership between the Mpumalanga Department of public works and Imbali Yezwe Project and is family owned and managed.

Hence it was that we only got to see Pilgrim’s Rest the following morning, after a good lie in and a hearty breakfast. 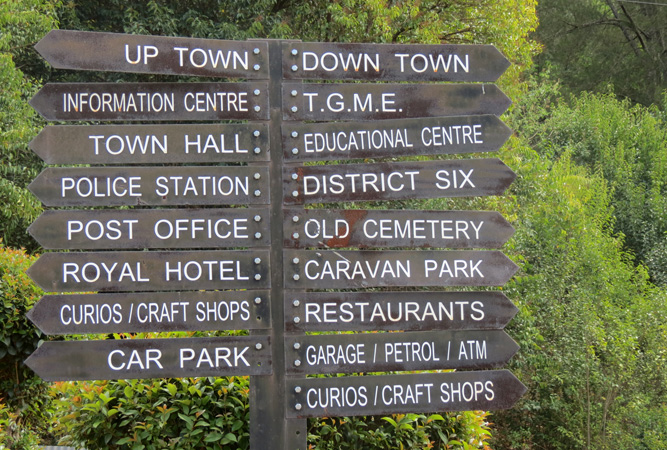 Pilgrim’s Rest is just gorgeous. The entire town is a national monument in its own right and has also achieved World Heritage status. In a sense, it’s a living museum, a typical little mining town built during the gold rush of the late 1800s, with a modern day overlay. So you get the feeling of the town as it must have been then, yet modern day shops and businesses now inhabit the buildings.

We wandered through some of the little curio and arts and crafts shops with names like ‘the Daisy’ and ‘Edwin Woods & Co Wine merchant’ (that was actually a place to stock up on South African wine set in what was once a mission church!). You must make a stop in Kuzzulos Emporium where you get to dress up in old fashioned clothing before posing for a photograph to grace your mantlepiece (something like they do at Gold Reef City).

One of the highlights for me was the Royal Hotel. The Victorian style building is restored to what must have been its former glory and offers beautiful en-suite bedrooms – antique brass beds, wash stands and wardrobes that date back to that era.

Walking through their lounge is like being in a time capsule(!) and the hotel’s bar, known as the Church bar (quite amusing if you think of the irony) used to be a Catholic chapel for a school in Cape Town. It was apparently taken apart, bought by wealthy miners to Pilgrim’s Rest (a six week journey!) and then fitted back together again (they obviously had a lot of time on their hands back then). 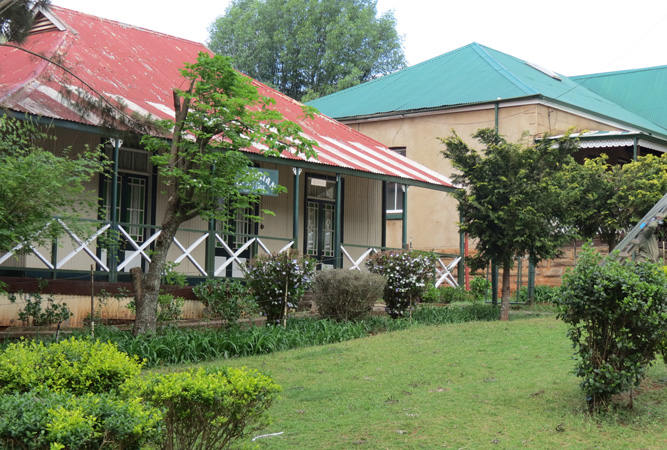 We could have tried a whole list of touristy type adventures laid out for people wanting the whole experience – gold panning, the Digging Museum, a whirl through a variety of churches, a house museum that survives as a living example of the lifestyle of the town’s original general dealer, but we chose instead to hive off to the town’s historic cemetery.

Set at the top of a hill, overlooking the town, the cemetery is the site of early graves of the town’s residents. We were one of the only visitors to the town who bothered to trek up there, but it’s worth it because of one grave.

Known as the Robber’s grave, it lies the opposite way to everyone else’s. Poor man, his crime was no worse than to have stolen other people’s tents from them, but for his sins, he was shot by someone and buried in a way that everyone would remember him (I’ll say nothing about today’s law and order, shall I).

Once we thought we had the town scouted, we headed out on the Panorama Route, also known as the R532 – the northern parts thereof. It’s a famous route that takes in what must be Mpumalanga’s treasure trove – God’s Window, Berlin Falls, Bourke’s Luck Potholes, the Blyde River Canyon and the Three Rondavels. 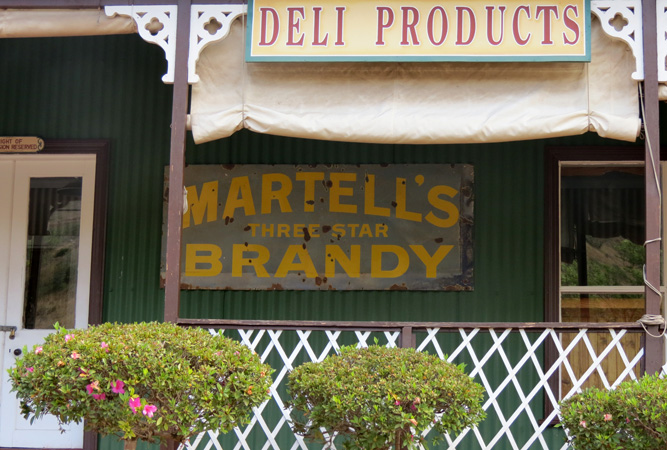 Each of these wonders is worth a stop for the spectacular scenery. Pity we had but four days to explore before returning to the city. But such is life …

The Lowveld's Sabie Waterfall Route is an insider secret in South Africa. Few people have written about it, despite its being just 60 km west of the famous Kruger National Park. And even fewer visitors know of the route - often cast in the shadow of the mo...