Now reading: The little town of Victoria West – haven of the Karoo

I hadn’t heard about the little dorp of Victoria West until a friend of mine mentioned the annual film festival that takes place at the town’s Apollo Theatre, and her subsequent foray into one of only two restaurants in town (there’s now a new pizza joint in town, which looks set to give them a bit of competition) where they became rather flummoxed at her request for vegetarian food.

Upon closer inspection it became obvious that a visit was not entirely out of the question as Victoria West is but a 60 kilometre detour off the N1 between Cape Town and Johannesburg, where we were heading. The added bonus for the central Karoo town is that it lies on the N12 between the two major cities, via Kimberley, so traffic is frequent and the little population of around 11 000 people enjoys numerous visits from travellers passing through. 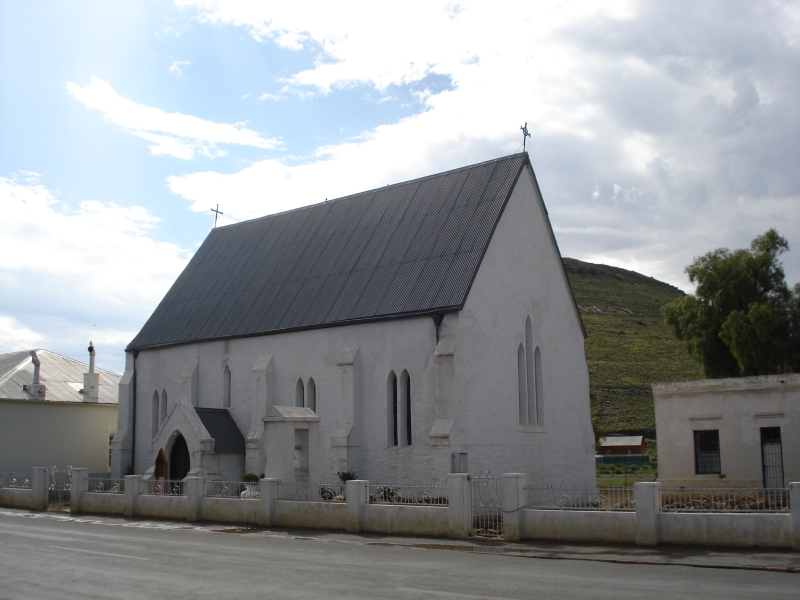 My friend’s vegetarian experience is understandable too if you consider that the town is known as the ‘Merino Mecca’ of South Africa where one can find some of the best quality wool and a collection of merino rams are considered top breeders. So lamb would obviously find its way onto the menu, often.

The town is well worth a visit. We arrived as the heavens opened and a thunder shower of note kept us indoors long enough to explore the origins of our B&B, run by the renowned former rugby player, Mannetjies Roux, and his wife. They live right next door in their own little cottage, and we shyly waved at each other (Mannetjies and I, that is) whilst Charlotte and I swopped stories and I exclaimed at the mug I managed to break within moments of arrival! 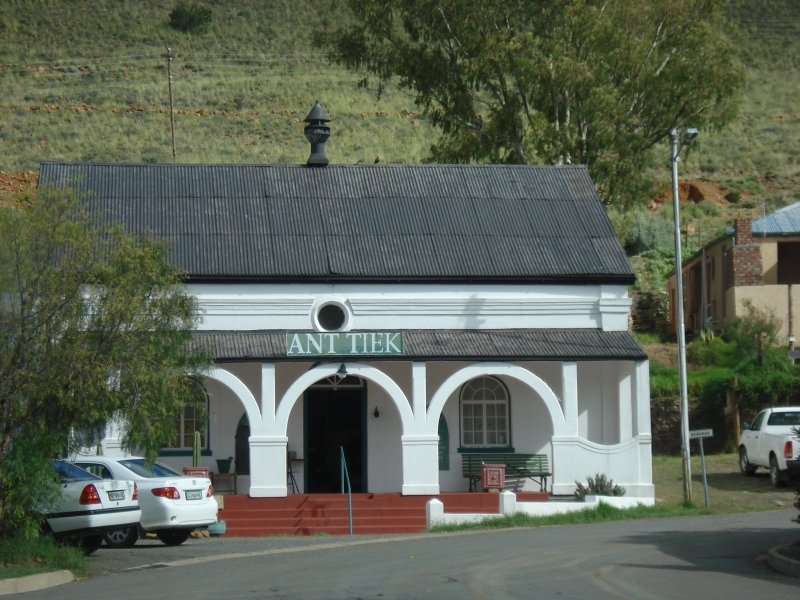 I know nothing of rugby, but a book about his life left in the lounge for visitors soon brought me up to speed. He’s quite a draw card to Victoria West and a museum is dedicated to his private collection of rugby memorabilia and his historic contribution to the game. He and Charlotte own and run a couple of very good antique shops in the quaint little town, the Victoria Trading Post and Ant Tique.

Mannetjies’ claim to fame in the rugby world is that he was capped no fewer than twenty seven times, six of these at wing and twenty one times at centre, scoring six tries. Francois du Toit Roux, born in Victoria West, is a small man for rugby, which by all accounts is the reason for his name given him by a domestic worker from his youth who found his cockiness pretty endearing. 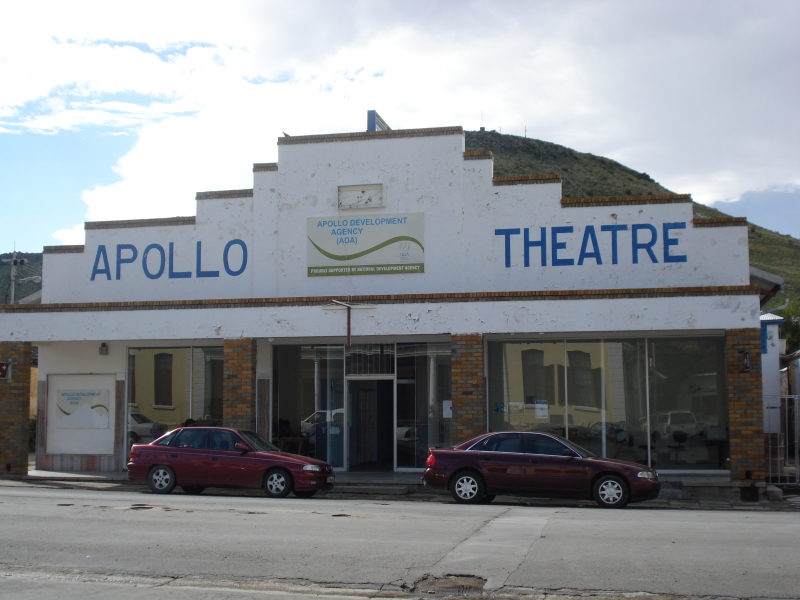 The cockiness was to remain, and Mannetjies was dogged by controversy throughout his rugby career, which included kicking a protester in the you-know-what during a Springbok tour of the UK in 1969/70. But it was more than likely his lack of size that gave him such a furious pace and made him the ferocious defender he was reputed to be. A visit to the Victoria Trading Post (you can’t miss it), of which the Mannetjies Roux museum is a part, is thus a prerequisite for rugby fans.

If you enter Victoria West from the Loxton side (R63) you are privy to a street lined with a fine collection of neat, little Victorian houses. It’s incredibly pretty, and this part of town is definitely worth exploring. Victoria West is dominated by restored Cape Cottage, Karoo-huisie and Victorian-house style architecture that combine for picturesque viewing – many are restored into accommodation venues, and the odd coffee shop, but most on the main road are lived in by locals. Even the first school house in the town has been restored and converted into a guest house. 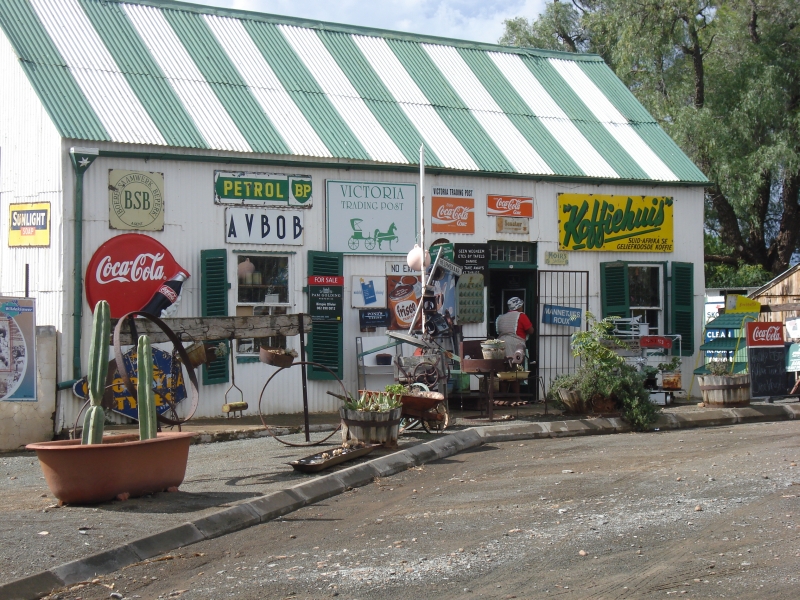 The pretty little gothic-revival style, Anglican church in town, built in 1869, too is incredibly beautiful – we were easily enchanted with the town. Although the Apollo Theatre, an art deco number that was born out of the 1950’s higher up on Church Street, was something of a disappointment, the annual Apollo Film Festival held in September is said to be South Africa’s answer to the Sundance Film Festival.

Okay, perhaps that is stretching the imagination a little, but to its credit, the theatre is one of the only remaining art deco theatres still in use, and the line up showcases top South African independent films – features, docies and short films. It’s an event South Africans should support. 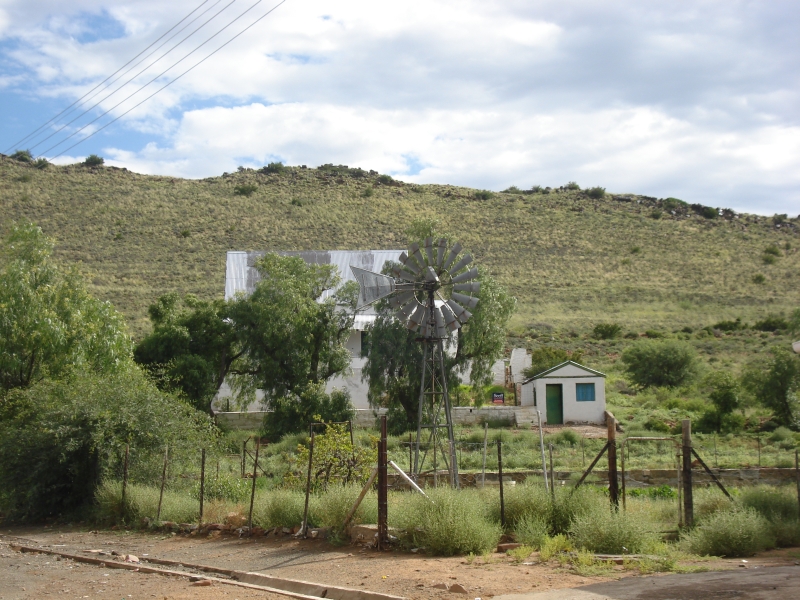 We were to learn that a number of little Karoo and eastern Free State towns, in similar fashion to Victoria West, tar but their main roads. Other roads leading from these are largely sand and, given the time of year and the amount of rain, can become quite difficult to navigate given the puddles, but this was just one of the idiosyncracies that made our trip to Johannesburg, via Victoria West and the Eastern Free State, so enjoyable.

A quick dash into the local Spar pronounced it more than sufficient to meet your needs if you’re here to stay in a self-catering venue. It’s fairly big, frequented by the locals and the shelves are well stocked with just about everything, including salad (later on our trip, fresh vegetables in little towns in the Eastern Free State were to become a commodity). 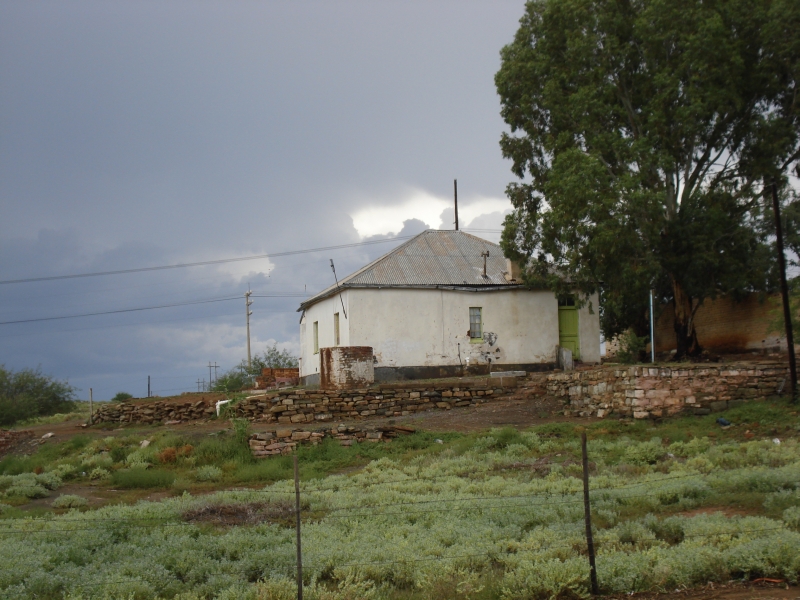 That night as the sun set, we were privy to a display by what must have been hundreds of swallows that took to the skies – diving, swooping and gliding whilst their cries pierced the rapidly increasing twilight overhead. I have never seen such a performance. Swallows are associated with rain and the showers that afternoon had obviously inspired this. I kept expecting the locals to come pouring out of doors to exclaim at the spectacle, but obviously I had merely been part of a fairly common occurrence. That, or Victoria West’s population were too busy with dinner…