But cast your eye down this list and you’ll find 8 equally stunning and hugely underrated destinations in South Africa, all worthy of a visit… 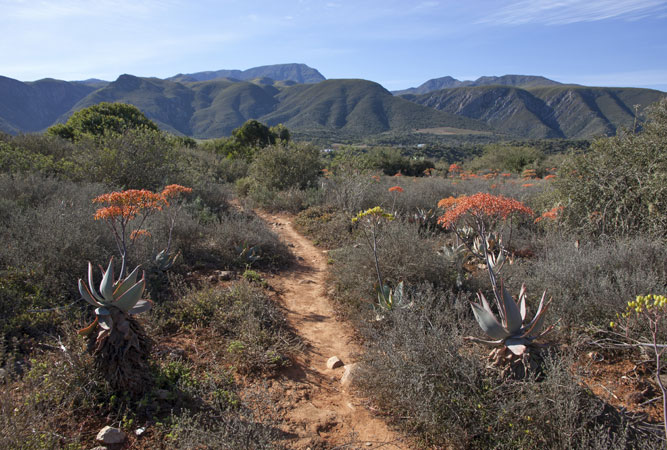 The Eastern Cape’s Baviaanskloof lies inland of the Garden Route; roughly 200 km from the Tsitsikamma National Park. It is closer as the crow flies, but entails a drive along the N2 to Humansdorp, before venturing north along the R332. The only way through the ‘valley of baboons’ is along the winding road hewn by Thomas Bain, a road travelled largely by adventure and natural beauty enthusiasts.

A mega-reserve and World Heritage Site, the Baviaanskloof is 200 km of unspoilt and rugged terrain, a host of different plants (seven of the country’s eight biomes are present in the kloof) and the biggest wilderness area in the country. Its beauty is unsurpassable.Note: you will need a 4×4 to reach its heart.

Find a place to stay in Baviaanskloof here. 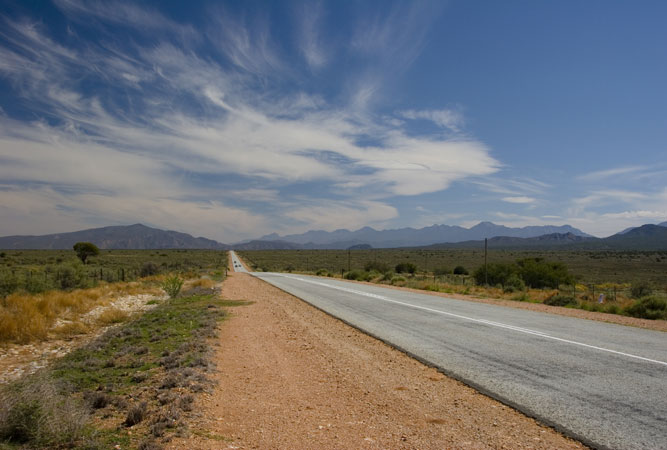 The Little, or Klein, Karoo, or southern sibling of the Groot (Great) Karoo, is a long valley bordered by the Swartberg and the Langeberg Mountains. This semi-arid climate with a winter rainfall, gives rise to a land of succulents, towering cliffs, streams. It is a unique biome dominated by the aloe and dwarf baobab tree – with its yellow peeling bark and midsummer red tubular flowers – and mountains.

Its landscape is peppered with the little Karoo towns of Barrydale, Calitzdorp, De Rust, Herold, Montagu, Prince Albert, Ladismith and Oudtshoorn, whilst it boasts a series of attractions that include the Cango Caves, Anysberg, Gamkaberg and Karoo reserves, and the Little Karoo Wine Route.

Find accommodation in the Karoo here. 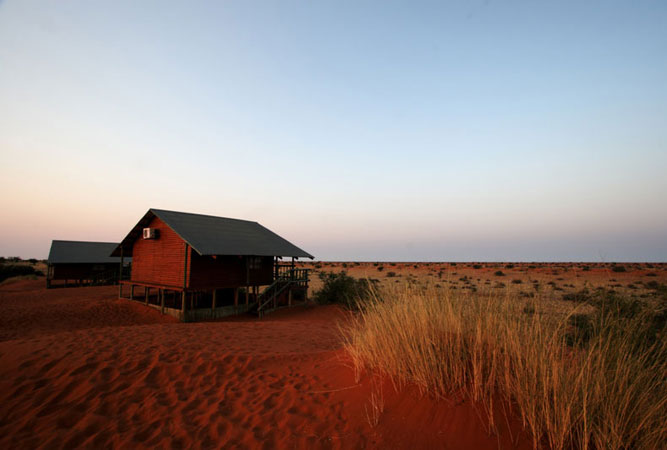 The Northern Cape’s Riemvasmaak (pronounced reem-fuss-mark) Community Conservancy is 75 000 hectares of land between the Orange and Molopo Rivers, bordering the Augrabies National Park, just north-west of the town of Kakamas (virtually in the middle of nowhere). It is a breathtaking mountain desert wilderness that again belongs to the Damara and Koranna Khoi tribes, who used to graze their sheep and goats as they had for hundreds of years.

The area is full of surprising plant species, like the white-stemmed Shepherd’s tree, camelthorn tree, wild fig, and various quiver tree species. But the area is most famous for its hot springs (natural hot springs at which the community have built catering), 4×4 trails and hiking.

Find a place to stay in the Green Kalahari. 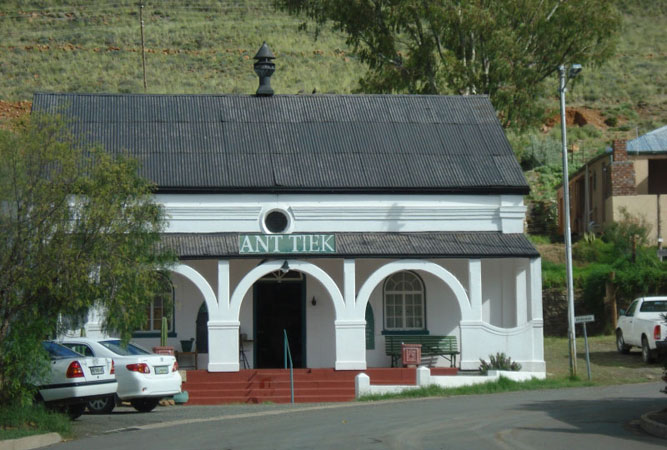 Right in the heart of the central Karoo, between two mountains, is the quaint town known as Victoria West. It drips Victorian era, with a wonderful collection of restored examples that double as museum’s, like the Karoo Drukpers, Wagenaarskraal Heritage Museum, and a private collection of Rugby memorabilia that belongs to Mannetjies Roux.

It is also home to one of the last remaining Art Deco cinemas in the country, a famous hiking trail known as the Karooland Staproete, and a strangely large collection of swallows that take to the skies at dusk. Built on the banks of the Brak River, Victoria West grew as a result of the Cape Colony’s railway system that expanded this way during the 1870s. Its main productivity is sheep farming.

Find a place to stay in Upper Karoo. 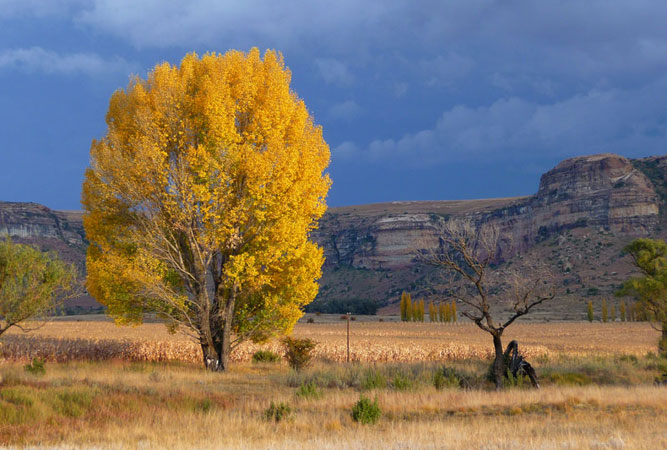 Lying in the foothills of the Maluti Mountains, this Free State town is but 9 km from the border with Lesotho, and just up the road from the more-famous Clarens. But then Clarens has overextended itself in the dorp-of-the-moment stakes, leaving Fouriesburg, in my opinion, as the more authentic of the two towns.

It poses as a destination for outdoor enthusiasts, offering hiking, horse riding, biking and Meiringskloof just 2 km away. But what makes it so charming is the attractive homes, the incredible views, and the possibility of snow on the surrounding mountains during winter. The Waterberg, or Thata Meetse in Sotho, is a huge hunk of mountain that runs for 150 kilometres from east to west. It lies above the bushveld plains of the Limpopo province, covering roughly 14 500 square kilometres. At its height, at Geelhoutkop, it sweeps to 6 000 feet. Its name describes the many rivers, inland lakes and streams within its boundaries.

What makes it so special is that there are no roads and little to no development, short of one wee town known as Vaalwater, making it one of the most intact wilderness areas in the country. It is also part of a Biosphere Reserve. The Waterberg is not merely mountains, it is also bushveld, grasslands, wetlands, dams and mountain streams.

Find a place to stay in the Waterberg here. 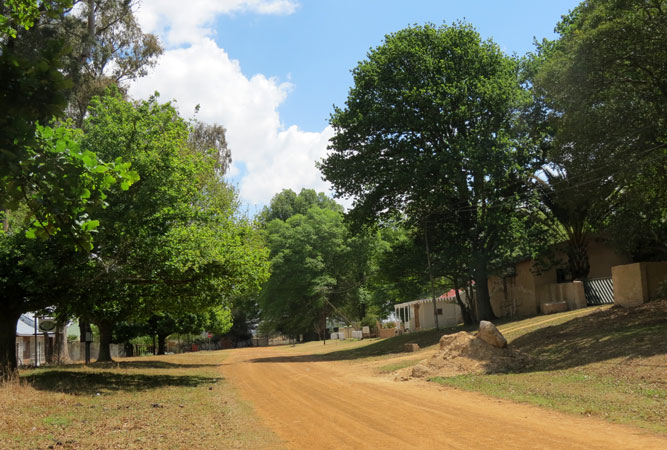 Mpumalanga’s ‘Lake District’ has at its heart Lake Chrissie, the country’s largest natural, freshwater lake, with a surface area of 1043 hectares. Around it are some 320 lakes and pans, mostly on private land, that give rise to a host of birds (Lake Chrissie is home to 20 000 lesser and greater flamingos alone), butterflies and frogs. So many that a frogging festival forms an annual highlight of the area, whilst the list of birds makes it a birding hotspot.

Find out more about Chrissiemeer here. 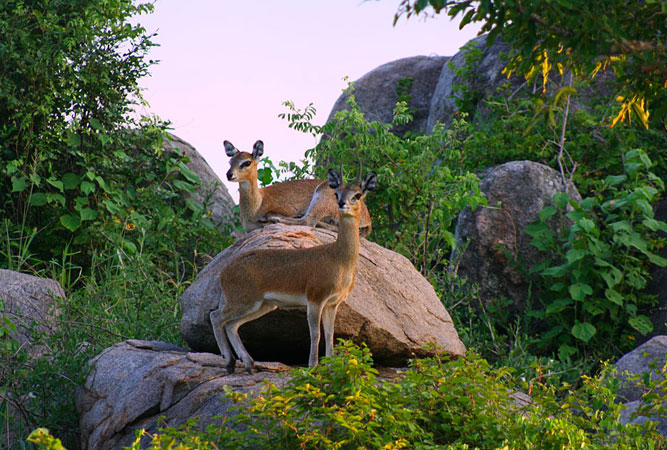 You will find the Wolkberg on the R71 between Pietersburg and Tzaneen, fairly soon after you pass Zion City Moria. Park at the Serala Forest Station and the wilderness lies before you. The Wolkberg is in the northernmost reaches of the Drakensberg Mountains, where it meets the Strydpoort Mountains. It is a wilderness in the true sense of the world – no trails (there are some trails, but you don’t have to stick to them), no toilets, no hiking huts.

In actual fact, you will probably have to scramble your way through thick bush, brave steep inclines, descend into bottomless gorges, and boulder hop across rivers. All for the joy of a true connection with nature.