Now reading: Back from Rocking the Daisies

Starting just three years ago, the folk and rock festival, Rocking the Daisies, has fast become one of the best music festivals in South Africa. It takes place on a farm in Darling, on the West Coast, and is one hours drive from Cape Town, making it a pleasure to attend for most locals. Combining eco, green and live music themes, it constantly aims to educate followers on living more consciously, giving back to the environment and reducing their carbon footprint.

Although messages are difficult to get across to loud and drunk revellers, the organisers pull out all the stops to be consistent. Most merchandise is made from Hemp, bio-degradable materials replace styraphome, trees are planted to make up for the carbon emissions of all the festival goers driving to the venue, who are also encouraged to bring at least 2 passengers for the drive and even the programs are printed on recycled paper. 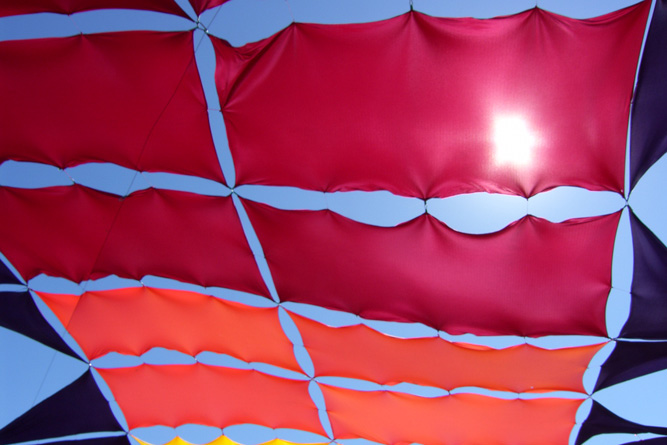 “Rocking the Daisies” derives its name from the equisite landscape that bursts to life from September, on the West Coast. The brilliant flower display has inspired a country wide pilgrimage for years, and now international tourists of all ages and from all origins make the floral expedition. The kaleidoscopic landscape seems like a dream, where the flowers stretch further than the eye can see and offer an unrivalled experience in natural beauty.

Folks from all walks of life make their pilgrimage to the festival for their own experience. Whether it be music appreciation of some of the best bands in the country, the amazing energy of thousands of people rocking out to the rhythyms or to spend the weekend camping with friends and occasionally strolling over to the main stage, everyone is catered for. This year the organisers arranged separate venues for comedy acts, drum ‘n bass and electronica, all within a short distance of the main stage, which showcased live bands from morning until past midnight.

Music styles varied from Midnight Oil influenced protest bands, through to ska, hip-hop, rock, blues and folk. They also boasted their first international act who fitted in well, sandwiched between popular local rhythyms. There was a massive bar that catered to the African thirst, a tent filled to the brim with food stalls that largely comprised of established restaurants from Cape Town cooking furiously for the hordes of the hungover and a field of crafters pedalling their wares. 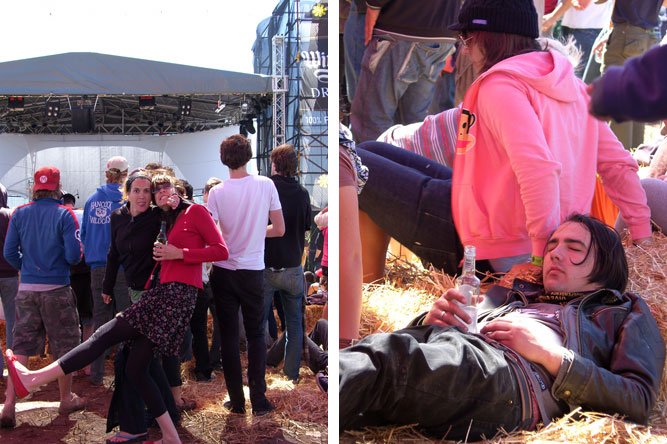 A picturesque dam provided welcome relief to those wanting to escape the crowds. I saw some daring souls brazenly take to the waters, even though the temperatures must have been close to zero the night before. Streams of youngsters were constantly flowing through the walkways, adorned with rock chic clothing and punk accessories, festival gear and wellington boots!

The land had turned to mud after the first thousand people arrived and you could spot the seasoned daisy-goers because they were wearing their wellies! Jubilation was constantly infusing the air, as friends met up and sang along to familiar tunes.

The best part of “Rocking the Daisies” has to be chilling on straw bales infront of the main stage with a breakfast roll and coffee in hand, recovering from the night before, to the soft sounds of folk. Before you know it, it’s time to start nursing a beer again, and get on your feet for some soul warming ska beats as you fade into the crowd, the sun warming your shoulders and the music tickling your toes!