Friends of mine were not exaggerating when they described Montagu as a Victorian village, with streets lined with Cape Dutch style monuments. The quaint town, set on Route 62, surrounded by vineyards, fruit orchards and mountains is indeed a perfectly preserved village that makes one feel as if you have stepped back in time. Long and Bath streets are riddled with white-washed, thatched roofed and grape-vine stoeped buildings that during autumn are rife with red, brown and barely there renditions of the fruit vine that make one itch to stay here forever.

It is no wonder that people are queueing to get in here. And property is still vaguely affordable too, or at least prices for houses haven’t fallen completely off the radar as is the case with some popular towns in the Western Cape. And Montagu, despite its obvious popularity with the retired set, is anything but stuffy. There are a lot of vibey happenings here in amongst the perfectly maintained historical monuments. 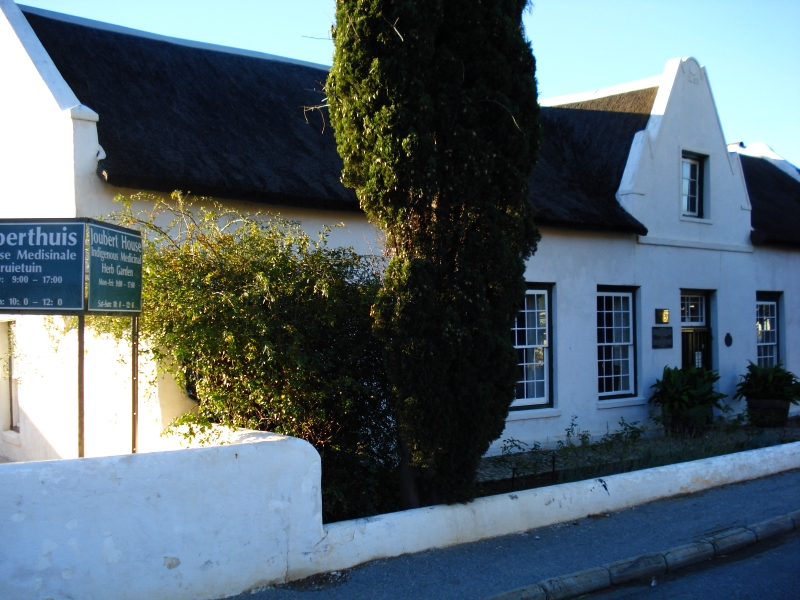 For instance, there is the Mystic Tin, a rather posh and most un-Montague-like (in the sense that it has earth tone walls and is without a thatch) backpackers at first glance but also a microbrewery that produces two kinds of Karoo brew – a light honey ale made from Langeburg mountain water, sweetened with wild fynbos honey, and a darker draught, made from dark roasted or chocolate barley.

There is the wool shop on the same street (next to the Post Office) that has managed to entice a whole following of (not so old) knitting fanatics who are producing bright and hip wraps, blankets, scarves and the like.

A number of child-friendly venues, such as Café Fresh, Die Stal, Die Kloof Padstal, and The Orchard mean that a younger set of people call Montagu home, and the weekly Montagu Village Market in Euverard Park brings all and sundry out of doors to meet, greet and trade in a thoroughly convivial atmosphere (if you really want a taste of Montagu life, this is the place). It’s hard to beat this sunny combination, particularly as there are other draw cards to the village too. 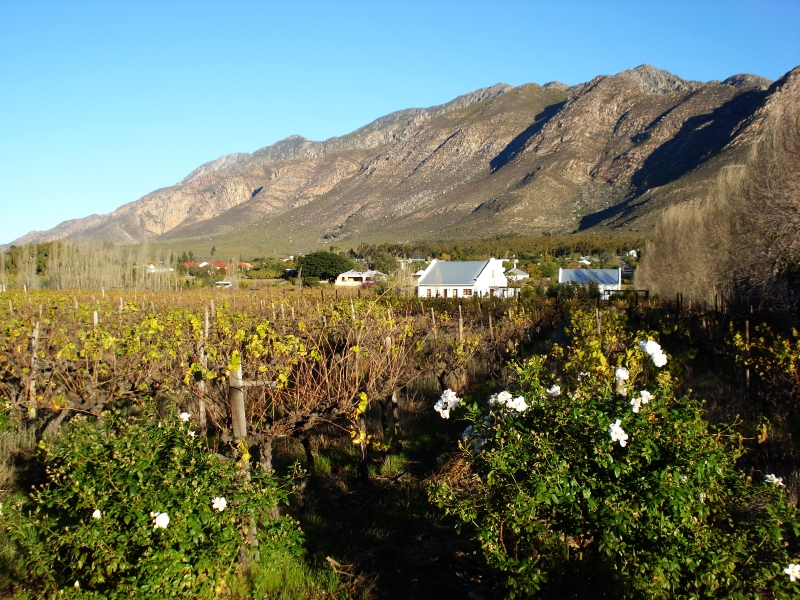 The famous hot springs that on closer inspection double as the local hangout for the high school kids during the holidays, have attracted people to Montagu for years. There is the gorgeously stately NG Church at the bottom of Church Street, the ‘bird tree’ on the edge of the bird sanctuary down the end of Bath Street, which is really a sight worth seeing at roosting time, and the hole in the wall – the beautiful little ‘tunnel’ as one approached Montagu from Ashton at Cogmanskloof. And there are hikes, wines, arts and crafts, no fewer than 23 places of worship, and numerous places to stay. All in all, Montagu is a great place to be!

And the views are pretty spectacular too. Wherever one looks there are mountains, which isn’t surprising given that Montagu is described as the ‘mountain mecca’ of the Cape. If you’re after picture moments then strolling the streets, particularly Long Street where you will find 14 of the town’s 22 national monuments in a series of Georgian, Cape Dutch architecture, is a wonderful way to begin your visit in the little town.

We stopped off at the town’s Tourism Information, just across the road from where the town holds its Saturday market, to pick up leaflets and gather information on the town’s history. As accessible as the town is today, Montagu was completely cut off from the main trek routes in the ‘old days’ because of Cogmans Kloof – Montagu was in fact known simply as ‘agter Cogmans Kloof’ it was so isolated – and it wasn’t until Thomas Bain built the famous pass and tunnel that trade began in the area. 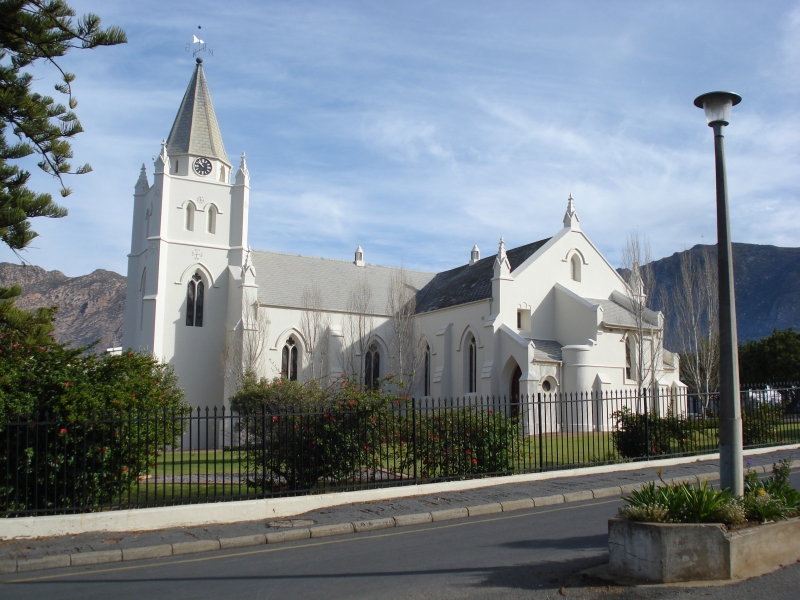 It was in 1936 that the town took on the mantle of a ‘health resort’ because of its thermal springs just outside of town – you’ll need to drive there, or take Lover’s walk, which meanders through the mountains, crossing the Keisie River a number of times before reaching the kloof of the springs. You might have to turn a blind eye to the typical 1970s resort style facilities though (it’s not the prettiest of resorts), but the natural surrounds are quite beautiful, and the water has restorative and healing qualities.

A great many rather wealthy people thus bought holiday homes here during the early 1930s, and it possibly explains the upkeep of all the historical monuments – if a town has five millionaires, as it did in those days, it is bound to concern itself with such issues.

In 1950 the town held the very first wine festival in the country, amidst grave concern that there would be much drunken revelry. As a result, committee members arranging the festival had to promise that there would be no debauchery whilst wines from surrounding wine farms were served, so as not to bring dishonour to their products. My, how times have changed…

We took a stroll through the Montagu Nature Garden, all but forgotten up at the end of Van Riebeek Street. This very pretty garden is perched just above the town with wonderful views onto the mountains – no wonder it’s described as ‘a place where mountains rise, eagles soar, tortoises trundle and nature astounds’. The idea behind the garden is the preservation of indigenous wild flowers and plant species of the Klein Karoo, and there is a circular walk that is relatively easy to do in an hour, and includes some beautiful views back over town, if you’re prepared to climb to the top of Bessieskop. 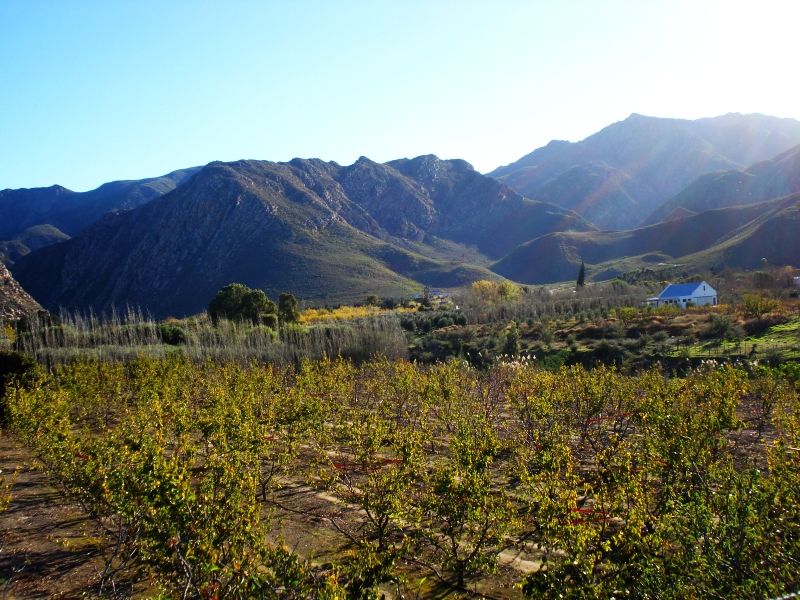 To eat and drink: