Bo Kaap’s location, just above Cape Town’s busy CBD, may be explicitly stated in its name (bo meaning ‘above’ in Afrikaans), but that’s just about the only thing obvious or boring about this quarter of culture in Cape Town. Tucked into the slopes of Signal Hill, the area is steeped in a rich history. 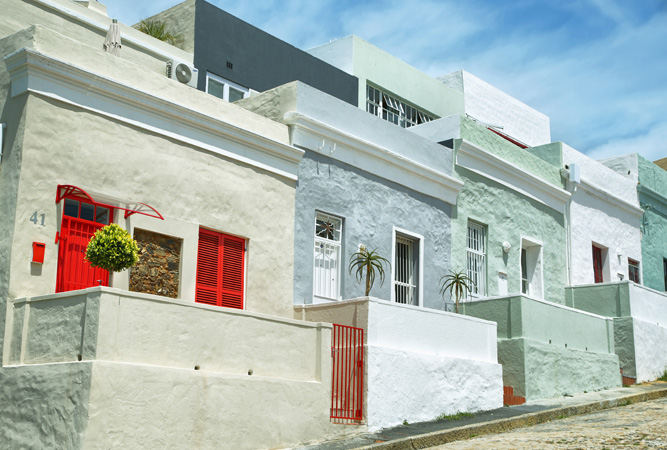 Many of Bo Kaap’s inhabitants are descended from the slaves brought to the Cape by the Dutch in the 1700s, hailing from India, Malaysia, Africa, Sri Lanka and Indonesia. The people making up this rich mixture of cultures were universally, though incorrectly, labelled ‘Cape Malay’, as was their flourishing architecture and cuisine.

Today Bo Kaap is home to just over 6000 people, 90% of which are Muslim (a result of the area’s classification as a Muslim Residential area during the country’s apartheid regime). This seemingly homogenous demographic makes for an incredibly robust cultural experience for anybody visiting the lively suburb … 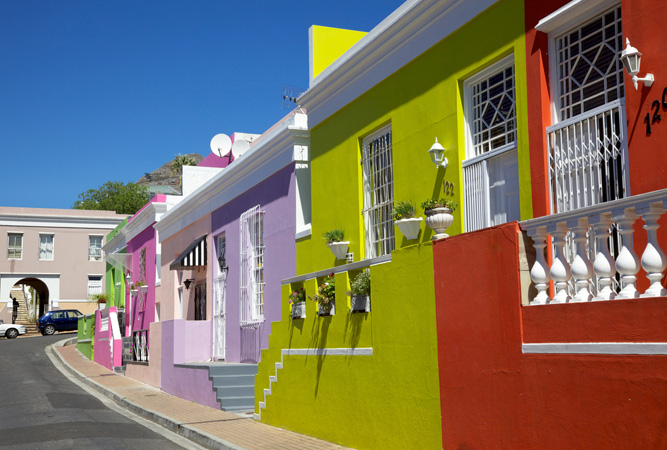 It’s well worth a wander around the romantic cobble-stoned streets to take in the architecture of the Bo Kaap, much of which dates back to late 1700s. Though influenced by British and Dutch styles, the mostly semi-detached houses have a character of their own thanks to their brightly painted walls whose colours range between anything from lime green to rose pink.

Probably the most distinguishing collective feature of each house is the front ‘stoep’, elevated from the street and usually surrounded by a railing and furnished with a ‘bankie’ or bench, upon which one can imagine families and friends socialising in the cool of the evening.

The oldest such dwelling is found at 71 Wale Street. Reportedly dating back to the 1760s, the building was converted into the Bo Kaap Museum in 1978, and is furnished as a 19th century Muslim dwelling. It documents the history of the ‘Cape Malays’, and the contribution of these skilled craftsmen and scholars to the history of the Cape as a whole.

The yellowwood floors and ceilings were restored to reinforce the old Cape Dutch feel, as were the teak window frames, doors and shutters. One of the rooms is furnished as a bridal chamber.

Of course, in a predominantly Muslim neighbourhood that dates back hundreds of years, you’re going to run across a few mosques. One particularly worth paying your respects to is the Auwal Mosque in Dorp Street, South Africa’s very first, established in 1798. A Shafee mosque, governed by the doctrines of Indonesian Muslims, this building is the reason why 90% of the community are Shafee Muslims.

One should also visit the Karamats – shrines that are the burial sites of Muslim saints, of which there are three in BoKaap itself, and two just behind it on Signal Hill. The Tana Baru, the three sites in BoKaap proper, have been there since 1840, and are therefore a site not only of holy, but also of historical, interest. 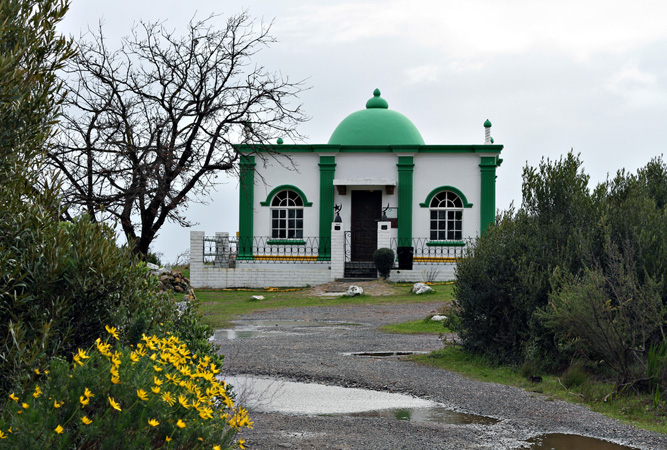 Cape Malay cuisine is very popular in the Cape, with its aromatic melding together of spices, herbs, vegetables and fruit. If you fancy you’re something of a curry cook yourself, then don’t leave without stopping in at Atlas Trading, where you’ll find every spice you’ve ever heard of – and many that you haven’t.

And if you’re around at that time of year, the annual ‘Coon’ or Minstral carnival on January 2 – ‘tweede nuwe jaar – is an all-singing, all-dancing, vibrantly colourful parade not to be missed. The celebration originally marked the one day off work per year granted to the Muslim slaves. 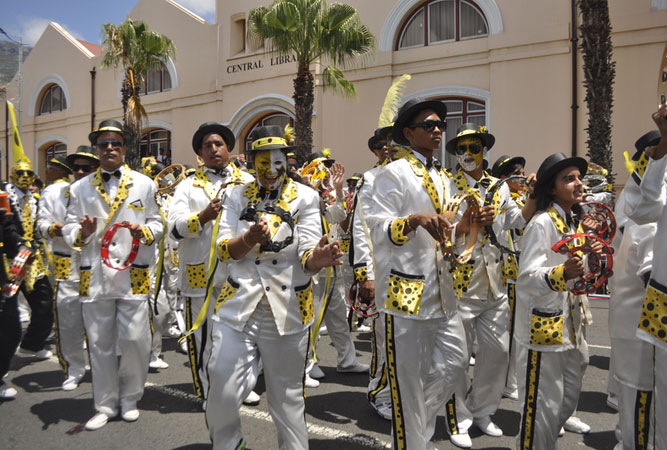