Let me let you into a secret about the Bontebok National Park: you see the most Bontebok in the park on the initial stretch of dirt road that leads to the reception. We spent a couple of hours driving through and around the park, on a not very busy day, and aside from one knot of roughly five buck, the rest preferred the national park’s perimeters, to the park proper.

If you are really sneaky, and your only intention for the visit is to land a sighting of these largish white bottomed beauties, you could drive in, take a few illicit pics with your zoom lens firmly in place, and head back out again. 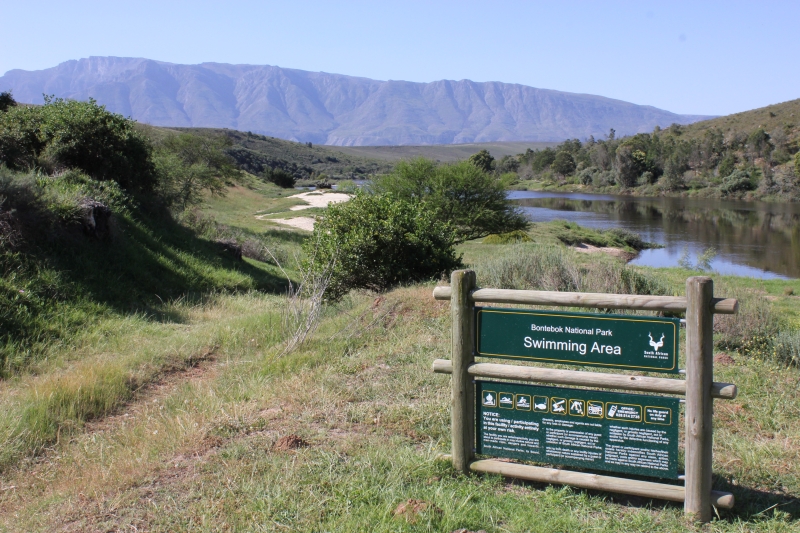 But you would miss out on the part of the Breede River that flows through the park, the opportunity to sight Stanley’s bustards, and the incredible views from up on the viewing point that takes in the sweep of the Langeberg.

Besides, it just isn’t the right thing to do now, is it?

Bontebok National Park is the smallest of the country’s 20 national parks. Despite this, it has a high density of fynbos species and a rare and endangered bird life to rival many others. It lies sufficiently close to the town of Swellendam (just outside the town, actually, with an easy access road) to make it fairly popular.

As its name suggests the park was formed to protect the Bontebok from extinction but people come here mostly for the 200 bird species that make the park their home, the chance to see zebra, red hartebeest and grey rhebok, and the opportunity to camp or stay in the chalets of the rest camp.

My response to the rest camp is that, despite being neat and tidy, and having some lovely modern chalets, there is little privacy as camp sites and chalets are virtually on top of one another – in similar style to other national parks, like the Kruger, I suppose. 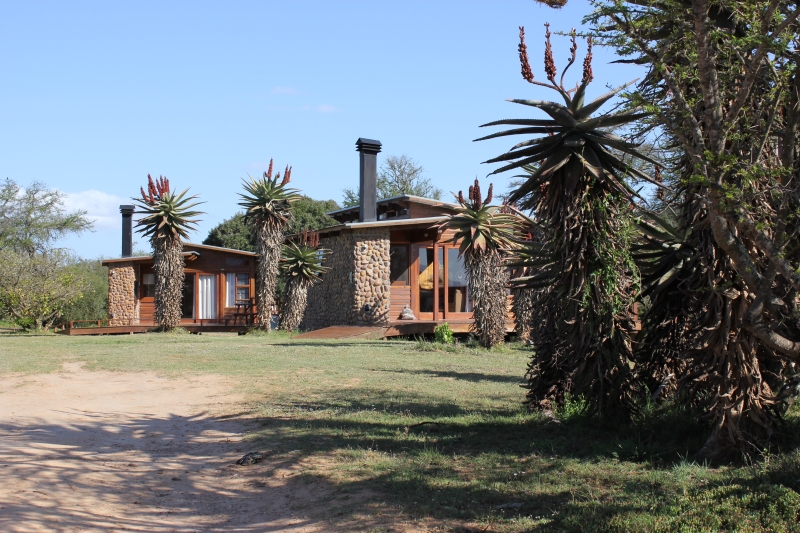 Which is fine, if that’s your idea of a camping holiday. Mine opts for more space, but as far as rest camps go it’s pretty and, if you can manage to nab one or two of the chalets on the banks of the Breede River, rather a lovely experience all round.

Most people head down to the banks of the Breede on which there are three hiking trails – outlined on the map you receive on entering the park. Be warned though, that it is already too hot to do these walks in mid-afternoon October, so by December (when most holiday makers head here) you’ll want to do these very early morning.

The river is beautiful. Birds continuously make their presence felt over the water and closer to the banks, and you are also allowed to swim, picnic and fish at the main picnic area. Here there is also what looks like a brand new conference centre with some pretty benches on a shaded veranda. This is accompanied by a sign that says ‘no day visitors’ – a pity, as I’m not convinced it’s used all that often.

My one criticism is that Bontebok appears a little overly bureaucratic – the directives on the map we received on entering the park were rather heavy on the DO NOTs as opposed to the can dos, and the park had at least three signs excluding day visitors from areas. Perhaps they have had a lot of misbehaviour in the park of late? 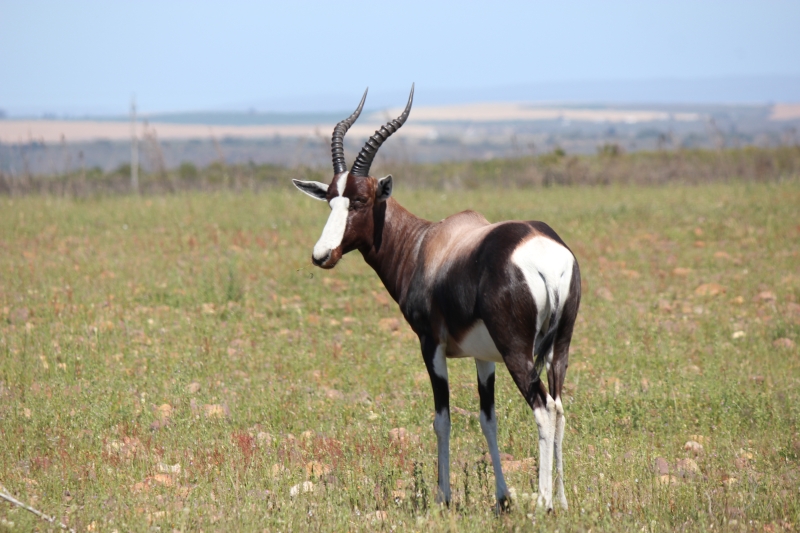 But the park also has major highlights: