Now reading: Bredasdorp – the fulcrum of the Overberg

A few too many people dismiss Bredasdorp. It is a commercial centre and is fairly big, hence it does not have the cutesy-pie look that most travellers have come to expect from holiday towns in the Western Cape. But scratch a little beneath the surface and Bredasdorp has more than a few surprises, and a wonderful sense of community that is worth a closer look.

If you visit the Overberg, and travel around a bit you will soon appreciate that Bredasdorp sees a fair bit of traffic, given that it’s on the way to quite a few places. If you’re intent on avoiding dirt roads, that is. 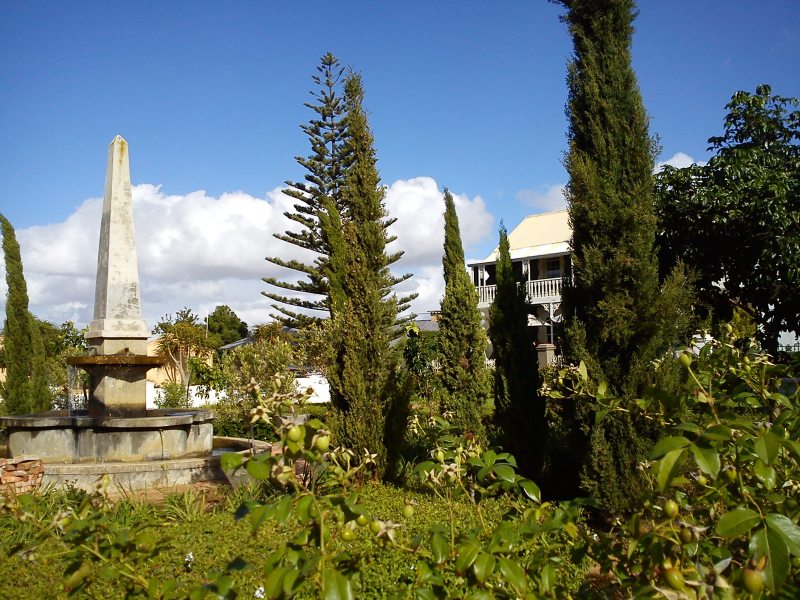 Bredasdorp is like a fulcrum into which roads lead from Arniston, Struisbaai and L’Agulhas, Napier, Elim and De Hoop Nature Reserve. In short, Bredasdorp really is the gateway to the southern most point of Africa, as the rather loud signage on entering the town stresses.

You could, like many people, simply drive through and dismiss it as a commercial centre, or take advantage of the fact that the town at least has a Checkers centre and a Spar to stock up on last minute goodies (because towns like Arniston do NOT have a shop in sight).

Or you could stop a while and head into the really friendly Tourism Bureau just above the PE Roux Memorial Garden on the square in Clarendon Court and find out a little more about it (for instance, did you know that Bredasdorp station is the southern most railway station in Africa??).

I have to admit that I would have defaulted to the above behaviour (rushing through) had I not been forced to seek help in Bredasdorp. Our visit was one of those holidays made up largely of public holidays, which made the fact that our break pad on the right wheel of our car gave up the ghost rather suddenly a tad difficult to negotiate. 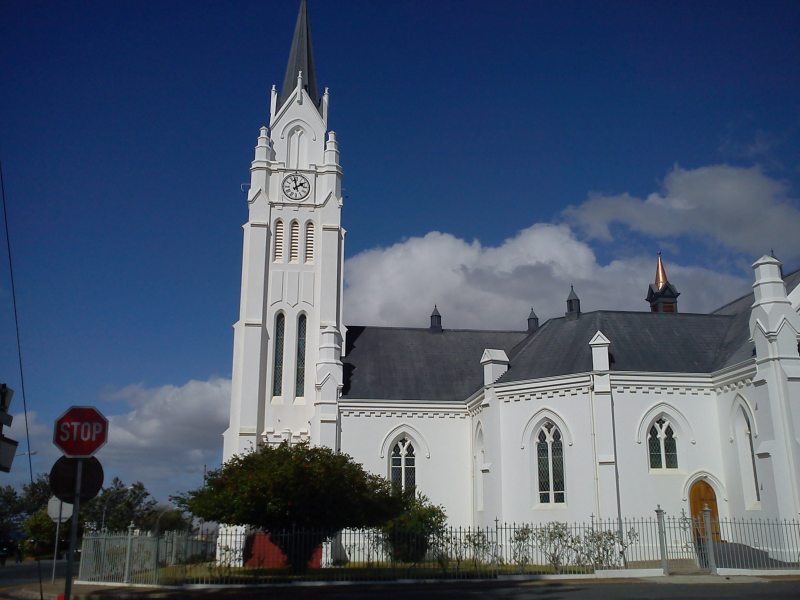 But small towns being small towns, it took Ilze of the Napier Farmstall in Napier only moments to pick up the phone to Metsy Motors – just turn right at Mozart’s and head up; it’s literally diagonally across the road from the Shipwreck Museum – to get us help, should anyone else find themselves in a similar predicament. And help us they did, one must give credit where it is due, in under an hour.

There was none of that “Oh, we need to phone around for a part, mam” business. I think it was the CA number plate that did it, personally, because the guy in the GP car next to us didn’t look nearly as pleased as we did. But the really great part about having your car fixed at the local garage right in the heart of town, is that you get to explore a little whilst it’s undergoing its transformation back into a vehicle that can drive.

The first little piece of history I learnt on leafing through the Tourism Bureau’s file of things to do and see, is that the rather low, whitewashed walls around the Memorial Garden infront of us, apart from the fact that the garden is named after a Mr Roux who was town clerk between 1917 – 1952, is that the higher your walls during the time when these were large plots that included sheep, the wealthier you were.

These walls kept your sheep in your property and out of the road. So slightly higher walls in those days were the equivalent to big cars and multiple garages today. 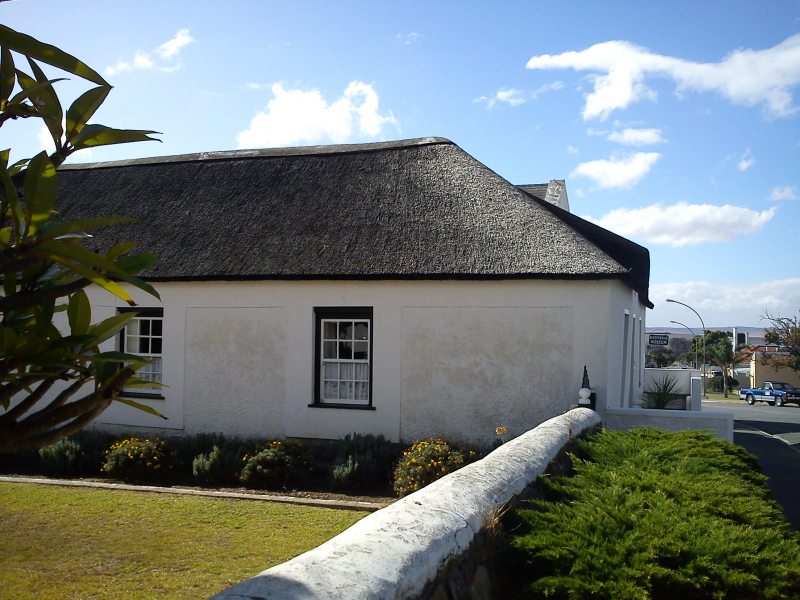 The other little bit of superfluous information is that to live in Bredasdorp is a great deal of fun. There’s a rather hectic social life that comprises rugby evenings for the guys and netball for the girls, after which they meet at a local pub. The girl behind the desk has moved here from Johannesburg to prove it, and she speaks English, which she agrees is just the most ridiculous thing as everyone else speaks Afrikaans, but she manages.

There is also a great historical walk you can do starting at the Tourism Bureau (you’ll find that it’s more-or-less smack bang in the middle of town). The buildings themselves are historical and the garden worth a walk through, even if it’s tiny by garden standards.

Head into Church Street after going up Clarendon and you’ll pass the Dutch Reformed church (it really is beautiful) and on towards the pretty Shipwreck Museum in a thatched building. It wasn’t open when we were there, but by all accounts (a friend of mine waxes lyrical about the museum) it is really worth a visit, particularly if you have boys in your family, as it records almost every shipwreck since 1673 – and there have been a lot off the coast of the Overberg. 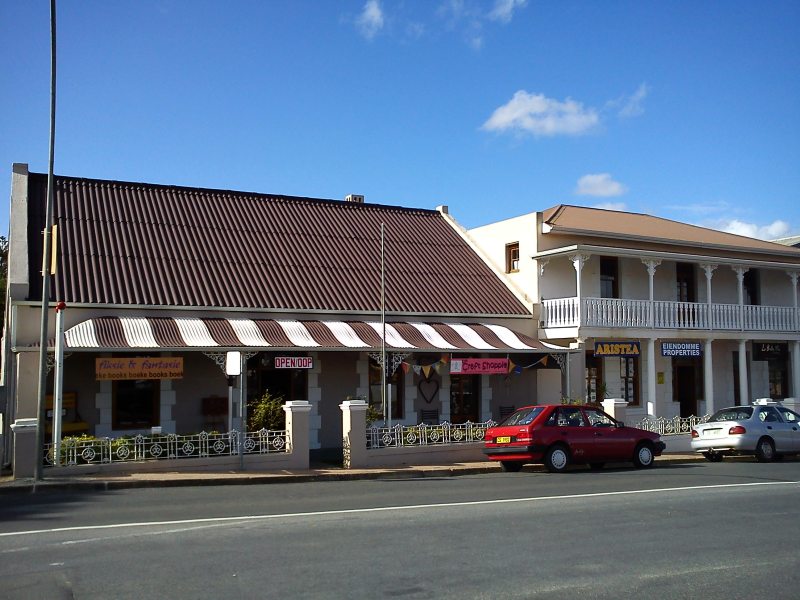 After the museum follow Independent Street up to the mountain and roughly three blocks later turn left into Hoop. Along here is the Old Jail, a beautiful stone building, whilst other architecture along this road is worth noting, especially as buildings are built right up against the street – we noticed this in some of the little alleys in Napier too.

Turn left into All Saints and you will see the beautiful Anglican Church, built in 1863, and then back into Church Street (you’ve now walked the block, so to speak).

Bredasdorp is by no means limited to buildings of historical value. The Heuningberg Nature Reserve lies at the foot of the Bredasdorp Mountains, famous for its rare, red Bredasdorp lily – April and May are good months. It also has some incredible views out over Arniston, De Hoop, Struisbaai and Soetanysberg, whilst there are a number of walking trails.

Two other nature reserves – De Hoop and De Mond – lie within 50 kilometres of Bredasdorp. And look out for the slight quirky Kapula Candles and Julian’s Ceramics and Art Gallery as they provide hours of browsing potential. 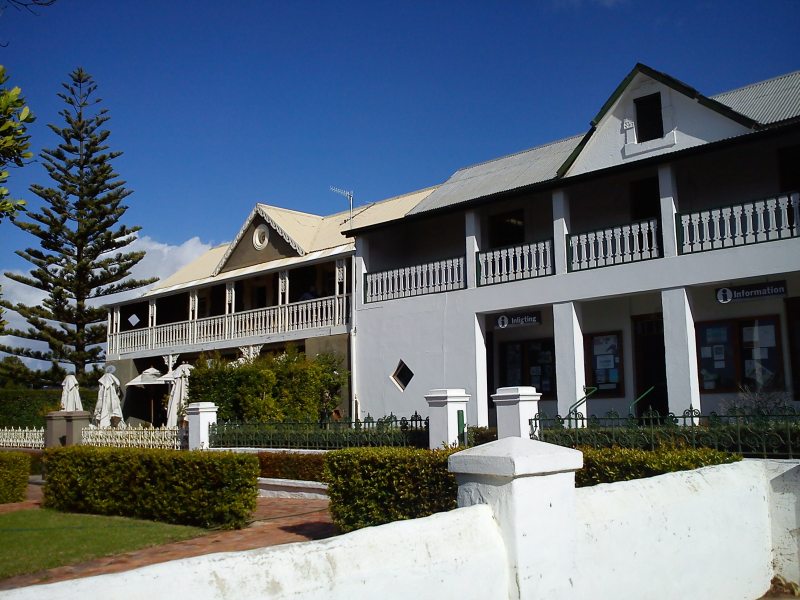 After helping the receptionist get the hang of swiping my Mastercard at Metsy Motors, it was all systems go and back on the road. A big tick next to Bredasdorp.

Which was just as well, as over the course of our travels in the Overberg, we were to pass through on more than one occasion.

And the name is pronouned bre-daas-dorp, not bree-das-dorp – for those who are interested.