I am lucky enough to have friends who have a family cottage in the Cape Point Reserve. It’s beautiful – set almost right at the waters edge and it’s completely private.  What a privilege to be able to spend a weekend there.

However, that said, it’s so beautiful that once there we never seem to venture any further into the park (apart from a weekend walk or two along the beach).  So, although I’ve been to Cape Point a number of times, I’ve never really done very much exploring. 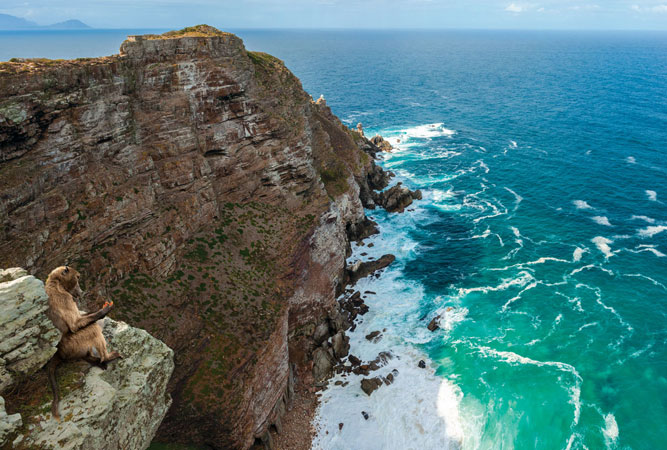 Last weekend my husband and I packed a small cooler box with a selection of mezze, crackers, the now customary Fairview cheeses and a slab of chocolate.  We filled Stanley (does anyone else have one of these brilliant flasks?) up with coffee and headed off along the coast, past Smitswinkel Bay to Cape Point Nature Reserve.

Typically at this point the petrol light came on so our afternoon plans of driving many of the circular routes went out the window but we did manage to make it to the lighthouse!

There are actually two lighthouses at Cape Point; the old lighthouse and the new lighthouse.  The first of the lighthouses (completed in 1857) was built 200 odd metres above sea level and this led to its demise – very often its warning light could not be seen through the mist and clouds.

After the Portugese liner ,the Lisitania, ran aground on Bellows Rock in 1911 it was decided that another lighthouse would be built.  The second of the two lighthouses is only 87 metres above sea level and is much more effective in keeping ships and sailors safe on the high seas! 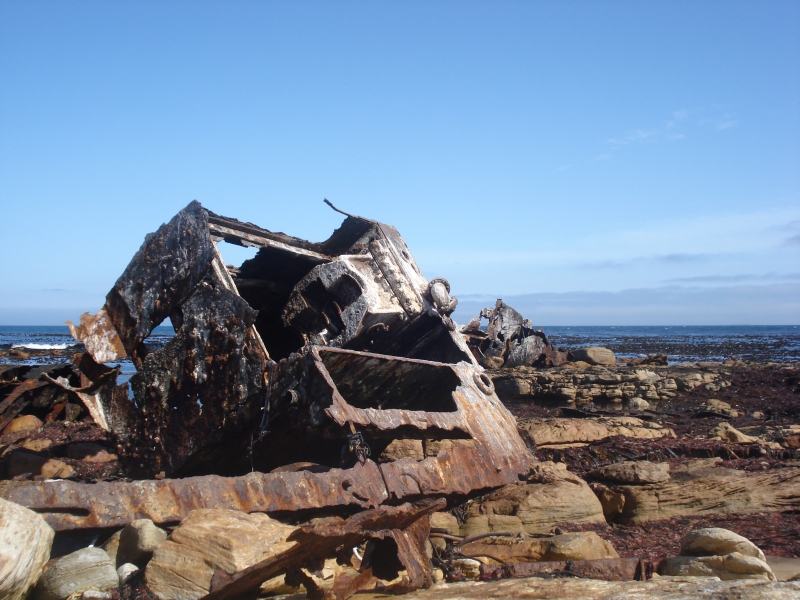 The walk up to the first lighthouse from the parking lot is quite steep – normally the Flying Dutchman Funicular is on hand to help one up the gradient but it is closed until April 24th for upgrading, so my legs took the strain instead.  The weather was beautiful though and really why would one want to miss out on a bit of exercise in the fresh air with the beautiful view of the sea and the small beach below?

After spending a few minutes at this lighthouse we doubled back on ourselves and made our way down the cliff path to the view point for the second lighthouse.  The path that leads all the way down to the lighthouse is out of bounds to the public but having a look at it was good enough for me – those cliffs looks treacherous! 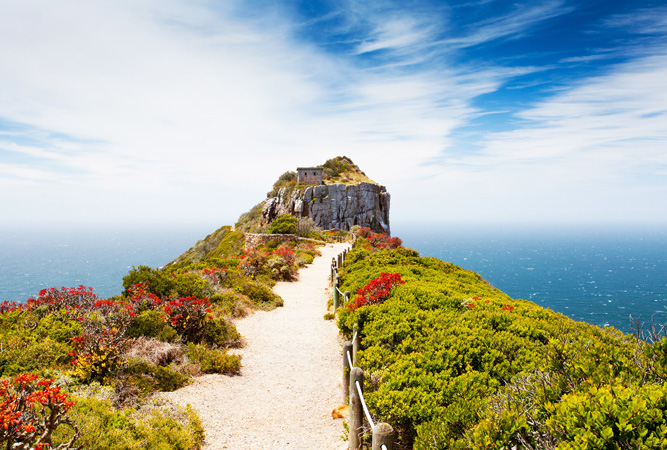 After we left the lighthouses we made our way to Buffels Bay.  There is a lovely grassy area for picnicking and tidal pools for swimming – well worth remembering when summer rolls around again.

We decided to have our late lunch on the rocks but had to relocate to the car to get away from the very brazen baboons that patrol this area (thank goodness for two other Buffels Bay visitors who tried, unsuccessfully to chase the troop away by brandishing a green umbrella!).  Those baboons are a menace and one is well advised to heed the warning signs throughout the park – “baboons are wild and dangerous animals and they should not be fed”.

We had a lovely afternoon out and will be going back shortly, with a full tank of fuel, to drive those circular routes!