Now reading: I thought I soy a sushi bar …

I remember myself, age fourteen, squidging up my face in revulsion at what I’d just put in my mouth. Not the actual taste of it, mind you – in hindsight I’m sure it was delicious – but the thought: raw fish wrapped in seaweed? I wasn’t having any of it. Until about a year later, when I couldn’t have enough of it.

Sushi definitely grew on me, and you’d be amazed how many Capetonians list this Japanese cuisine as their number one favourite food. Luckily for me, Cape Town embraced sushi in a big way a few years ago and I can now get my fix just about anywhere in the city. Just in case you don’t know, here’s a rundown of a few of the best places to grab a California roll or ten … 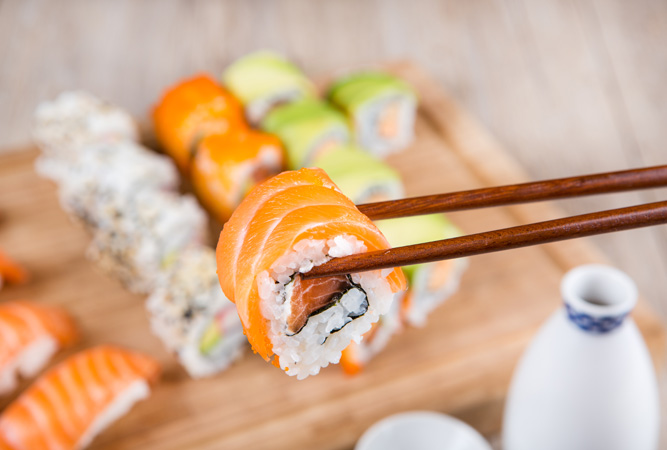 Willoughby & Co is an institution at the V&A Waterfront, thanks to a combination of excellent service and even better seafood. It’s almost never not busy, and they don’t take bookings so arrive in good time. Seen over by Asian Head Chef Sam – almost as much of an institution himself – the sushi is some of the best in Cape Town, and with an in-house deli and wine shop, this place ticks all the right boxes.

It may not have a sparkling façade, but Kubo’s Little Japan in Riebeck Street (the site of my virgin sushi experience) has other things going for it. The tiny restaurant (it seats around twenty people at a squash) has an incredibly authentic feel about it, probably due to the very little English spoken by the staff.

Perfectly light sushi and even more delicate tempura keeps those in the know coming back. Grab a lunchtime bento box special for a little over R70 (you won’t be disappointed) or ladies, go on Wednesday and Saturday nights for a discount. Just plan on an early dinner – Kubo’s is open, according to the signage, until ‘not late’. (Find Kubo’s Little Japan at 48 Riebeek Street, Cape Town. Telephone: +27 (0)21 421-4360). 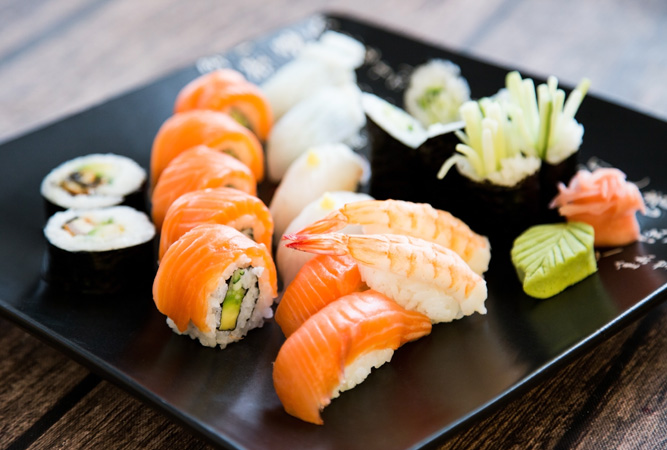 Certainly more aesthetic is Tank, in the chic Cape Quarter, one of the first sushi hotspots for Cape Town’s upwardly mobile set to see and be seen – and get some decent sushi while they were at it. Surrounded by a 20 000 litre, saltwater fish tank, you can guess how it got its name. (Find Tank at the Cape Quarter, 72 Waterkant Street, De Waterkant, Cape Town. Telephone: +27 (0)021 419-0007).

Equally trendy is Wakame. With its sweeping views (taking in Table Bay, Mouille Point lighthouse and Robben Island) and slick interior (wooden decking, cherry wood counters and multiple three-metre fish tanks), it’s a great place to munch a few maki while rubbing shoulders with other beautiful people. The selection is mostly traditional though, with only one or two original pieces. (Find Wakame on the corner of Beach Road and Surrey Place in Mouille Point, Cape Town. Telephone: +27 (0)21 433-2377).

Heading down south … oh, you thought Constantia only had wine? It’s also hiding Wasabi, a recent find at the Constantia Village shopping centre. The décor is tastefully stylish and cosy, with an open food preparation area, and the menu boasts some very inventive sushi that’s sure to please the most jaded palate.

Pop in now for winter platter specials, and leave a little room for dessert … the almond and marshmallow springrolls sound great but the Lindt Chocolate Eruption changed my life. (Find Wasabi at the Constantia Village Shopping Centre, Constantia. Telephone: +27 (0)21 794-6546). 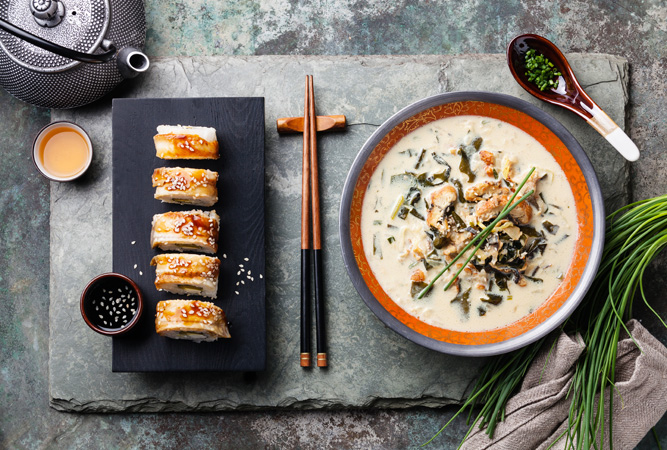 And, of course, ever popular with Capetonians is Beluga in Green Point (and sister restaurant Sevruga). With a menu of creative sushi (try the Samurai rolls – California rolls with a tempura prawn centre) and their famous half-off specials on both sushi and cocktails, you can see why Sundays see so many of us lounging around here. (Find Beluga at The Foundry in Prestwich Street, Green Point, Cape Town. Telephone: +27 (0)21 418-2948)