Cape Towns Big 7 have nothing to do with animals…

Instead, Cape Towns Big 7 is about seven unmissable things to do in Cape Town. The city has always had a Big 6 list of major tourist attractions, but to that it has added a city walk, embracing the idea of multi-purpose, liveable streets that focus on pedestrians.

Most of the Big 7 need little by way of introduction – they’re the reason people come to Cape Town. But the new City Walk adds a delightfully tactile element as it explores the heart of the city bowl on foot, its architecture, public spaces, art and storytelling woven through the route as a means to evoke community spirit.

There is no one way to explore the Big 7. Choose where you start, how you explore, and for how long. But for any visitor to the Mother City, a visit would be incomplete without their inclusion… 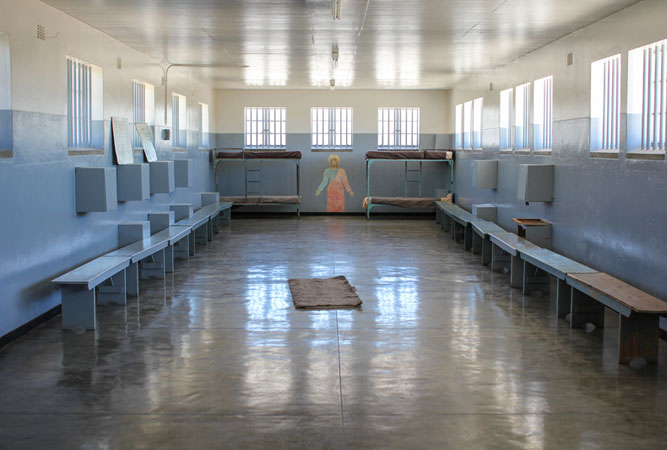 Head to the V&A’s Clock Tower, alongside the Nelson Mandela Gateway, from where you book your tour to Robben Island. The museum here, with its focus on the struggle for equality, is worth a visit particularly if you miss the chance to visit the island (booking ahead, online, is almost essential).

A short ferry ride takes you across the harbour to Robben Island.

Used as a prison right from the days of the VOC and now preserved as a Unesco World Heritage Site, your tour of Robben Island will take roughly 4 hours (ferry rides included).

It will include a walk through the old prison (yes, you will see Mandela’s cell) and a 45 minute bus ride around the island that includes the church, built when the island was a leper colony, and the lime quarry. 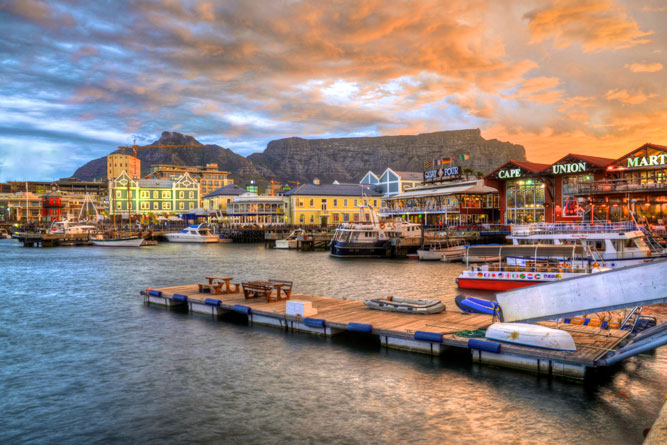 The iconic setting of the V&A, on reclaimed land at the foot of Table Mountain, is worth a visit alone.

But the historic working harbour – too large for container vessels and tankers, but perfect for tugs, fishing boats and sailing vessels – is a tourist mecca, with shopping and eating as its major focus.

The Alfred and Victoria Basins, named after Queen Victoria and her son Alfred, date back to 1860.

Don’t miss the opportunity to ride the Cape Wheel (the city’s answer to the London Eye) for the views, and look out for weekly Galileo Open Air Cinema screenings on the Croquet Lawn between November and April. 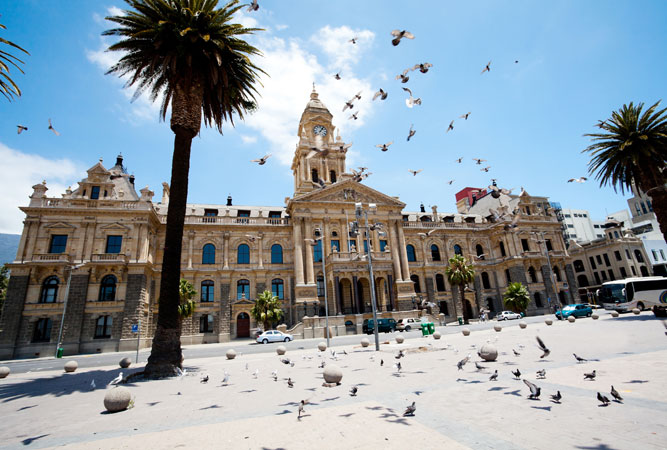 The new kid on the block, Cape Town’s City Walk is free. That’s a big bonus for travellers, and for anyone wanting a quick introduction to the city.

It’s been hailed as a ‘community placemaking project’, developed by Cape Town Partnership as a celebration of the wonderful, sometimes hidden and undiscovered, gems of the city with an emphasis on design and creativity. Best of all, the walk will keep growing as Capetonians contribute ideas, entertainment and stories to the route.

The route starts at Company’s Gardens down St George’s Mall to Waterkant Street, up the Fan Walk and to Andrew’s Square. It’s a morning walk on the 3rd Saturday of the month (next one scheduled for19 March).

If you miss the City Walk, join Nielsen Tours for a series of free city walking tours, 365 days a year. Tours work on tips alone.

You don’t need to book, simply arrive at Green Market Square on Shortmarket Street (look for the yellow umbrellas). 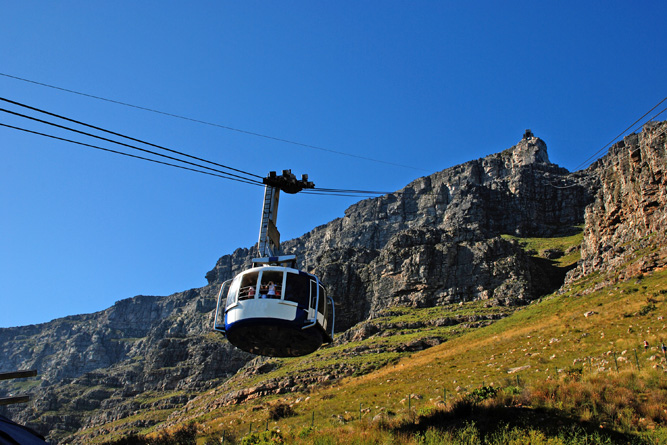 Every visitor to the Mother City heads up the mountain.

Most of them via cableway (which you will be happy to hear is now carbon neutral), unless climbing the 1086 metre-high peak whilst breaking into a sweat is your idea of a perfect morning (there are plenty of people who do, do not chuckle too loudly).

The revolving car not only gets you to the top in a mere five minutes, it is also provides superlative views.

It leaves every 10 minutes during the summer months, and every 20 minutes in winter. Except when the wind blows, which in Cape Town is often, when it may close. 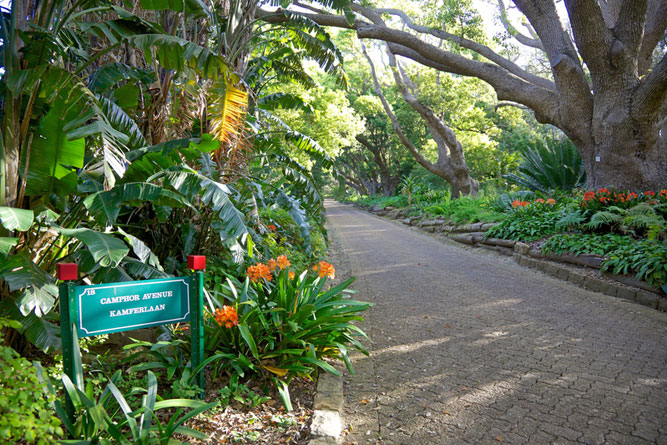 It is of the most beautiful gardens in the world with 9 000 of Southern Africa’s 22 000 plant species on display.

It is an excellent spot to see fynbos, named by the Dutch who were, by all accounts, rather nonplussed at seeing lots of scrubby bush (fijn bosch) rather than trees on the hillsides of the Cape. 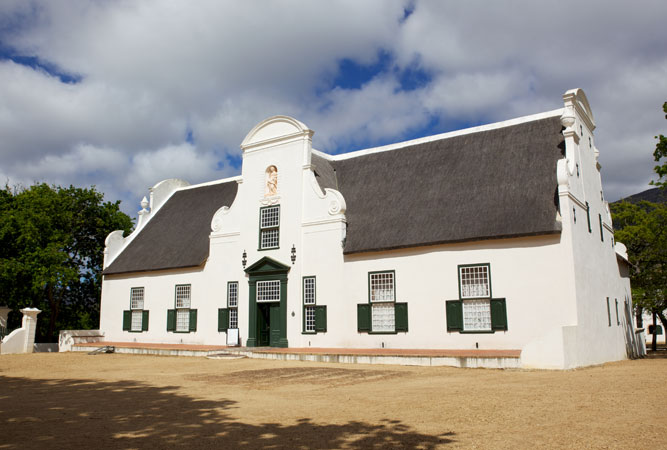 The estate is a national monument kept in fine nick and the drive up the avenue of oak trees is enough to make you want to stay awhile.

Set aside at least half a day as between the museum, art gallery, wines, cellar tours and restaurants there is plenty to keep you occupied. 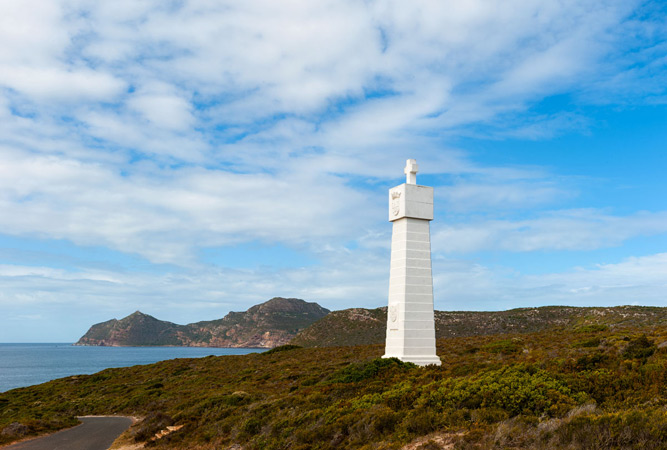 The Cape, over which much of Cape Town sprawls, reaches its southern point within one of the country’s most beautiful national parks.

Known as the Cape of Good Hope the scenery, fantastic walks, incredible bird watching opportunities, and often desolate beaches, make this one of the most beautiful destinations of the city’s Big 7.

Don’t leave it too late in the day, however, as getting there can take just under an hour, and the queues to enter during peak season can limit your time in the park.

One of the highlights is a 150 year old lighthouse that sits perched atop ragged cliffs pounded below by the Atlantic. Include the 1 km trail from the old lighthouse to the new. 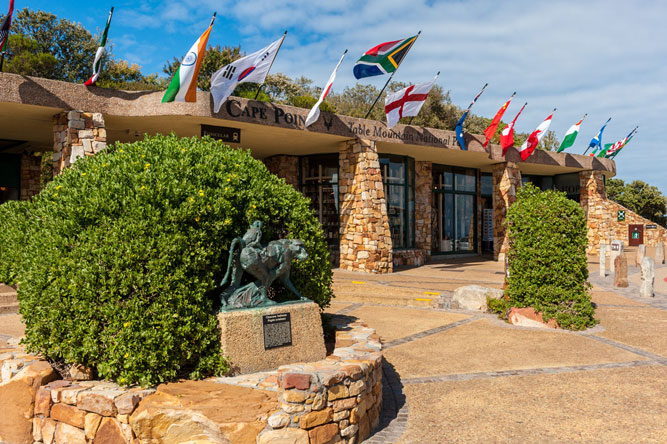