Is it just me, or has the Neighbourgoods Market at the Old Biscuit Mill in Cape Town become ridiculously busy, over priced and just plain unpleasant if you happen to arrive at any time past 9am, and who doesn’t?

I’m the last one to knock the Neighbourgoods. They’re a first-rate market – they’ve outlasted the very best, they’ve set the benchmark as far as excellent food markets go, and could rival any similar European market. But enough already. It’s really time for another market in the city bowl. 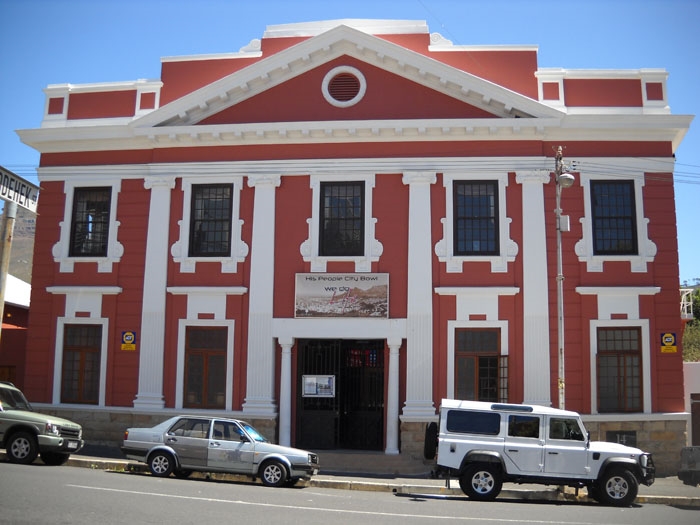 Enter stage left – the City Bowl Market On Hope – situated on the rather obscure Hope Street in Gardens, which, not being a city bowl dweller myself, I managed to capably miss for twenty minutes before finally finding it (but I did get to drive around Gardens, which was lovely).

I must admit to being a little sceptical on setting out for the market. Cape Town has a lot of weekend food markets. Some of them have come and gone with alarming speed, whilst the stalwarts – like the Earthfair Market, the Porter Estate Market and the Neighbourgoods Market – have gone the distance. How can one more market carve a niche for itself?

That said, I arrive to find it housed in an absolutely gorgeous period building with a fantastic atmosphere – it’s really unpretentious and relaxed, and people spill out of here as early as 10am with their baskets already filled with vegetables and fruit. Best of all, there is easy parking. 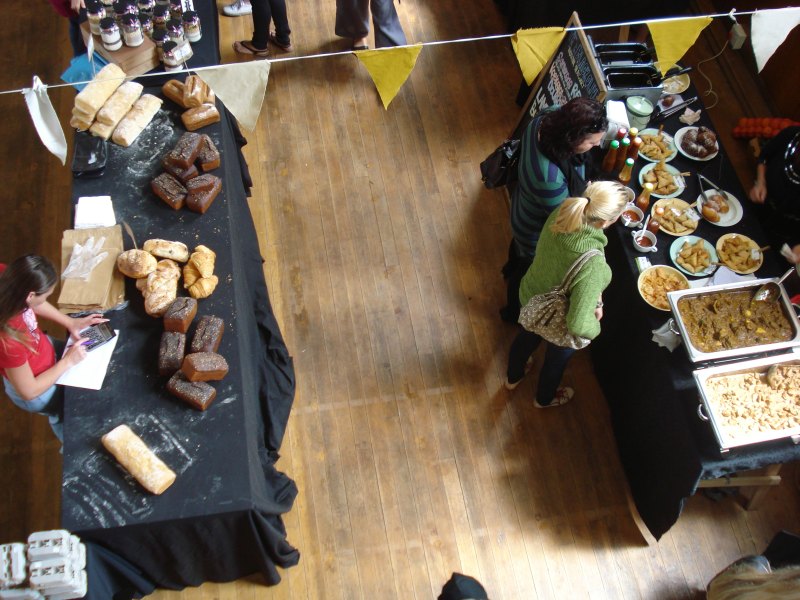 “We really welcome everyone,” says Madelen Johannson, the market’s organiser who hails from Sweden, pointing out an enormous greyhound lurking around the vegetables with a smile. “Big or small, dog or cat, children and friends, this is not a niche market aimed at only a select segment of society.”

Madelen must be doing something right. For a market that’s only been running for six months the place is heaving by lunch time, but not enough to make you want to grab your bag and make a run for it. There is a pleasant, laid-back feel to the way people shop here, and the space has an almost serene atmosphere about it.

I’m not surprised to learn that the building, which was built in 1926 and now belongs to Madelen’s partner – Pug Roux – has served as a Jewish Synagogue and has been used as a meeting place for Jehovah’s Witnesses, Hindus and most recently, by a Christian church who hire the hall from Pug during the week and on Sundays. Their combined efforts have created a building with a serene presence that definitely adds something to the market. 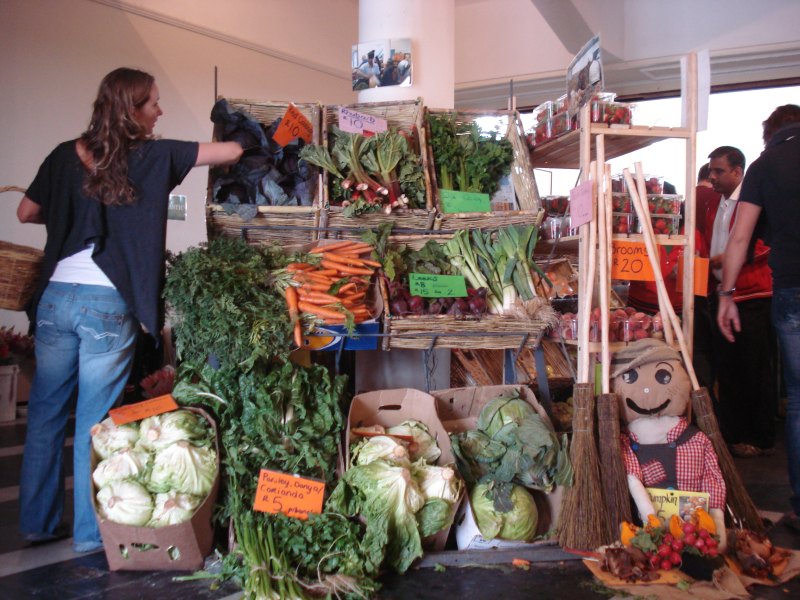 Trendy but unobtrusive music plays in the background, whilst the hall and the building have been cleverly used to make the most of the facilities. In the hall itself, the 20 to 25 stallholders’ tables are laid out around a central eating area, where you can collapse on a series of hessian straw cushions at trestle tables, which are using doors as table tops, with your plate of food.

Upstairs in the gallery, originally used for the women of the Jewish Synagogue, they’re serving Darling brew and wine, whilst there is another chill out area to the side of the hall with further shady nooks and crannies in which to sit and sip. I like the inner-city feel to the place.

Outside along the back of the hall, Madelen has put in a rather unobtrusive flat-screen television so that rugby and sports’ fans don’t have to miss out, and there’s a collection of people and their dogs taking in the World Cup along the wall outside a little fashion stall that doesn’t appear to be doing any business. 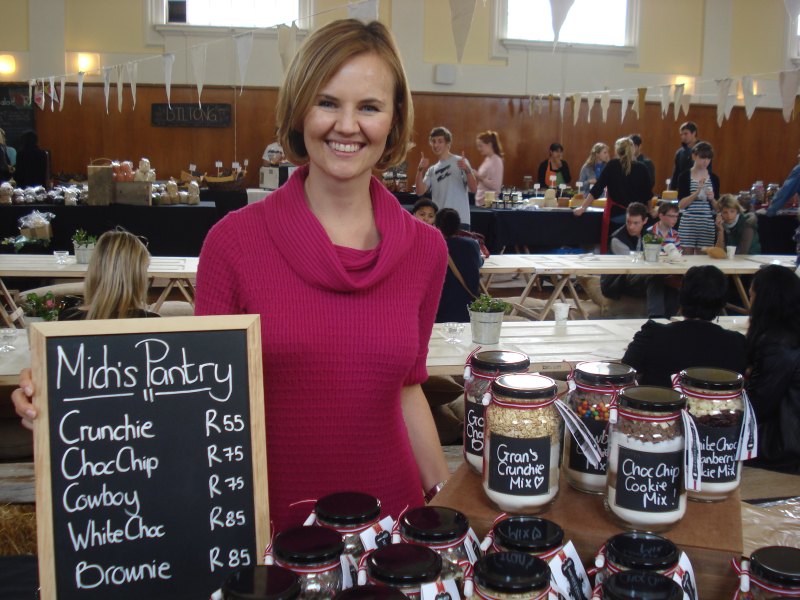 Out another door on the opposite side of the hall is a little garden with a children’s jungle gym, and upstairs there’s a further banquet hall, chandeliers hung from the ceiling, that hosts the once-a-month Fashion Market (held at the same time as the food market), which adds further sparkle and allure to the weekly event (reminder to self to attend the next one).

The food market’s intention is for visitors to go home with all their weekly food needs satisfied. With local food markets like these, you’ll only need the likes of Pick n Pay once a month, if you plan it right.

The vegetable and fruit stall ight at the front of the hall claims to handpick from farmers growing as organically and naturally as possible, but not necessarily certified. By the time I select my carton of strawberries and sweet potatoes there is a queue to pay for goods. I’m intrigued to see how they’ll solve my dilemma: I’ve left my shopping bag in the car, but the stallholder smiles and offers me a cardboard box. 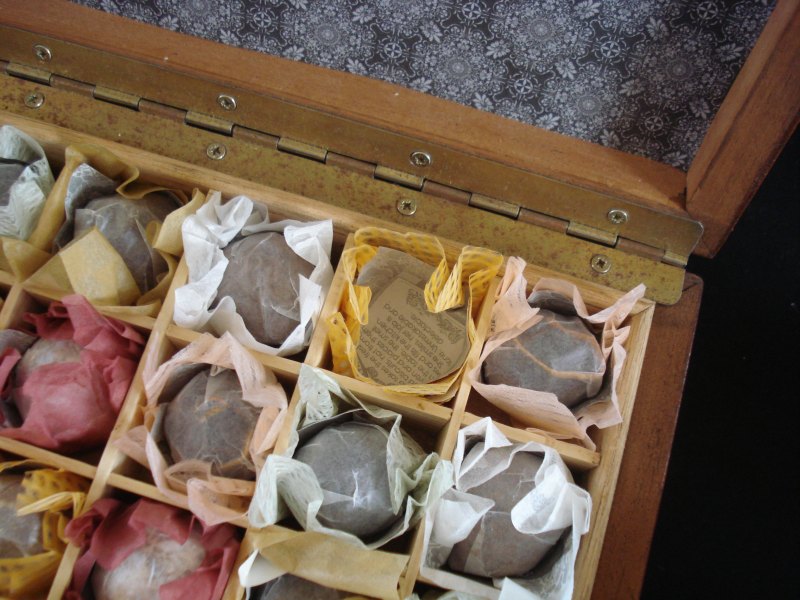 Just behind the vegetable and fruit stall there is an area for children where today they’re doing sand art, in similar style to the Earthfair market in Tokai, whilst to my right is Cherene organics where we pick up a strawberry plant for my son’s little vege patch at home.

Simply Wholesome sell free range chickens and other meat, Mich’s Pantry is an ingenious glass jar mix for crunchies, choc chip cookies and brownies to which you need only add eggs, butter and milk and voila, you’ve a batch to take to the oven. She also sells the mix in glass jars, making them easily recyclable.

I pick up a few fish cakes that serve as lunch a little later, that come without egg or flour, from Havah Catering just below the coffee stall that has found its spot on stage, where Bean There coffee is poured liberally for a growing number of visitors intent on their morning fix. Some of them sit in groups on cushions on the stage. 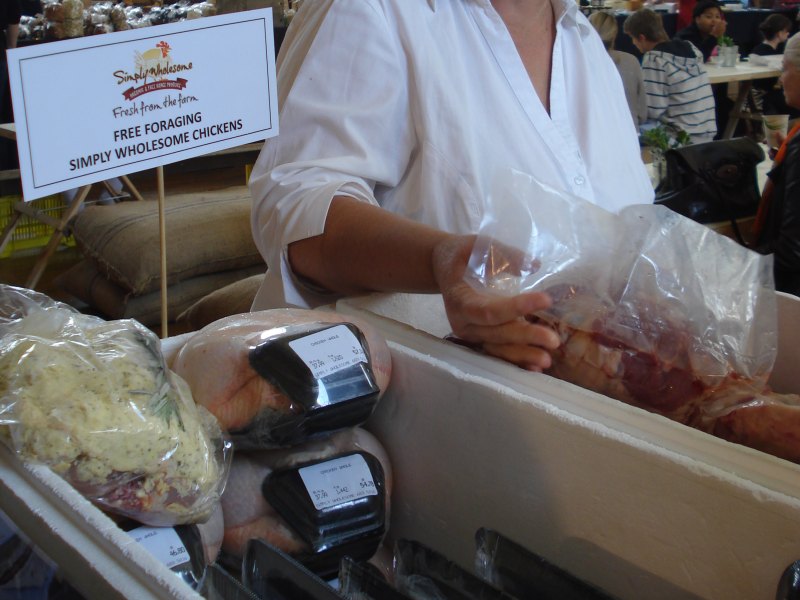 A little further along on I come across Saszali’s homemade chocolates, which, although a little pricey, seem worth every penny particularly as they come boxed and beautifully wrapped – ideal for Christmas gifts, if anyone needs any prompting. Saszali has also a range of specially designed cards, to match the individual flavour of the chocolates.

Calvin from Sashimi Tuna Steaks is a find, not only because his tuna steaks sell at really reasonable prices but because he’s also really good at typography and while I chat to Madelen, he draws my son’s name in larger-than-life letters.

There are breads, cheeses, take-away food, jams, Dr Juice who make a mean smoothie, Tai noodles, and a myriad other mouth-watering breakfast and lunch temptations, including a wonderful icecream stall where you can get a cone or tub for just R10. 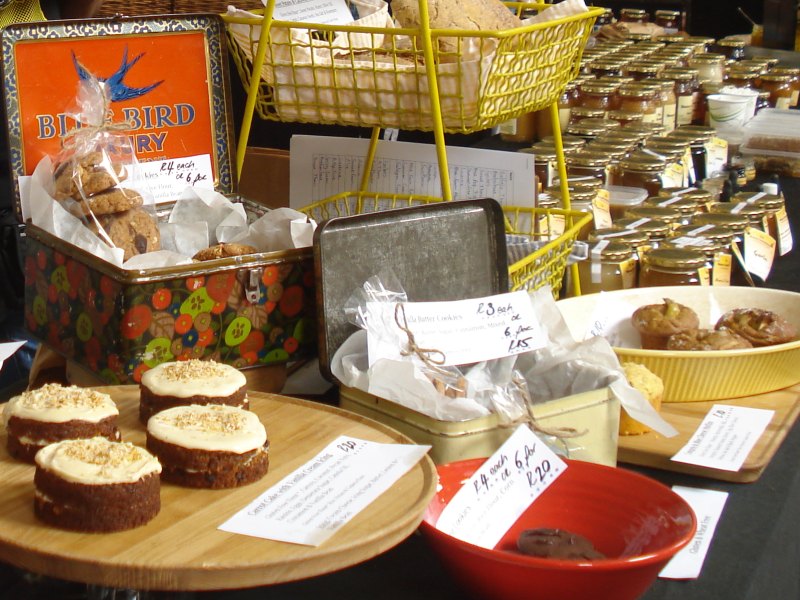 As Madelen says, what the Neighbourgoods Market has done for Woodstock, this market could do for Gardens. As we leave, we drive down a narrow little avenue known as Glynville Terrace, filled with Victorian style terrace homes.

Admittedly the neighbourhood needs a little work, but the prices of property here already reflect the general trend, and fashionable design studios and little restaurants are already making their presence felt.

It’s not long now before Hope Street becomes a pivotal part of the scene in Cape Town, a place at which to meet up with friends, a trendy spot at which to hang out.

Where You Will Find It: