On Wednesday I not only managed to sneak into an art exhibition opening and mingle with the art aficionados of Cape Town, but I also managed to snatch a moment of poetry at Kalk Bay Books straight afterwards.

I didn’t know the Kalk Bay Modern existed, until a colleague of mine insisted on stopping off in Kalk Bay en route home from Fish Hoek one morning, not only for the more than choice hot crossed buns at Olympia Cafe, but also to whiz through a collection of George Hallet’s photographs on display at the gallery, but that’s another story!

The Kalk Bay Modern lies above the bottle store and stretches above the heads of those dining in the restaurants that line this block of Kalk Bay, including the Olympia Cafe. Its address is 1st floor Olympia Buildings, just in case, after my uneccesarily detailed directions, you get lost. 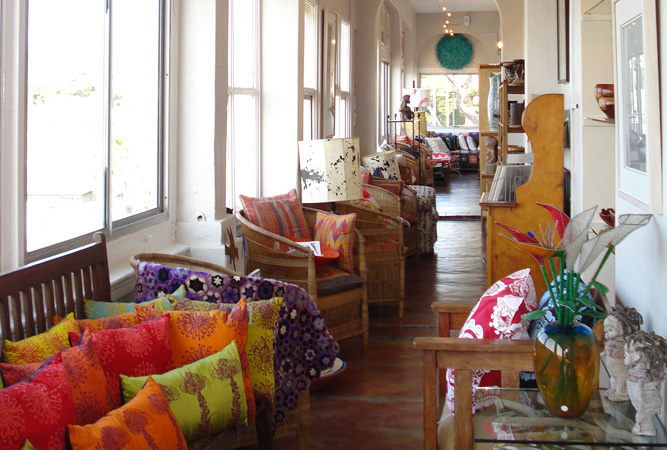 The Kalk Bay Modern gallery, which is also a framing shop, is notable for its incredible collection of contemporary modern art. It has beautiful views over Kalk Bay harbour, although when you’re looking at art on the walls, particularly at an opening, staring out at the views isn’t high on your list of priorities.

But nonetheless, knowing the views are there definitely adds to one’s experience of the gallery. It’s also an unusually shaped gallery – long and fairly narrow, with windows down the length of the side facing onto the street

That said, the Modern gallery certainly doesn’t feel constricted, hosting a craft shop and a collection of an ‘eclectic mix’ of local South African art talent along with quality crafts from developing community groups. If you want to experience South African modern art, then this is obviously a good place to do so.

I say this because I am anything but an art aficionado. Art appeals to me because of something I cannot begin to trace – mostly to do with bursts of primary colour and the artist’s ability to abandon pretention, but that’s a gut feel that has nothing to do with the commentary I heard around me on Wednesday night!

The gallery actively promotes local artists and designers. Aside from showcasing the textiles, ceramics, jewellery and photographic talent of the likes of Katherine Glenday, Christina Bryer, Yda Walt, Nic Bladen, Meagan Meredith, George Hallet, Amelia Smith and a host of others, they are also a window for local artists and crafters who make use of recycled materials, so you’ll find Heath Nash, Brett Murray, Willard Musarurwa and Wola Nani here too.

But we were there to see a collection of the works of Peter Clarke. This particular exhibition was entitled ‘A hot and quiet evening’. Peter works mainly with wood and linocuts, two ways of print-making that are regarded as similar and have been described as methods that ‘enhance and complement the simplicity and honesty of his subject matter’. 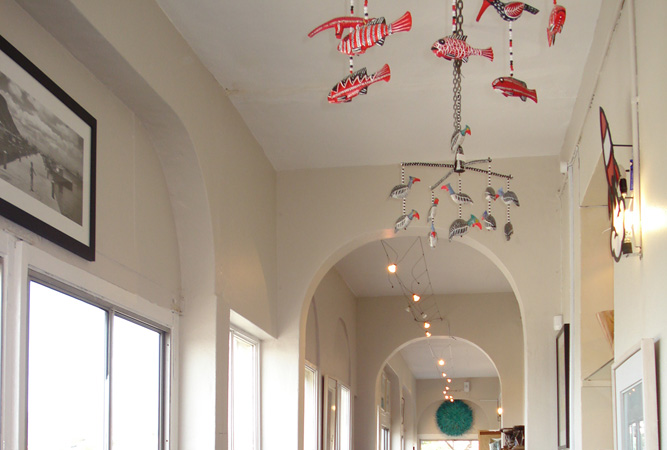 I didn’t know what linocuts were, so it was a whole new experience to learn that this is a printmaking technique in which one uses a sheet of linoleum into which one cuts with a sharp knife or chisel, so that the raised or uncarved areas almost act as a mirror image or reversal of the parts to show printed. You ink the linoleum sheet and then impress this onto paper or fabric, and the result is too beautiful and suits, in particular, these particularly African style works.

Peter Clarke, I learnt, is over eighty – although you would never have said that the little man who stood to make an eloquent speech after introductions, was eighty! Born in Simon’s Town Peter now calls Ocean View his home. I noticed that a lot of his works are tiny, but didn’t think to comment. It was only later that I discovered that this is because he works from his home, which does not have its own studio and that his works are small because practically he hasn’t the room to do large-scale works. Clarke is also an internationally acclaimed writer and poet and oscillates between the different forms of expression as the mood takes him.

He has illustrated books, written poetry, short stories, bound books, and, as a printmaker, has been influenced by the prints of the German Expressionists, Japanese woodcuts, and the works of Mexican artists Diego Rivera and David Siqueiros. I enjoyed his art, particularly a beautiful flower done in blue hues. His work is apparently selling like hot cakes, so get to the gallery before the pieces are sent to their new owners.

Book shops in both Obz and Kalk Bay regularly host off the wall evenings and we had but a block to walk up the road from the art gallery to the independent bookshop on the next corner. The atmosphere was a lot more subdued than that of the art gallery, and people were gathering, speaking in hushed tones as befits a book shop, before a mike that had been set up at a podium in the centre of the floor. 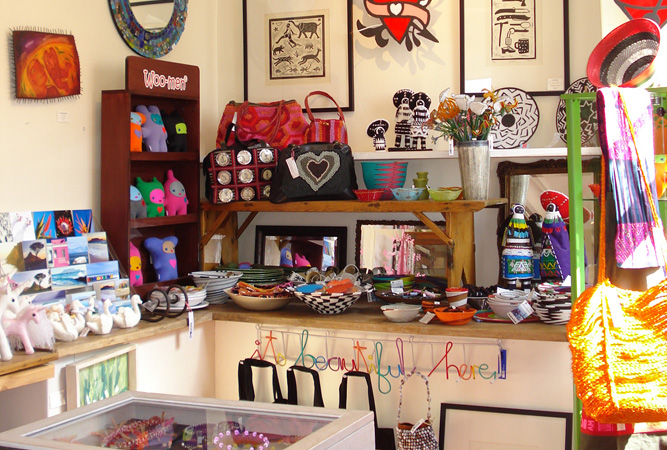 Off the wall is a regular poetry event aimed at poetry lovers and writers. They’re run by Hugh Hodge and it gives one the chance to listen to some of the city’s best poets read their own works. We were there to listen to Simric Yarrow read from his ‘Flying on the Lucid Fringe’ and other works.

Simric does performance poetry, which I found at once incredibly overwhelming and mesmerising. We are so used to seeing poetry as print on a page that we forget that poetry for centuries was spoken. Simric is also a musician and the skill with which he performs his poetry is quite astonishing and beautiful.

I think, because he was performing his own work, it was incredibly natural and almost like a second skin for him – I was blown away by the strength of his performance, but also the way he almost sang some of his lines that gave it a particularly unique movement.

We stayed until the break, whereafter the mike is opened up to anyone wanting to read their poems to a generous public. We left then but not before hearing that the next Off the Wall evening will host Finuala Dowling, an author and poet who lives in Kalk Bay and whose work I have both read and enjoyed.